It just is old enough to start worrying about bus factor.

Guy Macon wrote a very strong post making an argument that the Wikimedia Foundation is on an unsustainable hiring binge. One that would eventually lead to a forced sale to a larger Corporation.

Having worked in startups my entire career, I can see how an establishment veteran could pine for stability and think that “18 months of runway” is still insane. It is insane. Growth finance is insane.

However, I really wouldn’t want Wikimedia to do anything else but grow. I couldn’t care less if Facebook declared bankruptcy, but if Wikipedia sold, I would be really sad. This should theoretically put me on the same conservative side as the op. The difference is that I don’t really care for Wikipedia to serve me, I would rather that Wikipedia continue to serve them.

My (net) generation grew up at the tip of the Wikipedia revolution. A new generation is growing up today, at the peak of an enlightenment period. When I started getting AOL disks in the mail, connecting to the internet through a beep-boop modem, and playing the RedHat “catch Bill Gates” game, the Wikipedia site was a portal to other worlds. Wikipedia is like a “make your own undergraduate degree” program if you have enough time. It is hard to describe how valuable education can be, and WP is a keystone for modern self-directed learning.

Today’s (net) generation is growing up with cheap smartphones, not full keyboards. They get voice assistants, but no programming IDEs. They have money transfers, but no wallet. This is the generation that Wikipedia needs to serve today, and this generation includes billions of people. Across cultures, across geographies, to people who don’t know the difference between Facebook and the Internet, WP is a window out of that corporate world, into something akin to a traditional western education. This expanded literacy could remake the world’s condition, but only with a significant commitment from the institutions that have brought us this far.

This is not a finish line, it is the start.

To make good on its dominant Encyclopedic role on the Internet, Wikimedia needs to grow. Despite it’s age, Wikimedia is back into startup mode, trying to discover new ways to serve an Encyclopedia to the raw world. Not recognizing that, or shunning the opportunity, would put Wikimedia in a laggard position and there are always plan Bs. If this venerable institution wants to remain somewhere near the center of the internet, then it needs to be doing real business growth, which it sounds like it is. That is a good thing, and for all the good will it has created so far, there is still plenty to go around. I donate to the best Web Encyclopedia, whatever name it takes.

Wikipedia doesn’t have cancer, it has responsibility. 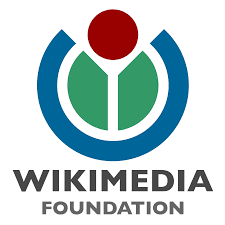 Ansible: Further plays are not executing if task in one play failed when multiple plays in a playbook

Writing an Azure Function in node.js to implement a webhook