Let's assume we have this simple (mobile-like) application. 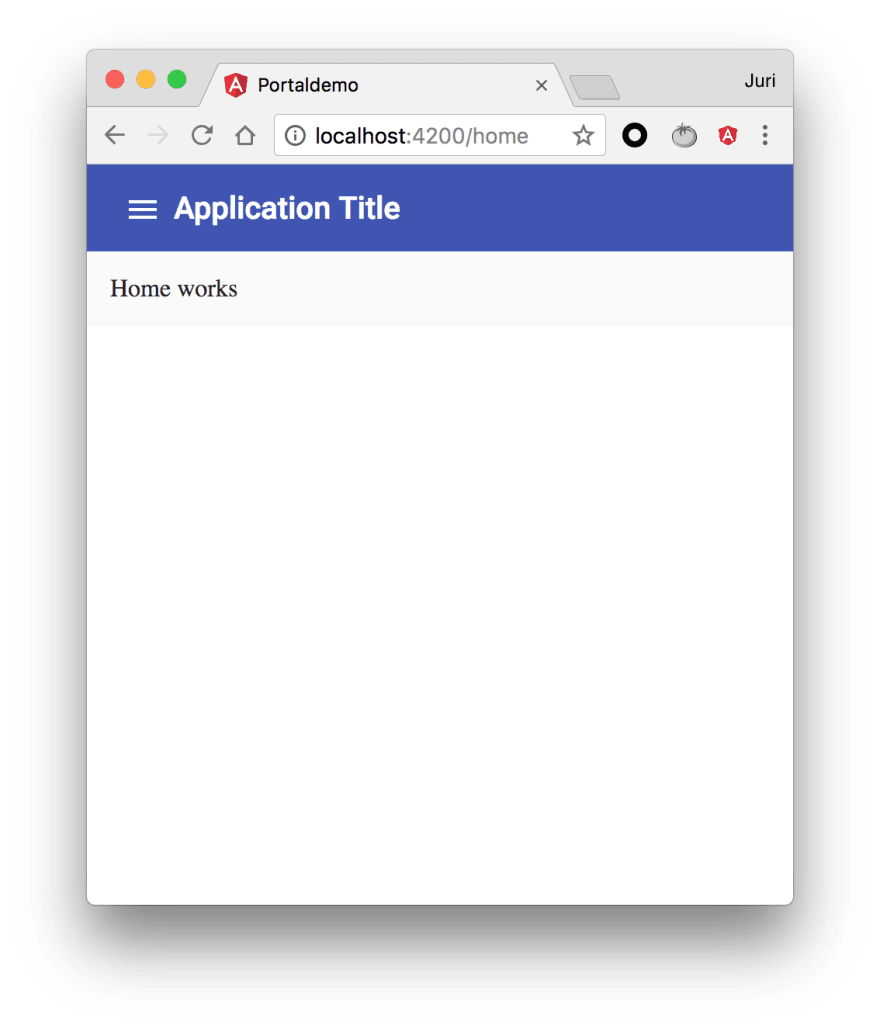 As you can see we have a toolbar with the side-bar menu button and application title, and a central area, currently displaying the home app screen. When the user clicks the menu, he/she can navigate to different screens as you might expect. Each of these screens (i.e. our routed components) has a set of specific actions. Whenever the routed component gets activated, we'd like to display those actions (lets call them page actions) inside our application's toolbar. This is a common scenario especially in mobile apps. 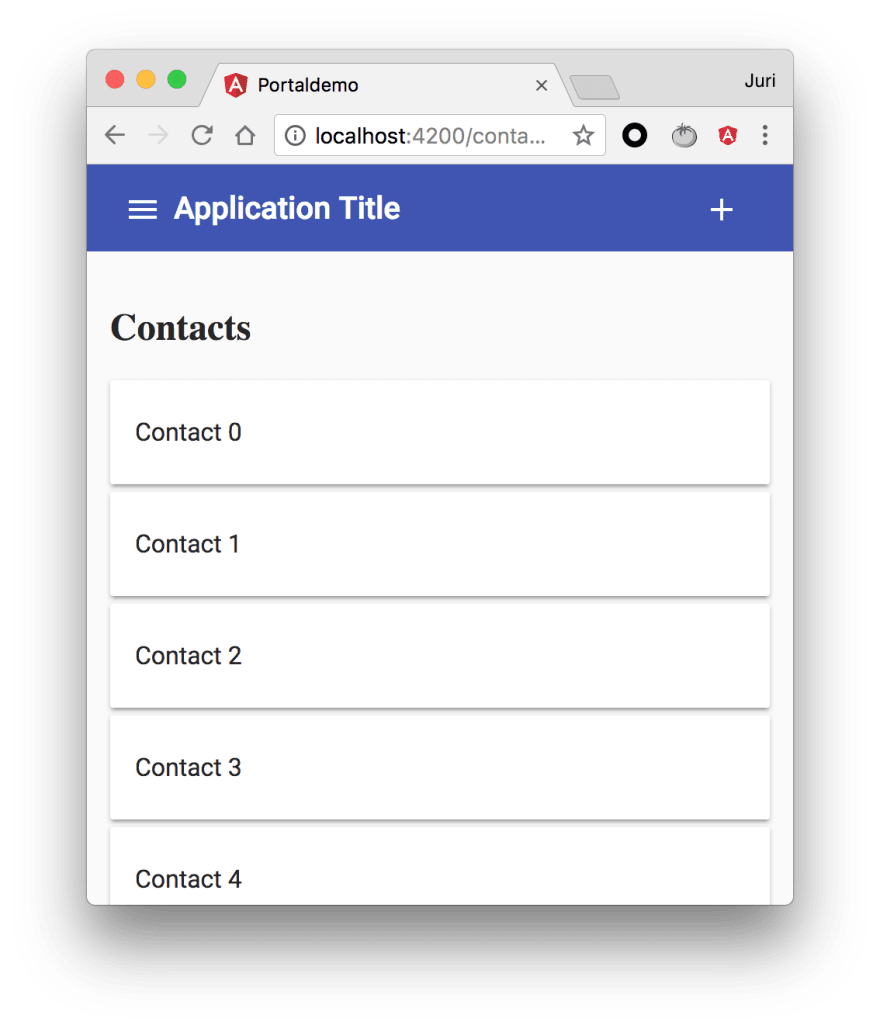 Note the "add" icon at the top-right of our toolbar.

Now, from a "componentization" point of view, we have some kind of ShellComponent which creates the overall layout including the toolbar, the sidebar (both of which could also be separate components) as well as a central area where our routed components will be placed. That said, the routed components don't have any knowledge where they're placed. We don't want to have a hard-coded reference to the toolbar or whatsoever.

Basically in our specific demo app,

Once unpublished, this post will become invisible to the public and only accessible to Juri Strumpflohner.