Tools and Technologies Every Developer Should Know

Git is a free and open source distributed version control system designed to handle everything from small to very large projects with speed and efficiency.

GitHub, Inc. is an American multinational corporation that provides hosting for software development and version control using Git. It offers the distributed version control and source code management (SCM) functionality of Git, plus its own features. It provides access control and several collaboration features such as bug tracking, feature requests, task management, continuous integration and wikis for every project.[4] Headquartered in California, it has been a subsidiary of Microsoft since 2018. 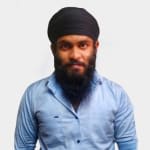 A debugger or debugging tool is a computer program used to test and debug other programs (the "target" program). The main use of a debugger is to run the target program under controlled conditions that permit the programmer to track its operations in progress and monitor changes in it.

An integrated development environment (IDE) is a software application that provides comprehensive facilities to computer programmers for software development. An IDE normally consists of at least a source code editor, build automation tools and a debugger. Some IDEs, such as NetBeans and Eclipse, contain the necessary compiler, interpreter, or both; others, such as SharpDevelop and Lazarus, do not.

Once suspended, ankushsinghgandhi will not be able to comment or publish posts until their suspension is removed.

Once unsuspended, ankushsinghgandhi will be able to comment and publish posts again.

Once unpublished, all posts by ankushsinghgandhi will become hidden and only accessible to themselves.

If ankushsinghgandhi is not suspended, they can still re-publish their posts from their dashboard.