It is at this time of the year again when people come forward and share their stories. Each woman has a story, and so do I. It doesn't matter if it's a story of success or failure. For people who don't know me, I am Apoorva, a Software Engineer working in the domain of Machine Learning. 😎

This quote suits me really well and I guess it can be related by most of the folks. The problem is the START. How what and when? It is always difficult to start something new or something in which we are not comfortable.

When I was in college, I used to dream of working in the best tech firms and to be so good that people would want to hire me, to be a part of their company. But as I grew up, I saw people who were way ahead of me, after which I started losing my confidence. This fear, in fact, stopped me to such an extent that the thought of coding used to scare me because I was very sure that I will fail badly.

I was inspired by Katie Bouman, the woman behind the first black hole image. 😲 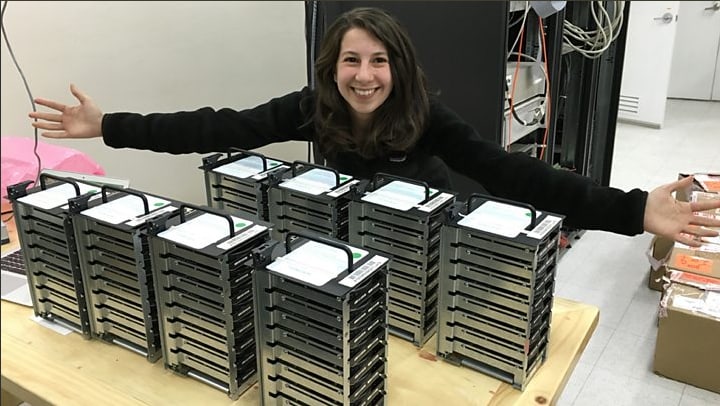 I started appearing for interviews to get a job. In a few of them, I used to feel interviewers tend to think less of you because they see a girl sitting in front of them. And a girl who codes didn't sound familiar to them. This motivated me to actually start practicing and somehow prove them wrong. It was then I realized, it is not that complicated after all. I started solving easier questions (data structures and algorithms mostly) and then moved on to medium ones. I tracked my progress in a GitHub repository and made sure that I at least checked in 1 commit every day.

I improved a lot but still, there is a long way to go. In this process, I started feeling more equipped. If you work hard it is possible to do what you think is impossible. 😊

This is what motivates me to keep trying no matter how much time it takes :)

I am passionate about machine learning