My name is Artem Shar (Sharyukov), I'm Web/Fron-End developer since 2016. In the end of 2019 I decided it was time to make a new personal website with a blog like as usual... The new site is not ready yet. But to make process more interesting and faster, I want to share my experience of logo creating, because this thing was really done. Now it looks like this and I like it. 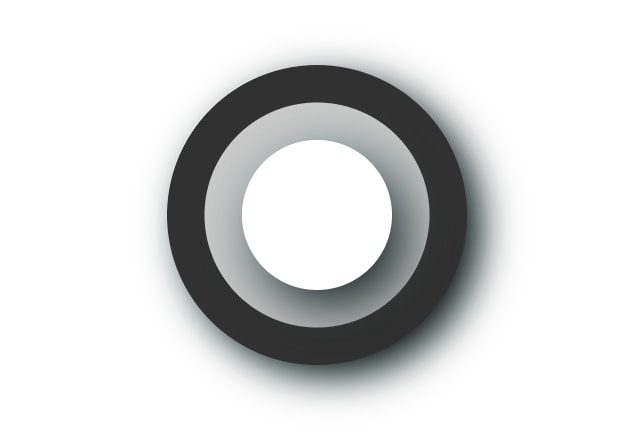 This logo, made by using SVG and CSS without tools.

That's simple and controlled, if I want to add some interactive behaviour or change colors or play with shadows, etc.

Rewind the tape a bit back. Before this version, I have something similar, but without shadows. If remove CSS-code, it will looks like this. I lived with this logo for a while, putting them on avatars of some social networks. And I didn't want to delete it. 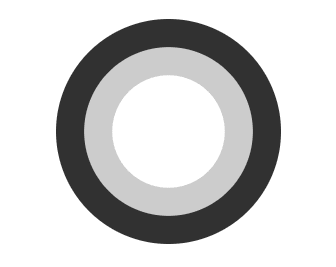 The first thing I started with was a simple pen and paper. Because I didn't want to be limited to any digital tool. And I just experimented during about one week. The first thing that occurred to me was to play with the letters of my first and last name. Also, I was inspired by the Zeit company design. Their style is clear, simple and strong. But I didn't want to create something too strong or sharp. Lot of times I tried to use the triangle - in the end I dropped it. I thought about something, that contain my character: nature, forever favorite things, maybe roots. It was sun, sea, because I grew up near Gulf of Finland, sunrises and sunsets and something modest, clear, dark. Also, I wrote to my friend asked for help me with ideas with letters A and S, and she threw something. That's what came out of it. Sorry for the poor quality. 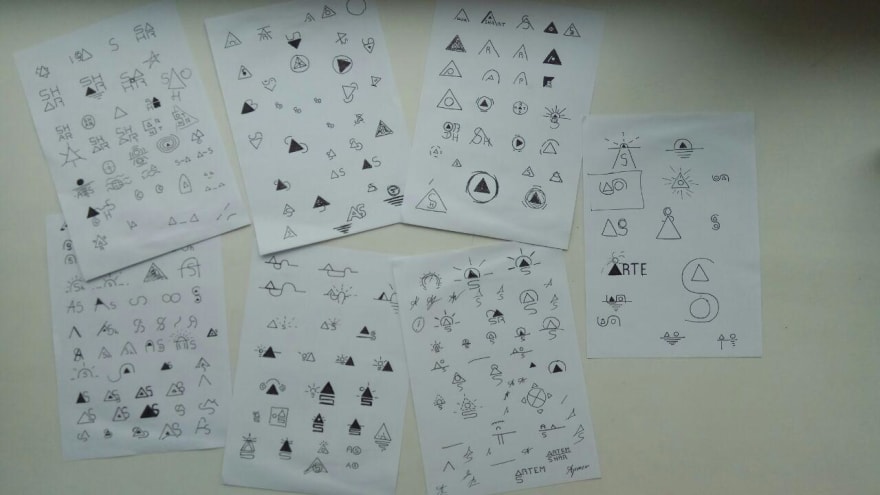 Next stage I've took Inkscape - the good free tool for creating vector-graphics. And I started trying to repeat something I'd drawn with a pen. 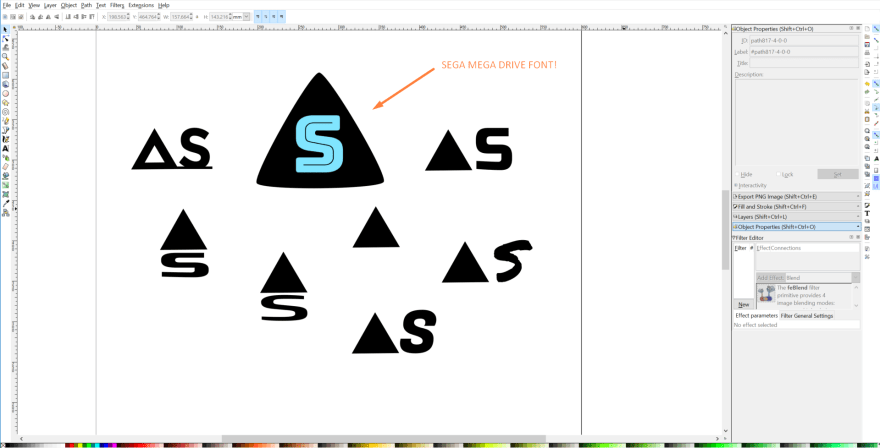 And they looked so bad... then I realized that I should try to use the tool's features. After all, the pen is also a somewhat limited tool. It wasn't easy, I started playing around fonts, forms and shadows, In general, it looks dilatant, but I liked some of them, here are some good examples.

Here you can see the first version of my "sun circles" :)

I made a lot of variants in Inkskape. Make clear filenames - no, it is immpossible :D 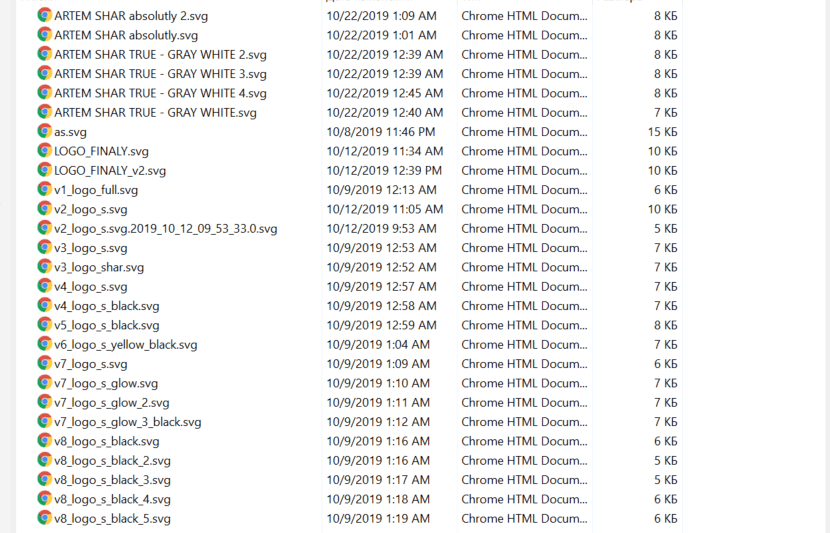 And I settled on that. I really liked this translucent glass, the color of which I played when I inserted it on the site.

After a time, I stopped like it, because I feel instability and uncertainty with it. I've back to circles. I did animated colors on my page, because I couldn't choose just two colors.

The next thing that I did, I turned these circles into a theme switch on the site, which is like sunset or sunrise.

Recently, I realized again that I was playing too much, that I was stuck in all this and I'm not move to my goal - to make a simple, static site. This project with theme switcher was stopped, because I complicated it. I've took HTML, CSS and I made current SVG logo by hands. And I'm happy with this simple and volume result. 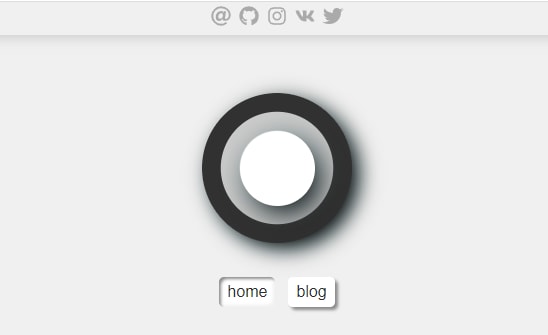 Maybe I'll do something interesting with shadows later, but that's less important.

I continue do my site, next step is blog part, where I'm goint to put this article and smth else, for start.

Feel free to fix my English.
Thanks for your attention! Have a nice coding and design!

What’s react-bootstrap and How to use it?