This event happened on 3rd March 2021. This article is divided into

We’ve broadened Flutter from a mobile framework to a portable framework, unleashing your apps to run on a wide variety of different platforms with little or no change.

Every app gets a free upgrade with Flutter 2 and they can now grow to target desktop and web.

In this initial release of web support, the focus is on three app scenarios:

PWA’s are a great fit for flutter

3. Flutter and Chrome team are working together

We discovered that CanvasKit can deliver superior performance, fidelity, and correctness.

A Flutter app running in the browser should feel like a web app. So we added features to Flutter that help you use the best of the web.

We want to make Flutter web experiences feel right, regardless of the shape and size of your browser window. Desktop browsers offer different UI affordances, and so we’ve updated Flutter accordingly.

5. He recommends Flutter will be the default choice for desktop and mobile apps for Canonical

What really sets languages apart is their unique combination of capabilities.

3. Inspect the widget if any error occurs.

Open beta for Google Mobile Ads SDK for Flutter. This is a brand new plugin that provides inline banners and native ads. This plugin unifies support for Ad Manager and Admob now 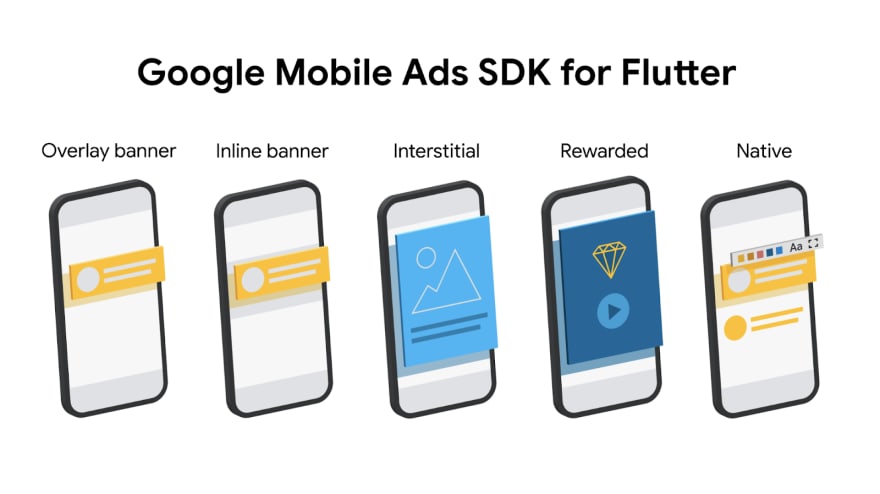 In case you have document-centric pages with a lot of rich text static content, flutter won’t be a good choice.

Also, the video content of firebase is shifted to flutter now.

A: We are resolving issues as fast as we are getting them. Last year, around 15k+ issues were reported and all of them were resolved. We are pretty happy with the rate of fixing bugs and resolving them.

Q: When will flutter web drop # in the url? Why does it exist?

A: Flutter uses a hash URL strategy, something we initialize when we initialize the web engine. So when you have flutter named routes, you are basically initializing them as part of the hash. We have a way to customize the URL and drop the hash. There is a community plugin available here.

Q: Flutter has issues with the new Mac’s M1 architecture. Any solution?

A: Try again today in Flutter 2.

Any advancements made to platforms like M1, android, etc are addressed immediately. M1 work was categorized into 3 buckets

M1 was a new platform for us, as we had never done ARM on a host before. Apple Silicon was like a new platform we had to support. We had to make sure everything from Dart/VM to embedder to all the layers of fluter, works

A: Very soon landing a new template into the master branch. This will be targeting creating an app with best practices (state restoration, app state, etc)

A: No. You would like to start with migrating your dependencies first. Also, you can compile the app with non-nullable and nullable code simultaneously. Compiler in null safety will use null safety optimizations.

A: Flutter is built on a 2D system, but lots of people have done 3D with it!! APIS we provide is for drawing 2D objects but transforms we use support 3D.

Flutter content itself can embed other OpenGL textures. You can write some OpenGL code, and then embed the OpenGL texture in your flutter app.

Q: What about Flutter for Desktop?

A: It is stable, but we don’t consider it stable. There is no support for multi-window, but for one window it’s pretty solid.

Desktop work was divided into 2 camps:

To make the web stable, we had to have desktop form factors. Ability to use a trackpad, scroll view, and keyboard

Why desktop is not labeled stable? Reasons

A: Start coding with it

A: Flutter started as a fork of chrome, indexability has always been on our mind. This release was optimized for web applications and customers using the web.

SEO is something we are looking into, but right now if you are building a website that needs SEO, flutter is not a good choice

Q: Problem of janky animations on the first opening of the app?

A: Performance is the grounding principle of flutter. Every commit in the flutter branch goes through the performance tests. We are aware of the iOS issue, it did get worse when we migrated from OpenGL to Metal (where we are no longer able to cache shaders)

Ian: We are very much focused. Project here

A: Teams are experimenting with flutter web. We expect to see more use of Flutter Web. It is being used for internal tools, like migrating flutter code for teams like GPay.

Q: Mediation with AdMob in Flutter?

A: Mediation is not in the list of google_mobile_ads packages. It is not officially supported, because

This has to be right, otherwise, someone’s business can be threatened. But this is certainly on the roadmap.

A: There are two cases

This is not possible, as it requires features in WASM like Garbage Collection, threading

To optimize your Flutter web app for the characteristics of each device, the rendering mode is set by default to auto. This means that your app runs with the HTML renderer on mobile browsers and with CanvasKit on desktop browsers.

A: Flutter Web is using canvas, which is different from angular and react. We feel reluctant to compare Flutter to other technologies. We all have valid use cases and we are happy to coexist with these frameworks.

Flutter Web will be suited to what customers require.

Q: I’m on the beta channel. Should I go to the stable channel?

Flutter Web is now in the stable branch, so yes, you can use stable.

A: We are trying to find a good way. There are some packages like freezed, built_value, etc

Q: The best way to develop a flutter app to work offline/online?

A: Let’s take firebase. It keeps a local cache of the recent read data. So, we can access the data again, if you restated the app.

For local write operations, firebase keeps a queue of pending writes. You will still see the data, but in the background, once the app has a network connection, firebase sync the changes to the server.

Q: Difference between the legacy version and the null safety version of the flutterfire?

A: Most of the flutterfire plugins are migrated to null safety.

A: All IDE’s work with Flutter.