I had built multiple apps in React Native for my personal as well as Freelancing projects. I had also tried many UI libraries for React native, to get started fast and for consistent UI.

I had checked UI Kitten after some time but after I had used
UI kitten, I became a fan of this library. It has most of the components you will need, for example, Input, Card, Button, etc. It also supports the Light and Dark theme. It is the library that has its Icon Module and all the Icons are awesome. The app looks good in both the light theme and dark theme.

In the next post, I will try to explain, how to add UI-kitten to an already created project.

To learn the Basic of UI kitten library refer to this blog, you will enjoy this 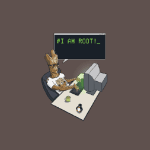 How to find OSS projects for your first contribution