If you need Infrastructure as Code for Azure, ARM templates are an extremely powerful and flexible solution. This power and flexibility becomes even more impressive once you add IaC into your CI/CD Pipelines.

Normally, I do all my work using YAML to describe my pipelines. However, For this episode of DevOps Lab, I used the classical editor as the UI is really nice for demos. It demos way better than a wall of yaml!

Azure Pipelines is basically a task runner. It runs one task after another after another. Out of the box, Azure Pipelines comes with a full set of tasks that do all sorts of things. There is also a market place where our partners have created thousands of tasks. You can also create your own custom tasks.

The plan for this pipeline was to build the application, bundle everything up so it's ready to be deployed (this means the web app and the ARM template), provision/configure my environment up in Azure using my ARM template, and then deploying my application into that environment.

The build pipeline for the demo was super simple. This was just your standard .NET core build. At the end, I published the entire sources directory as this would grab up my web app all bundled up as a zip file, and my IaC ARM template azuredeploy.json.

For my ARM template deploy task, here are the properties used: 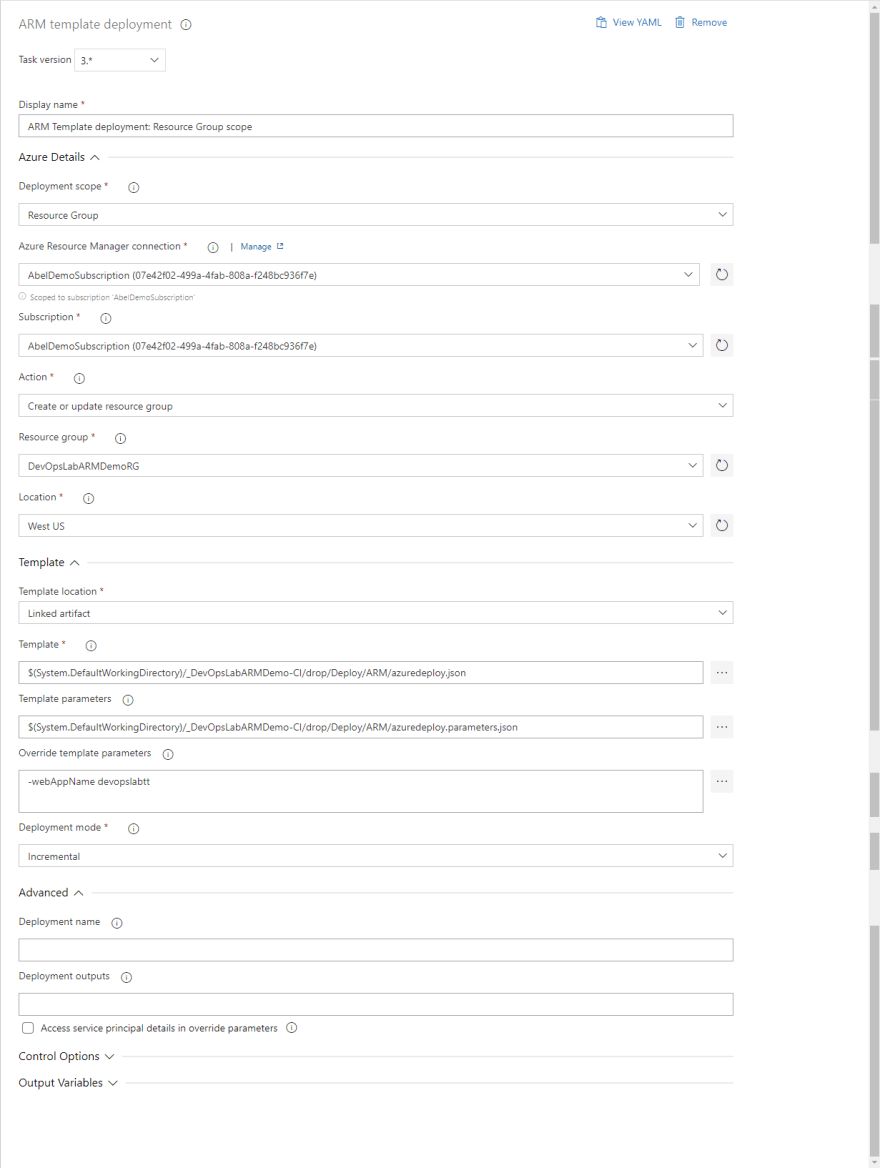 Also, noticed I picked Incremental as my Deployment Mode. For this demo, I didn't have to pick Incremental. Complete would have worked too. However it's important to know the difference. Incremental means any resources that exist in the resource group NOT definied in the ARM template is left as is. In Complete mode, any resources not defined in an ARM template will be deleted.

Deploying ARM templates inside of Azure DevOps is super easy. Pre-built, out of the box tasks make deploying arm templates as easy as dragging, dropping and then filling out some properties.

Once unpublished, this post will become invisible to the public and only accessible to Frank Boucher ☁.