In our final episode of The Cloud Skills Show (Series 1), we're meeting student learners from the UK and further afield to find out about some of the resources that Microsoft has to offer. 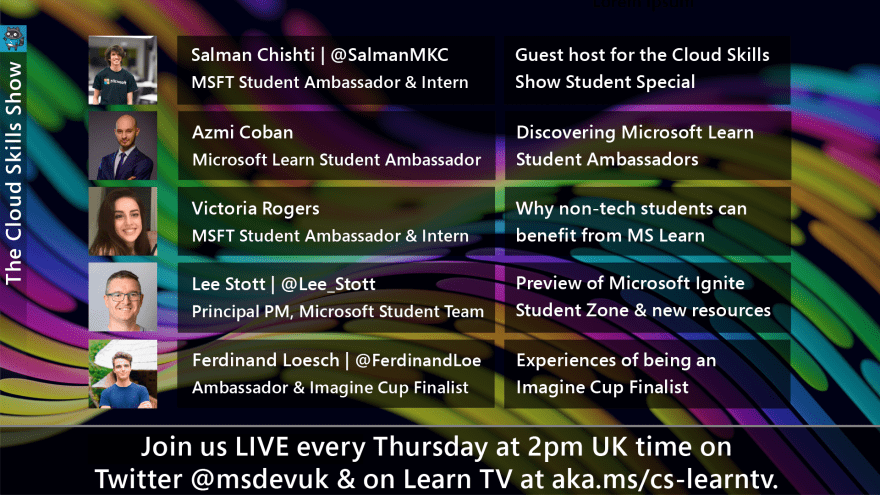 Appearing on the show were:

Here are the links shared on the show:

Every week we livestream on Microsoft's Learn TV and you'll also be able to find the show on Twitter @MSdevUK and on the Microsoft Developer UK YouTube account. Join us for this show at these times each Thursday:

There is no show on 24 September due to MS Ignite.

If you require captioning, that’s available on Learn TV and YouTube via the controls below the video.

This is the last episode of The Cloud Skills Show for Series 1, but we'll be back in October with a new Series!

Once unpublished, this post will become invisible to the public and only accessible to Adam Jackson.