When I moved to Edge weeks ago, I found there's no built-in strong password generator in Edge. Then I decide write one for it.

Most of the extensions on marketplace are write many years ago, and they were written in raw HTML, CSS and JavaScript. But we have React and UI component libraries now, life should be easier.

The problem I soon found is there's almost no tutorial for a React extension anywhere. That's why I decide to share everything here.

Star the repo on Github or leave a review on Edge Addons Store are both welcome!

Features of the extension 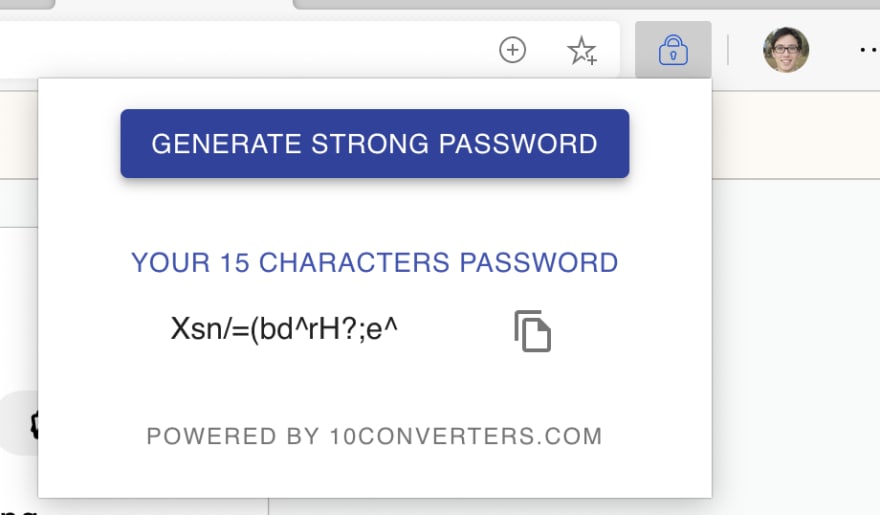 I tried to make it as simple as a one-day-job. Anyone who follows this tutorial could submit your own extension to Chrome Web Store or Microsoft Edge Extension Addons(what a long name) in a single day(but from my experience, Microsoft need 2-3 days to approve your submission).

Before dive into the details, I want to explain a little the basic structure of an extension of chromium based browser.

This extension structure works on Chrome, Edge and Brave, and maybe other Chromium based browsers I don't know. 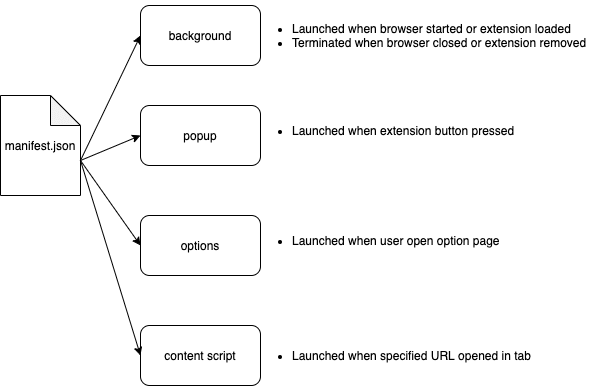 manifest describes what's in the source package. It specified where browser could find background, content script, popup and option pages. As well as it describes permissions required by the extension.

A piece of code which is launched when the extension launched, and won't be terminated until extension removed or browser shutdown.

Background code has access to all chrome APIs, other parts are limited. But background doesn't have an UI and can not access DOM.

The UI which is popped up while user click on 'browser action' which is your extension icon button right to the browser address bar.

Most extensions need a popup as entry.

If you have some something complicated to be configured, you need this.

If you want to manipulate DOM, you need content script.

So you should already have idea of what these parts are doing now.

Background, not in this tutorial, but there's an empty background.js in repo, just for future use.

Popup, yes. That's the focus of this article. I will show you how to write a Popup in React + Material.

Here're 5 steps to create an extension in React from scratch.

This will create a regular react app. Everything else are growing from this seed app.

You've already had a public/manifest.json after CRA(create-react-app). Change the file as below:

There're 2 things did in this script:

INLINE_RUNTIME_CHUNK=false disabled webpack generating inline JavaScript in HTML. Normally webpack will put its own runtime into HTML inline script. But inline script is not allowed by browser extension.

Rename index.html into popup.html because it is required to be popup.html in manifest.json.

Then you will get a 'dist' directory. Load it as unpacked extension in Chrome or Edge. You would see: 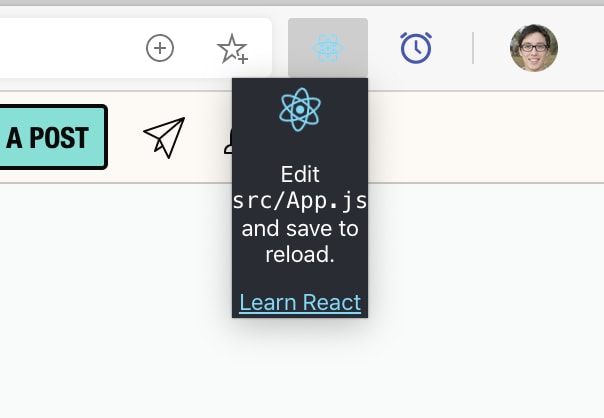 The React extension is running.

There're still pending issues for a serious extension, like:

And maybe some other topics not related to React too much but still important for a serious extension:

All the above will be discussed in the next post if someone interests into these questions. Leave a comment below if you have any other questions, suggestions, any feedback are welcome.

We're hiring for a Senior Full Stack Engineer and would love for you to apply. Head here to learn more about who we're looking for.

Once suspended, bayardlouis470 will not be able to comment or publish posts until their suspension is removed.

Once unsuspended, bayardlouis470 will be able to comment and publish posts again.

Once unpublished, all posts by bayardlouis470 will become hidden and only accessible to themselves.

If bayardlouis470 is not suspended, they can still re-publish their posts from their dashboard.

Once unpublished, this post will become invisible to the public and only accessible to Louis Bayard.

Thanks for keeping DEV Community 👩‍💻👨‍💻 safe. Here is what you can do to flag bayardlouis470:

Unflagging bayardlouis470 will restore default visibility to their posts.