Word, this is prob a sub topic, but do you ever see anything replacing java?

Kotlin and Scala come to mind for obvious reasons. Swift, Elixir, Go, Rust, lots of newer stuff which can take Java's place in a lot of contexts where it's popular.

There's a long way to go, but I think Java will gradually trend down and have a lot of different languages take its place. And it will keep evolving and have a place forever. I haven't followed closely but Oracle v. Google can't have helped Java's place in the world. 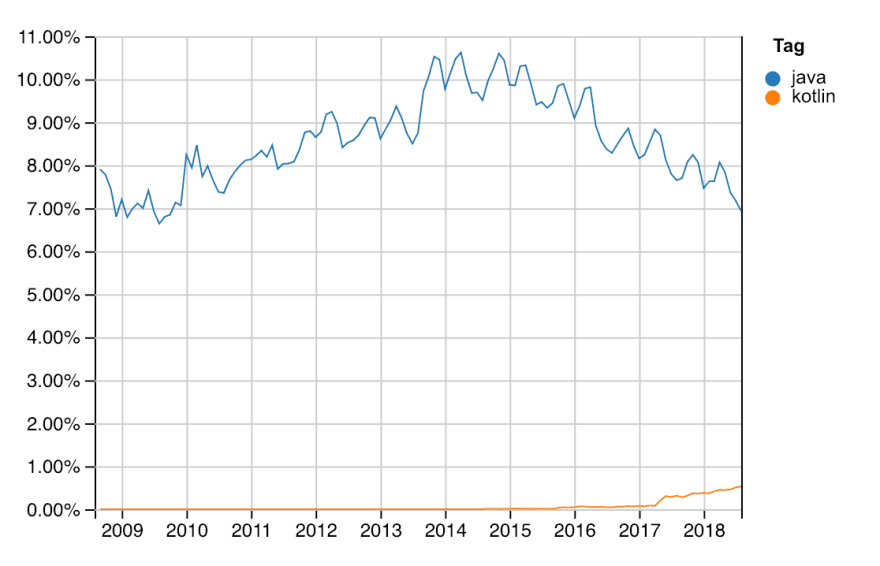 It seems like JavaScript is the only language with any kind of true moat on its popularity right now because it runs in the browser. And that will go away with WebAssembly.

I think "replace" is a bit too binary a term, but if the line in that graphic keeps going down, Java could easily lose its place as a very popular programming language.

Why is char[] preferred over String for passwords in Java ?

Developers - which tools have you ever paid for or wouldn't mind paying for?