TLDR:
Having a concept and the essential content first is key. You can design the site better/easier if you already have some content.

I think the first version of my site I did was in 2014. I was a trainee for media design and development back in the days.

Why I created this homepage back then?
Well, simply because I can. I think this is also often our motivation behind doing things, creating side projects out of nothing. We're all kind of talented in some way and we know that we can create things and as soon as we are going to notice that we'll do anything that we want to do.

In my case, I knew some HTML, CSS and some JavaScript and I wanted to get some attention and also maybe some little side jobs. 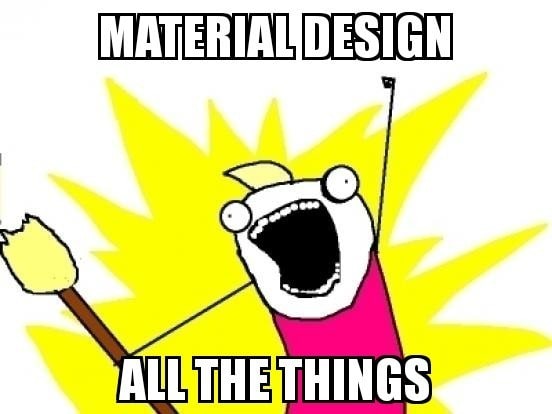 Everyone was hyped about material design and so was I. Downloading materialize.css and building my "portfolio" with it seemed a good idea because I wanted things to be done.

After finishing the project with around 4 sites, I was so proud of it.

Two weeks later I realized that the site wasn't that good, but I wondered why. It does look like every other material design-based site. Why does mine look so out of key, I was asking myself?

I was aware of the lack of creativity because it looked like any other page in this area. I would redesign this site anyways.

And after some time I came to my first conclusion! The content. Your site can look like right out of awwwards but if it lacks content it's nothing.

While working on the portfolio I just thought that I also could redesign my actual site as well.

I threw everything away and started new. No frameworks like materialize CSS, only Bootstrap because of the grid.

Building this massive chunk of static HTML pages and copying template pages for my project sites were fun, for a while. But at the moment I realized that I need to go every time on the server via FTP or SSH just for editing or creating content was annoying. Please keep in mind that I was still pretty inexperienced about deployment and all this stuff.

As soon as I "finished" the site I was again disappointed and not happy with it. What I was doing wrong this time? The content was good, the design... I mean, it was there but nothing special. It lacked a concept.

This was the second thing I discovered. You need a concept. What do you want to transfer to your visitors?

And again, I threw everything away. At this time the brutalism conquered some parts of the internet, including me.

I liked the concept. Show the necessary things, without any special unnecessary stuff.

I sit down and did a "concept" of my future site. These were the things I wanted to show:

I ended up with a simple one-pager, which looked more like a CV but I liked to look at it for some reason. (I even got featured in brutalistwebsites.com.)

After a while, I already noticed that I don't show the right picture of me. The concept was there, the content as well. What it lacked was the design aspect.

As soon as I finished it looked way more solid, simply because I had a concept for the whole site. But even after I finished it I realized that I still not one hundred percent happy with it. I think this is one of the biggest struggles creatives/makers have. Having the tools right under your belt always making you feel that you could change anything.

You're your worst client, that always want to change something or is unhappy with it. I also talked with my best friend about this and he also has the same issue. Working for a client is or at least feels most of the time easier because you're the expert and the client is the critic but most of the time with a lot less knowledge about the topic.

What about you? Do you have a portfolio, if so, did you design and/or code it yourself? And most importantly, are you still happy with it?

Once suspended, benjaminraffetseder will not be able to comment or publish posts until their suspension is removed.

Once unsuspended, benjaminraffetseder will be able to comment and publish posts again.

Once unpublished, all posts by benjaminraffetseder will become hidden and only accessible to themselves.

If benjaminraffetseder is not suspended, they can still re-publish their posts from their dashboard.

Once unpublished, this post will become invisible to the public and only accessible to Benjamin Raffetseder 🇦🇹.

Thanks for keeping DEV Community 👩‍💻👨‍💻 safe. Here is what you can do to flag benjaminraffetseder:

Unflagging benjaminraffetseder will restore default visibility to their posts.