How would you describe yourself? 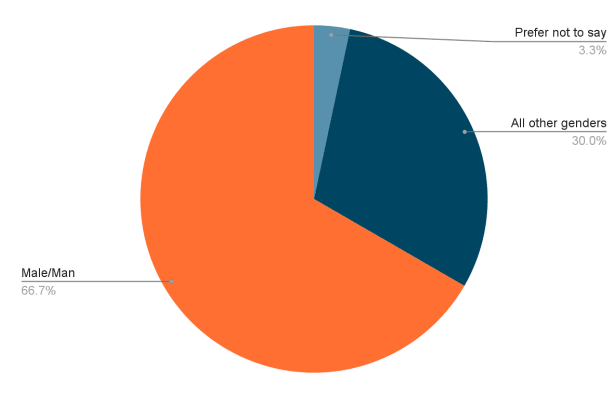 As before, let’s start by talking about processing. The data is a small set: ~150 responses total. The question we asked was a multi-select answer, which means people could choose more than one option. However, some things stand out:

We wish we had enough data to treat this with the nuance it deserves, but we simply don’t. The goal is to look at the gender pay gap, while preserving the anonymity of specific respondents. Therefore, we’ve chosen to make the following split: Those who identify as “Male” as one group, and those who picked any other option as the second group. We acknowledge that this leaves a lot to be desired, especially with the erasure and hardships gender-minority people continue to battle. We hope to rectify this in future versions of the survey.

As discussed above, there’s a lot of variance in our data, and we want to make sure we can account for it. Notably: Job Bucket; Age; Years Experience; Years in Company; and Country are of the most importance. Having created a variety of models from these columns, we seem to see a robust result of an approximate 7% increase for men over the other group (with a 90% credible interval: 14% to -1%). This is a small difference, equating to around $10,000 at the median:

3 Imagine you plot the raw data and fit a line to it – you could read off the slope of that line and get a value for the difference between the groups. But there is uncertainty – you could fit many plausible lines. What the model does is fit all of the lines, and tell you how much more likely one slope is vs another, and what the most plausible one is. That’s what this graph is – all the possible slopes and how likely they are. The peak of the graph is the most plausible value of the gap, and the width tells you about how certain it is (high width = lots of plausible lines = low confidence).

Gender and perceived fairness of compensation

As noted previously, we collected about ⅔ of our responses from “male/men”. The data shows that Men and Not-men report being “extremely well-compensated” at the same frequency (14%). If we recall the stacks under the “Sentiment” plot, we see that 65% of men and 50% of not-men believe they’re well compensated to some degree.

Do you feel like you are fairly compensated for your job? *

A question arose: is there any evidence of gender affecting the likelihood of holding a technical role?

In the survey, we asked whether coding was a requirement of the job. We asked in this way because many respondents can code, but don’t have to do so on a regular basis. Since we asked that, we can ask the data “What is the probability of coding, given the gender of the person?” and see what the model thinks.

This is obviously a very simple model, and many things could influence coding indirectly from gender and other sources, however for our data and simple model we see a strong impact here – males are 40% more likely to be coding than others: 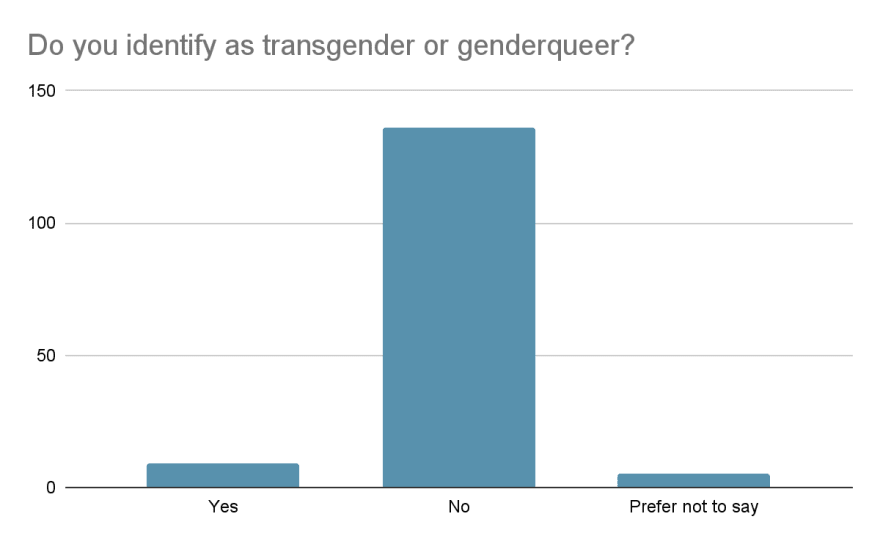 In answer to the question “Do you identify as transgender or genderqueer?” 6% responded Yes, 91% responded No, and the rest declined to answer. Because of the small sample size, it was not possible to draw many conclusions.

For US-based respondents of all career levels who are people managers, responses between those who marked only “Male/men” versus all others combined.

This table includes responses from all answers including “mid-career” level with roles involving management duties. An examination of people who are both managers and senior-level would likely show higher figures.

The tech industry as a whole is anecdotally ageist, but does gender play a further role in widening that gap? There’s not much evidence of that in our small dataset. If we model salary on age, gender and plot the predictions, we can see that while the range of predictions is large (the model is quite uncertain about the actual salaries), the pattern is consistent. 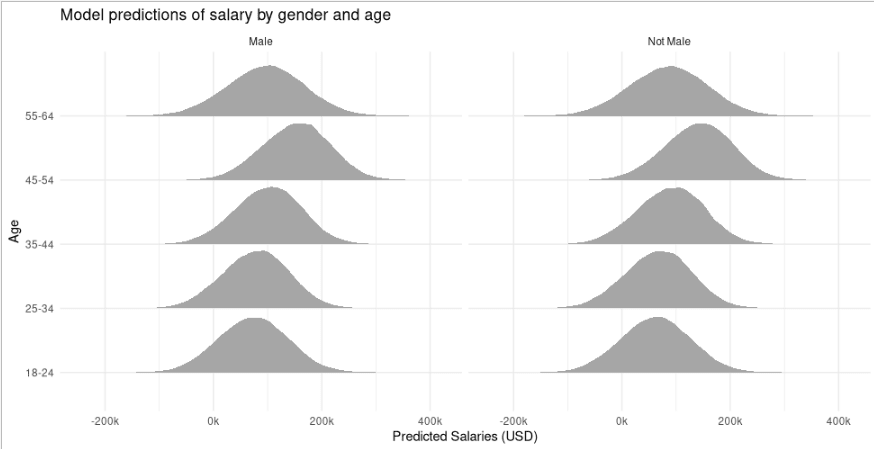 We see increasing salaries up to ages 45-54, but a drop in salary at the highest age category. However, this is true for both groups (Male and Not Male), and given the uncertainty in this model, we’re not comfortable drawing further conclusions at this time.

Career level and years in DevRel

“How many years have you been in Developer Relations? * We recognize DevRel is a relatively new title. Feel free to list how long you’ve been in DevRel-like positions.”

Career-level is self-reported as entry, mid or senior. For time in the field,  we recognize that in some organizations, DevRel has become an official title more recently. Since people who currently hold the title may have performed the duties entailed in the role, we asked them to use their best judgment.

The above table shows all respondents, regardless of location. When career levels are broken out by country, we see the following:

A brief history of AI democratization

Once suspended, bffjossy will not be able to comment or publish posts until their suspension is removed.

Once unsuspended, bffjossy will be able to comment and publish posts again.

Once unpublished, all posts by bffjossy will become hidden and only accessible to themselves.

If bffjossy is not suspended, they can still re-publish their posts from their dashboard.

Once unpublished, this post will become invisible to the public and only accessible to bffjossy.

Thanks for keeping DEV Community 👩‍💻👨‍💻 safe. Here is what you can do to flag bffjossy:

Unflagging bffjossy will restore default visibility to their posts.