Let's have a look at the Google Trend's data, 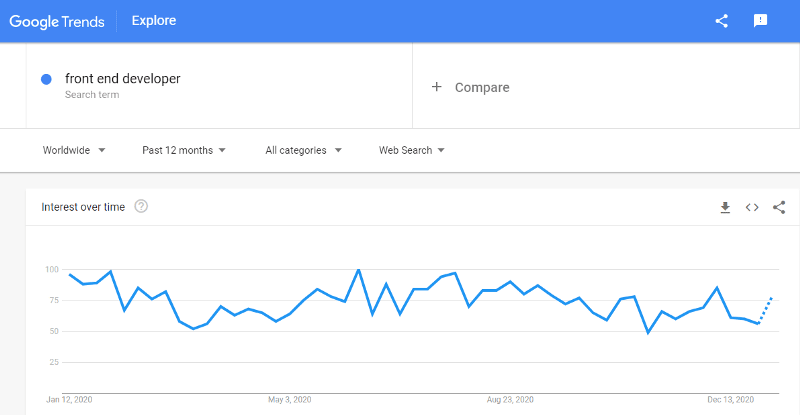 What are the skills use by front end developer?

Let me give you the short information about the front end developer role, such as