My concern is to automatize the backup of my configuration files (aka dotfiles) and to generate a snapshot of all installed apps, whether it be through my distro's package manager or through third-party package manager like npm or pip. This is the first step before being able to sync my apps automatically on a newly installed computer (still to be done).

What I did is create a git repo in my $HOME dir as all my dotfiles are located here. But as I don't want to push all the other files (Pictures, Downloads, Desktop...), I put a .gitignore file with just a wildcard (*) in it. This way, when I want to add a file to the repo, I have to force with: git add -f newfile.

⚠️ But be aware that it could be dangerous for your sensible data. For example, don't push your ~/.ssh config!

The next step is to do the same with your apps.

Generate a snapshot of your apps

Regarding the apps, it's not so easy. It's not unusual to have several package managers to install new apps. Personally, I use 7 of them: npm, cargo, ghc-pkg, composer, gem, pip, and pacman, the manager of my Manjaro linux distribution. Each of them has its own syntax to install, delete or update packages.
But each of them also has its own syntax to output a list of installed packages.

So basically, I just use the following bash script to generate the list of all installed packages, across all the package managers:

Note the git add command at the end of the script. I do this to automatically add the ~/.backup folder to the git index so that it gets pushed to the remote. And as I put this script in the pre-commit hook, my packages list gets synced with git each time I commit:

⏭️ Next step: be able to re-install all the apps automatically from the backup.

💡 Hint: you can sync your Atom plugins with the sync-settings plugin.

📚 Other resource on the same topic: 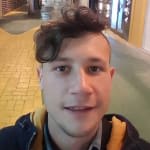 How to become a better developer

What do u neeeeed? 🤔

Once unpublished, this post will become invisible to the public and only accessible to Boris Jamot ✊ /.

Thanks for keeping DEV Community 👩‍💻👨‍💻 safe. Here is what you can do to flag biros:

Unflagging biros will restore default visibility to their posts.