This article was inspired by this other post I saw recently:

It always amazes me that such weekly articles always get so popular. So I wrote another one.

Manjaro is a Linux distribution based on ArchLinux. It's a rolling release, which means that you get updates for your apps very quickly. It can be great for developers, because we don't want to wait to have security or featured updates, but it's also dangerous because such distro can break more easily. So install it at your own risk! That being said, I must tell you that I'm not a great expert of Linux, and I never got stuck with my Manjaro.

Pacman is the default CLI package manager. It's very basic and rudimentary. Now I use yay which is more user-friendly. If you prefer graphical apps, have a look at pamac.

When it comes to choosing the right desktop environment for a Linux distro, we're often forced to select the less horrible one. You may think I'm a bit excessive, but many well-known window managers (Gnome, KDE, Cinnamon, xfce, ...) are, in their default configuration, just awful.

After having tried many of them (xfce, Gnome, Budgie, i3wm, awesomewm), I finally opted for Deepin Desktop Environment. It works like a charm out-of-the-box and as I'm a lazy developer, it was just perfect for me. The look and feel is clearly inspired by macOS. The dock is very similar, the settings panel also. It's both pure and elegant. Its main advantage is also its main drawback: it's quite not configurable at all. So either it fits your need, either you choose another one. 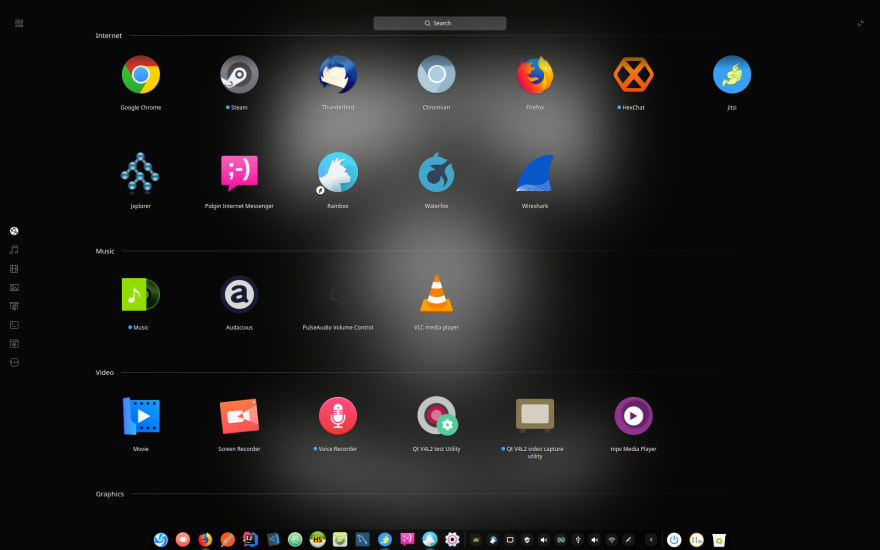 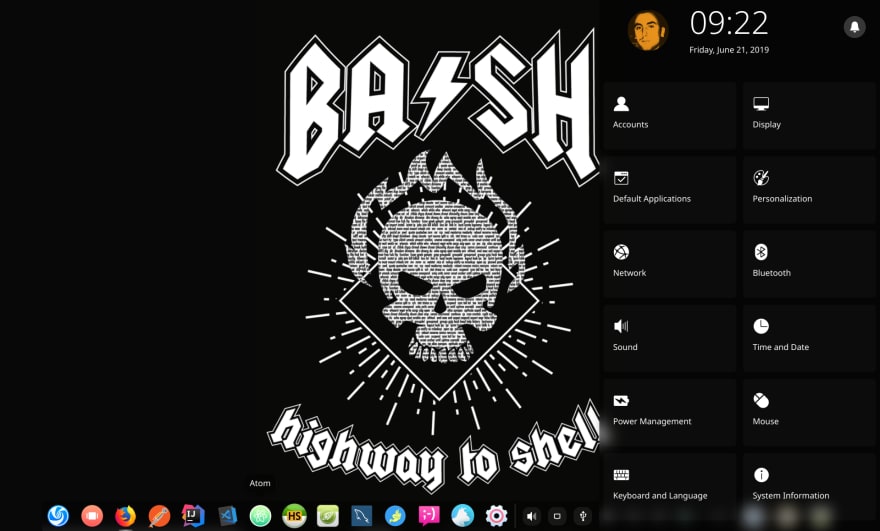 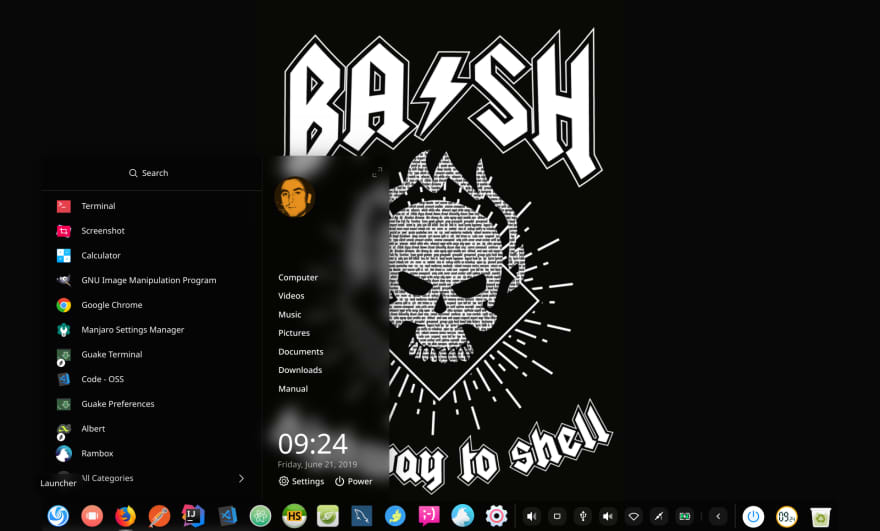 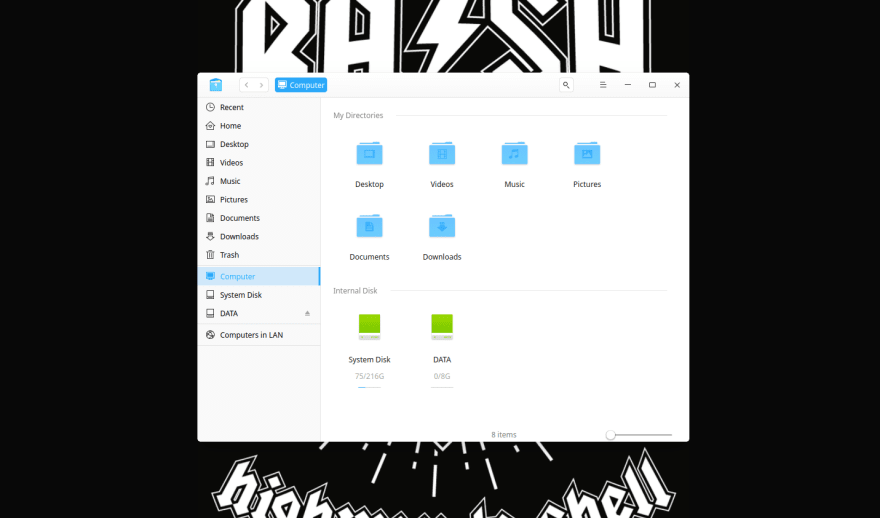 Albert is an Alfred-like launcher that brings you many features in a simple search bar. Just invoke it by some user-defined hotkey (I use <ctrl>+SPC) and start typing! 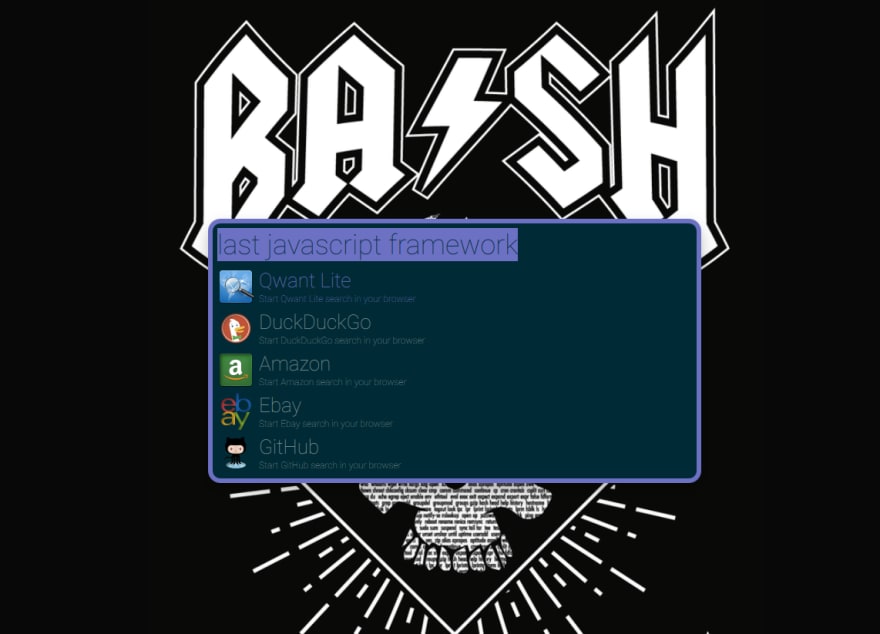 You can trigger web searches, in-line translations, calculations, shell commands, ... and it's widely extendable with plugins.

As a Go developer, I am very pragmatic. Thus, I chose the best tool for my needs, which is Intellij with Go plugin. It has all I need in a modern IDE: completion, browsing, debugging, refactoring, syntax highlighting, ... But it's not a definitive choice. I already tried, with more or less success, several other IDE: VSCode, Atom, Vim. While the first two didn't fully work out-of-the-box, the last (Vim) was pretty impressive (with SpaceVim). But as I wasn't very comfortable with keyboard shortcuts, I finally dropped it for Intellij. I may reconsider this very soon...

🧙‍♂️ It's the magic of Unix interoperability: each app does its job well, and only its job.

Guake is a drop-down terminal inspired by the terminal used in the game Quake. I customized it to remove scrollbars, tab bar and title bar so that it just looks like a nude terminal. By default it's hidden and it appears when I press <F12>. I go full screen with <F11>.

Tmux is a powerful terminal multiplexer.

I posted an article about my custom setup earlier this year. Have a look on it if you're interested: 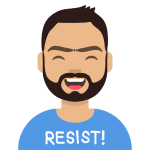 Building a Custom IDE with Tmux

Fish is a user-oriented shell with powerful features like auto-suggestion, completion, command colors, ...

As the shell is the place I spend most time in, I need to have the most useful and clear information in it. That's why I use SpaceFish prompt. It empowers you with git information, version of your favorite language, Docker's version, Vi mode, last command status & duration, ...

I also use oh-my-fish framework to extend the shell with plugins (I recommend grc, g2 fzf, pj & z).

Neovim is a refactor of Vim that brings a better plugins system and that is easier to contribute to.

Vim-fork focused on extensibility and usability

Neovim is a project that seeks to aggressively refactor Vim in order to:

See the Introduction wiki page and Roadmap for more information.

Pre-built packages for Windows, macOS, and Linux are found on the Releases page.

SpaceVim is a Vim distribution with some default configuration for developers. It comes with an outline (press <F2>), a tree view (press <F3>), and many supported languages (golang, php, python, javascript, ...) for IDE features (completion, syntax highlighting, refactoring, code browsing, debugging, ...). The configuration is made easy with a simple TOML file. It's a good way to step into Vim for newbies. 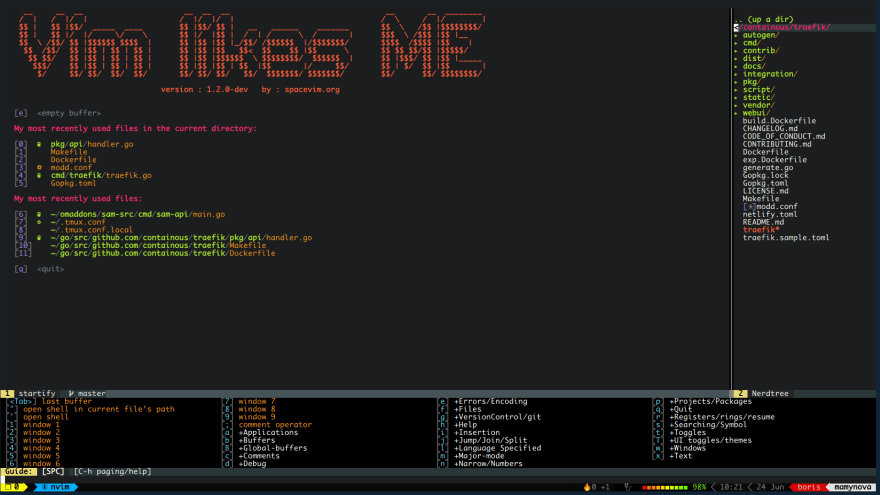 Below is a tree-pane view with the following panes: 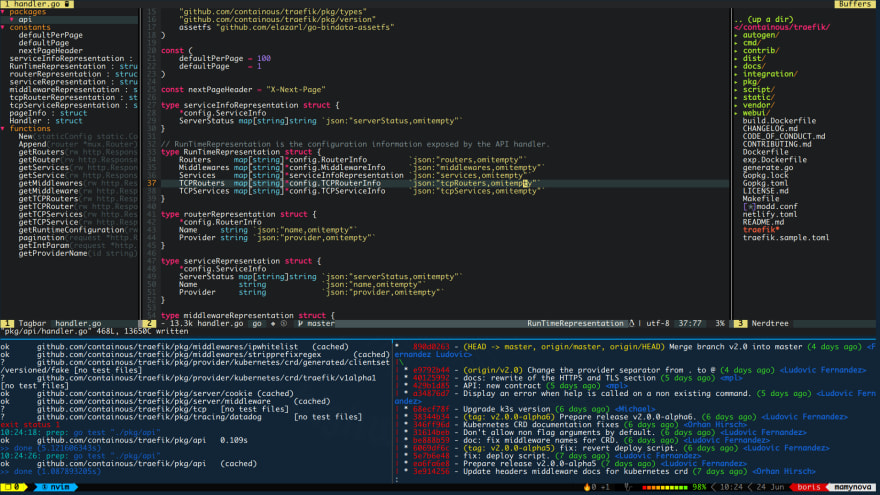 Once unpublished, this post will become invisible to the public and only accessible to Boris Jamot ✊ /.

Thanks for keeping DEV Community 👩‍💻👨‍💻 safe. Here is what you can do to flag biros:

Unflagging biros will restore default visibility to their posts.