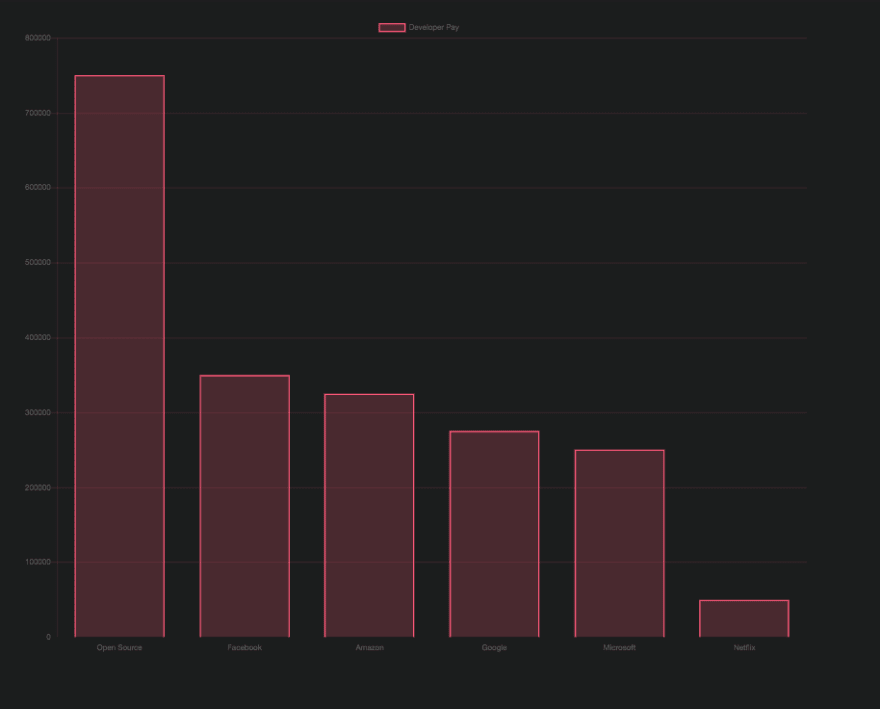 As you can see from this chart, I didn't exaggerate that open-source developers make way more than FAANG Developers. This might be the single driving factor in deciding to make a project open-source.

It's the fastest and most secure way to grab the bag and start buying houses like it's Monopoly. Anyone who tells you Open-source developers don't make this much, well, those are paid actors.

One of the best ways to support OS is making vague issues that don't relate to the project. Got to keep those developers on their toes. Sometimes they get lonely. Remind them that you care, just not enough to duplicate the issue or provide any practical information. If you include a version number, you've gone too far. 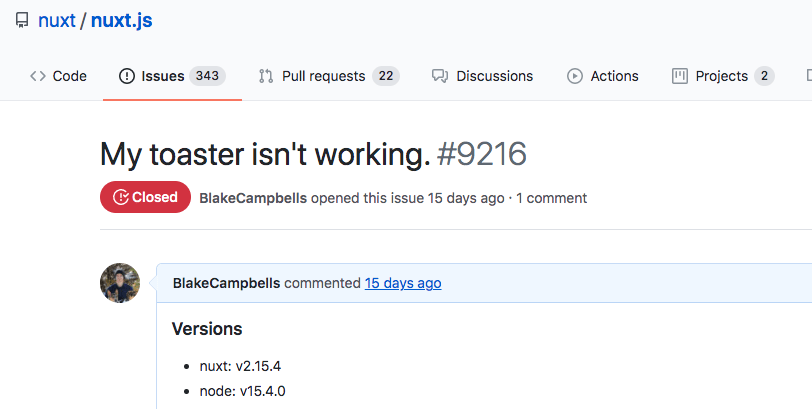 Complain and add nothing on an open issue

If you do find a valid issue on Github, complain. Dog-pile on it as much as you can.

Here are some phrases the OS developers love:

Why are you making a billion dollars a year when you only commit a few times? Who cares about raising money so you can keep the project alive, I want my free project now!

Star the project and keep moving, even if you work at a Fortune 500 company 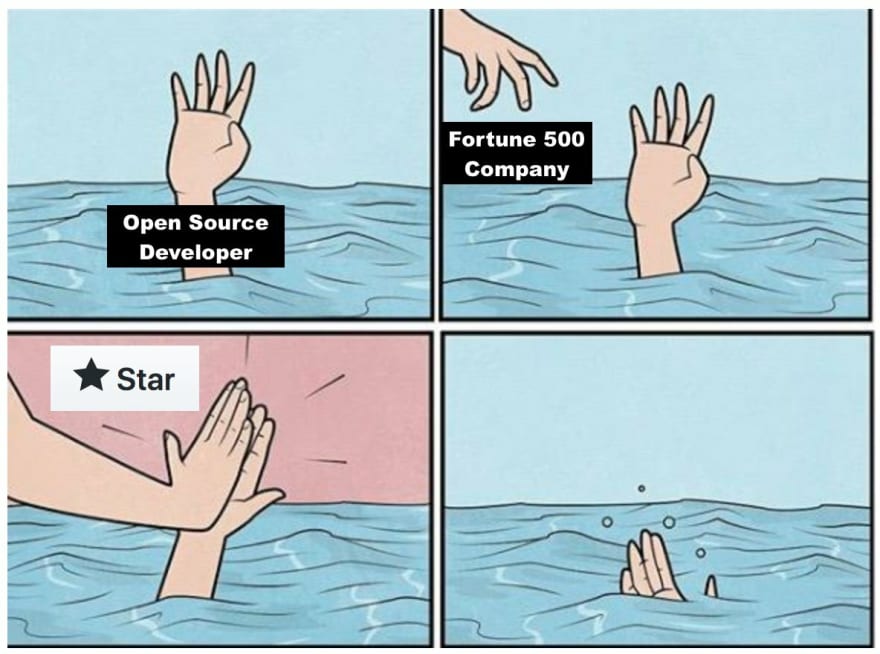 Source: David K Piano go give him a follow on Twitter. This picture is too good not to include.

In case it isn't clear by now, this is satire! Web Dev has gotten so full of uninformed opinions, I thought I'd poke some fun. To all Open-source developers, you're great. The community wouldn't be the same without you! Happy Friday!

Some of my favorite OS Developers. Thank you!
Henry at BabelJS
Evan You of VueJS
Guillaume Chau of VueJS 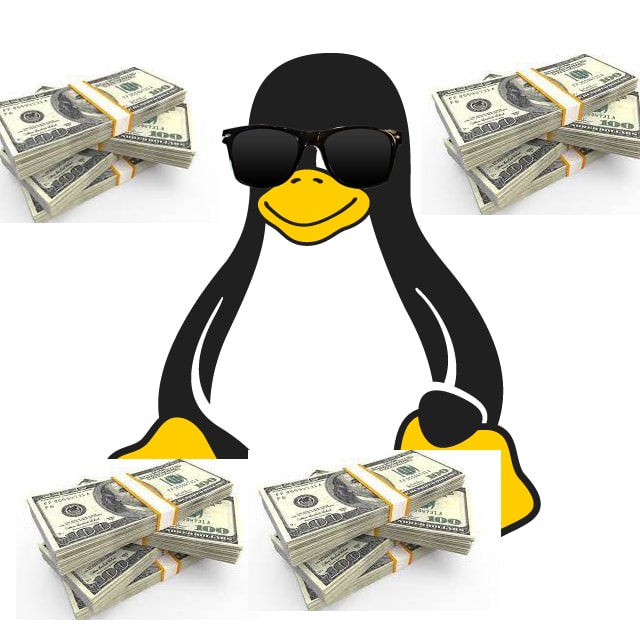 React project one must do!

Once suspended, blaketweeted will not be able to comment or publish posts until their suspension is removed.

Once unsuspended, blaketweeted will be able to comment and publish posts again.

Once unpublished, all posts by blaketweeted will become hidden and only accessible to themselves.

If blaketweeted is not suspended, they can still re-publish their posts from their dashboard.

Once unpublished, this post will become invisible to the public and only accessible to Blake Campbell.

Thanks for keeping DEV Community safe. Here is what you can do to flag blaketweeted:

Unflagging blaketweeted will restore default visibility to their posts.