EDIT: with React Hooks, you can just use useContext to do this with no pain, this article is rendered of little value now, so is the library. I haven't found myself needing this at all.

Redux has been my home, will be my home for a lot of use cases. It's made life easy as a developer who's always had to single handedly manage projects of scale. But here's a myriad of use cases where you don't need Redux's magic or functionality. Sometimes you just need central state without prop drilling. I gave job interviews in the last year that required small take-home projects and I realised just how powerful the Context API can be when you don't need Redux/MobX et al. Only issue, Redux let me put everything in one place and elegantly select what I needed from it. With Consumers, I got stuck in situations where there were render props inside render props inside...you get the drift. If you're into functional programming, first thought in your mind is if only I could compose these. Let's look at some mildly problematic code to understand this.

Well, that doesn't look very ugly now. But imagine if instead of using ramda and offloading to another component, we had something like this in the CartContext's Consumer:

Now imagine this, but with another Consumer called CouponConsumer to inject the app's Coupon related state. I would be terrified to look at Cart.js even if the culprit was me from 2 months ago. Enough banter, let's now be true to the title of this post and propose a solution to make neat code.

The tiny library that saves the day. 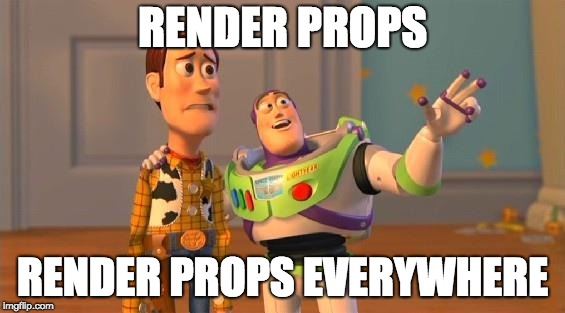 Render Props are the new hype of React's ecosystem, that's a fact. So, when you need to use more than one render props component together, this can be boring and generate something called a "render props callback hell", like this: 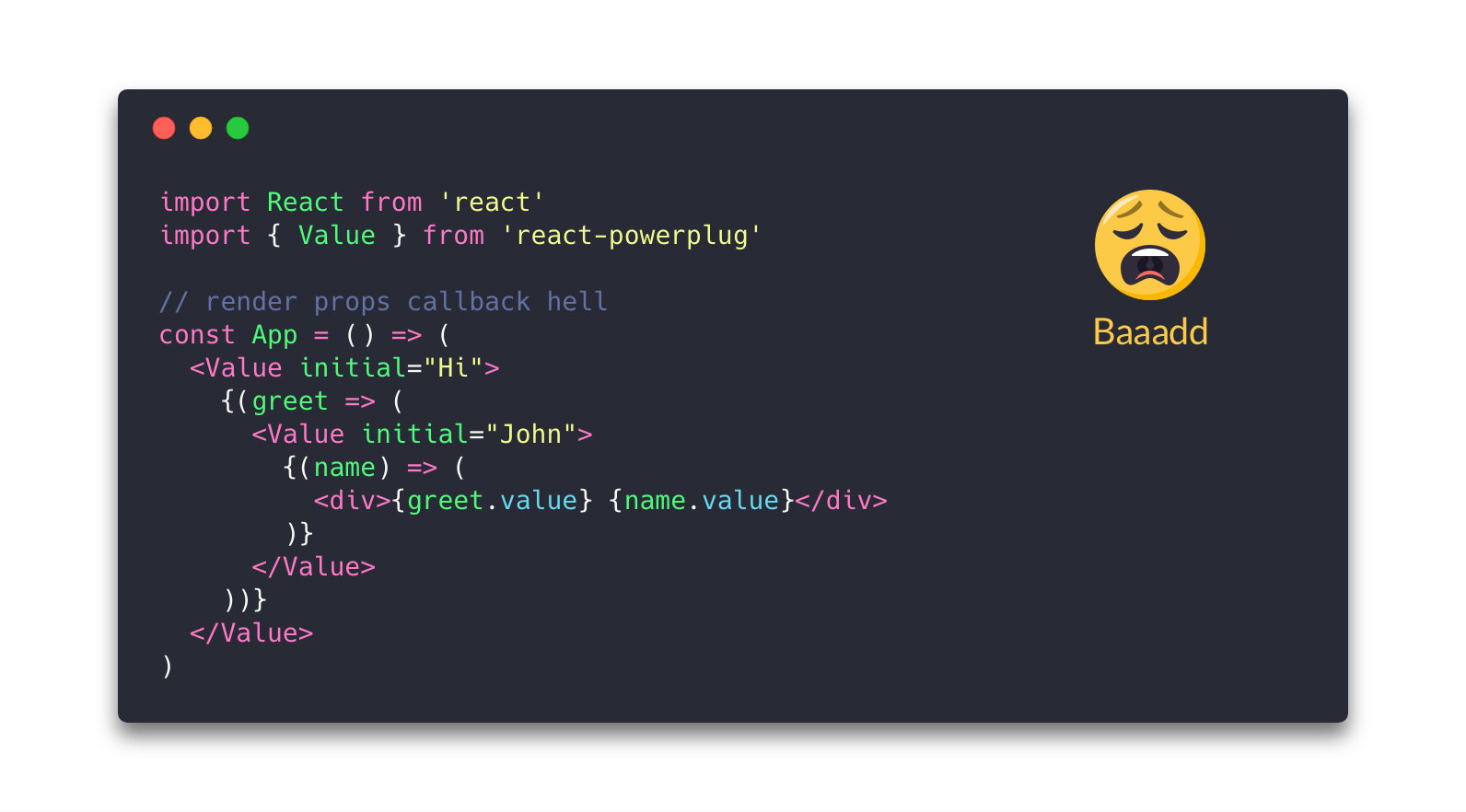 React Adopt is a simple method that composes multiple render prop components, combining each prop result from your mapper.

Now you can use…

I'm trying to make it a habit to write every week, follow me if you think you want more of these tiny tricks that I picked up along my front end journey.

Once suspended, blnkspace will not be able to comment or publish posts until their suspension is removed.

Once unsuspended, blnkspace will be able to comment and publish posts again.

Once unpublished, all posts by blnkspace will become hidden and only accessible to themselves.

If blnkspace is not suspended, they can still re-publish their posts from their dashboard.

Once unpublished, this post will become invisible to the public and only accessible to Aviral Kulshreshtha.

Thanks for keeping DEV Community 👩‍💻👨‍💻 safe. Here is what you can do to flag blnkspace:

Unflagging blnkspace will restore default visibility to their posts.