A fork bomb (also known as a rabbit virus) is a denial-of-service attack that consists of a process that constantly replicates itself to exhaust all available system resources, slowing down or crashing the system due to resource starvation. 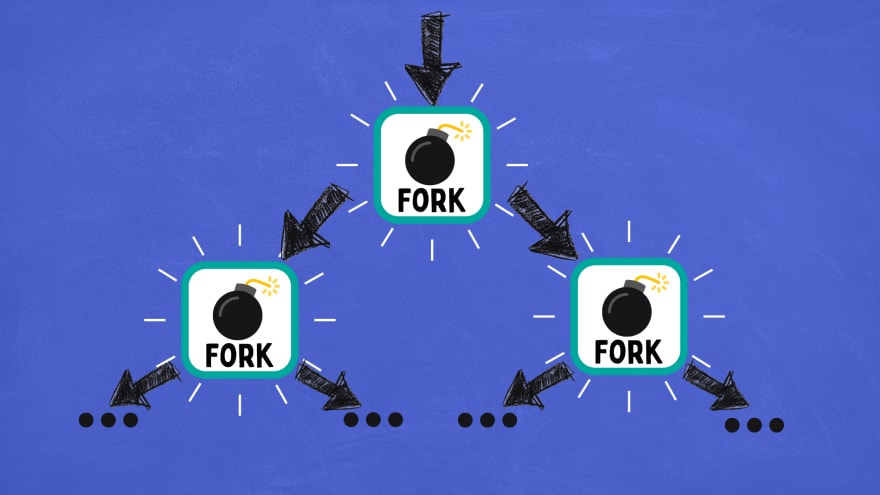 Here's an example of the most popular fork bomb in Linux:

NOTE: do not run this on your system as it would crash the system!

Here's a quick rundown of all elements:

If you have a multi-user system, the best way to protect it against such attacks is to limit the number of processes a user can have by using PAM for example.

If you are already logged into the system you could do the following to stop the fork bomb:

For more information about the history of the fork bomb and other examples I would recommend checking this Wikipedia page:

How the cd command works in Linux

Bobby Iliev
I am a professional DevOps Engineer with a demonstrated history of working in the internet industry. I am an avid Linux lover and supporter of the open-source movement philosophy.
The top 10 Linux Commands that Every Data Engineer Should Know
#database #linux #bash #devops
💡 Free Introduction to Docker eBook
#docker #devops #linux #books
[VIDEO] How to Deploy a Node.js App on Ubuntu with PM2, NGINX and Cloudflare
#node #javascript #devops #ubuntu