"I get knocked down, but I get up again, you're never going to keep me down" - Ancient Proverb

Note: I wrote this at the beginning of the year, but I wanted to make some updates based on some new perspectives.

It was December 2018. I was looking for a new job opportunity, and I managed to arrange an interview with a market research company based out of Toronto. By the title of this article you can probably infer that it probably could have gone better. As I walked out of their office into the cold, Canadian winter, I felt an overwhelming sense of defeat. And not the regular sense of defeat most Canadians generally feel when winter starts. It was a myriad of different emotions: anger, disappointment, confusion, disappointment—just a bunch of disappointment, really. 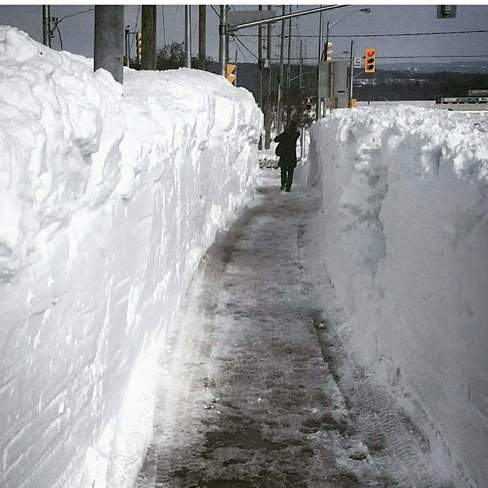 Think I'm joking about feeling defeated during Canadian winters? This picture was literally taken outside of my college.

Over the past couple years, I've become a lot more confident in my skills—when I apply for a position, I actually feel like I'm a good fit. I've moved into senior developer roles; I've had responsibilities in mentoring junior devs and interviewing new hires. I've shed off a little bit of that imposter syndrome; things have been pretty good—except all of that went out of the window during this interview. Maybe it was the entire Margherita pizza I ate only an hour beforehand, or maybe I just cracked under the pressure (it was probably the pizza though). 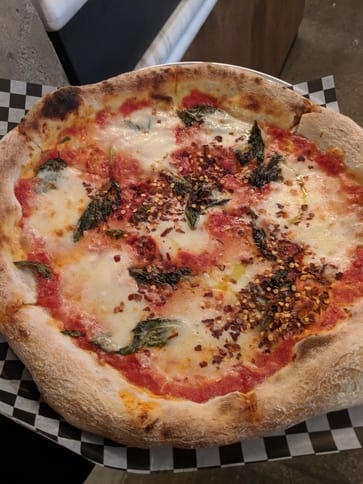 Pictured above: the culprit

The position seemed like a perfect fit. I had been working professionally with the stack they were using for around four years, and I have a post-grad certificate in Big Data Analytics—this was definitely a bonus for a market research company. A friend of mine was working as a highly-respected developer with this company, and had recommended me for the position. Things really couldn't have been much more in my favour. I was critical darling "The Shawshank Redemption", and the Oscar for Best Picture was mine to lose. 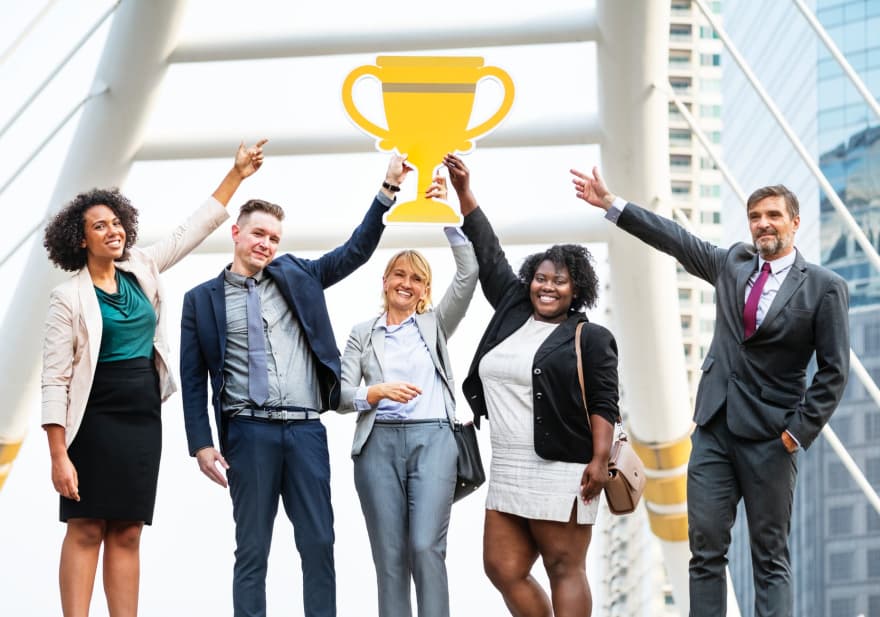 The Shawshank movie poster on Wikipedia had an attribution clause I was too lazy to read, so I found this terrible stock photo to illustrate my point instead.

Except Shawshank Redemption didn't win Best Picture. And I wouldn't, either (in case you're curious, Forrest Gump beat both Shawshank AND Pulp Fiction for Best Picture that year. Also, am I nailing this analogy?). Here's the thing: even though I had a ton of advantages coming into this, the simple fact is—I just had a bad interview. It's not that I wasn't prepared, or that it was anything outside of my capabilities. I just ran into a snag mid-interview, I panicked—cooler heads did not prevail—and by the time I figured out what the issue was, it was too late. I swallowed my pride and walked my interviewer through what I would have done to finish the challenge. 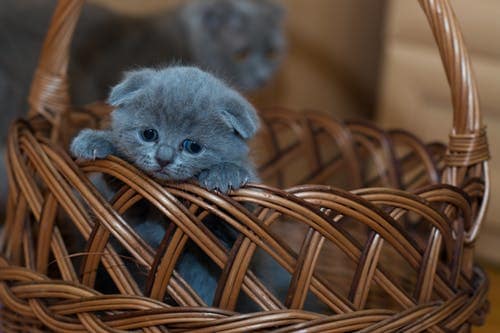 How I felt, but in cat form.

I never got a call back; I was devastated. I took it out on myself. But here's the thing; just because you have a bad interview doesn't mean you're any less of a developer (even though it can feel that way). After blowing the interview I felt awful—all of the old feelings of inadequacy started to flood in. I thought back to my first year at college, struggling to keep up as my peers seemed to grasp the concepts that just wouldn't click for me. Though it's natural to feel bummed out, it's important to not let your mistakes define you. When I was struggling in college I worked harder until I could excel past my peers. When I blew the interview I worked harder, and two months later I landed a fantastic opportunity where my career has grown to monumental heights. Every struggle turned into another opportunity to improve.

I wanted to be open about this experience because I feel like it's important for people to talk about the less glamorous moments (especially on social media when we're constantly surrounded by brilliant people doing amazing things). I think we've all been through the process: the countless resumes shipped, the seemingly-endless applications filled out. Months without hearing back on any prospects. The technical recruiters who claim they're excited to work with you, only to ghost you like a bad Tinder date. The feeling that maybe you're just not cut out for this. It can be hard to stay motivated through it all. I faced it when I was starting out my career, and I'm still dealing with it now.

Here's the thing: you will fail, and that's okay. Because once you find success, it will taste so much sweeter. There's already far too many failure-related proverbs, so I'll spare you the yearbook quotes. So I blew an opportunity—I'm not going to quit just because I had one bad interview. It will take at least three bad interviews to stop me.

Thanks for reading, and I hope you enjoyed my story. I'm doing better now but feel free to send me hug emojis on Twitter.

Implementing a feature with Vanilla JavaScript

How I build a Documentation site using Docz

Keith Brewster
Web dev, dog dad, blogger. Trying to be funny on the internet.
How Did I Do On My 2019 Resolutions?
#humor #webdev #writing
How To Start A Podcast
#webdev #podcast
Hacktoberfest: My Journey Into Open Source
#hacktoberfest #opensource #webdev

Once suspended, brewsterbhg will not be able to comment or publish posts until their suspension is removed.

Once unsuspended, brewsterbhg will be able to comment and publish posts again.

Once unpublished, all posts by brewsterbhg will become hidden and only accessible to themselves.

If brewsterbhg is not suspended, they can still re-publish their posts from their dashboard.

Once unpublished, this post will become invisible to the public and only accessible to Keith Brewster.

Thanks for keeping DEV Community 👩‍💻👨‍💻 safe. Here is what you can do to flag brewsterbhg:

Unflagging brewsterbhg will restore default visibility to their posts.