[NOTE: A month ago I wrote an article explaining that I would be applying to Facebook. You can read that article here: https://dev.to/bytebodger/applying-to-facebook-dan]

So... I'm no longer "Applying to Facebook". Or, to put it in more explicit terms, I'm no longer being considered by Facebook. For those who read the first article, this won't come as a huge surprise to you. I was very open about the fact that I did not expect to be hired by them.

However, the exact manner in which I was eliminated was, umm... interesting. So what happened??

Facebook reached out to me on LinkedIn about five weeks ago. It was a standard ping from one of their internal recruiters - it's not like I was being pursued by one of their executives to fill a specific role. There wasn't anything overtly "special" about my resume or their desire to talk to me. I was just someone who came up on their radar.

After a brief call with the recruiter, they asked me to send them an updated copy of my resume. The first thing I did was to write the first article (linked above). Quite frankly, I just thought it would be interesting content for the Dev.to crowd. The second thing I did was to spend a little more than a week standing up a new resume site. If you're interested, you can see that site here: https://adamdavis.codes.

This may sound like a strange reaction on my part. After all, why wouldn't I just manually update a resume and send it to them? Well... for some time now I've been a little exasperated whenever a recruiter - calling about a job that I may not even be interested in - asks me to update my resume and send it to them. I mean... I'm a programmer, right? Wouldn't it be more efficient just to create a resume site that I rarely need to update? And then to send that link to any recruiter who wants my CV? So that's what I did. And once the site was live, I sent the recruiter the link to https://adamdavis.codes - and waited.

I actually didn't hear back from them for almost three weeks. Not that this was bothering me at all. I just figured that, when they wanted to get back to me, they would. Or maybe they wouldn't get back to me at all? Who knows?? The point is that I wasn't exactly stressing about it.

But late last week, I did indeed receive a reply from the Facebook recruiter. Here's the pertinent quote from that email:

My sincerest apologies on the delay in providing you an update. As promised, I have shared your resume link with our team and unfortunately I have to inform you that we have decided we will not be moving forward with your application at this time and I am not able to provide any specific feedback. For what it’s worth, I’d normally inform over the phone but I feel terrible for how long we’ve kept you waiting so I wanted to let you know as soon as I found out.

And there you have it. I'm a Facebook reject!!!

If it's not already clear, I wasn't exactly crestfallen. In fact, when I read the response above, I literally laughed out loud. I really only applied because I thought it would make for interesting content - taking you along on the ride until I was ultimately eliminated.

I must admit that I thought I'd make it at least a little bit further in the process. I figured that I'd at least, you know, have the honor of failing a coding test or bombing a developer interview. Basically... I fell down in the starter's block.

The rejection itself was completely expected. But the nature in which I was eliminated felt strange. So... what happened??? 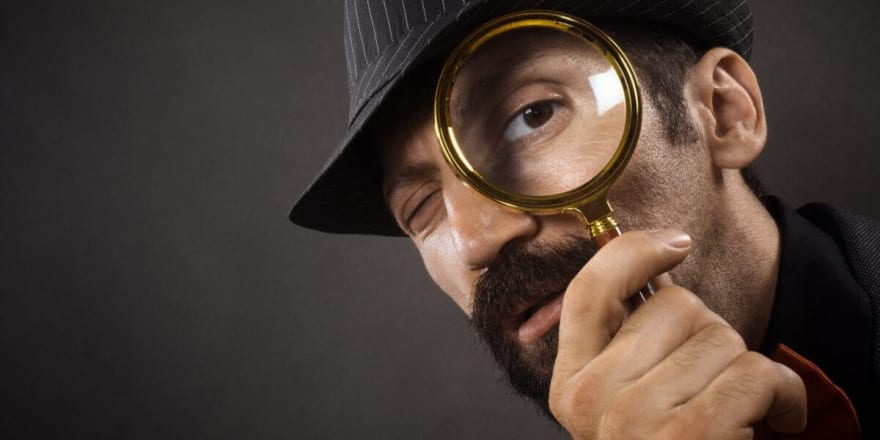 Obviously, there's no way to know exactly why I was eliminated. And Facebook is under no obligation to tell me. But we can do a little... surmising.

Remember when I said that I didn't send them an updated resume, but instead sent them a link to my new resume site?? It's possible that this minor difference - between what they requested and what I provided - was enough for them to move onward. I don't honestly believe this to be the case, but it's at least theoretically possible.

Far more likely is that someone at Facebook looked at my resume site - and didn't appreciate what they saw. You see, some of my resume site is written with the same "spiciness" that I bring to these articles. And some people - especially, some people who are evaluating candidates - don't much appreciate that.

If I had an agent, he'd probably beg me to change the verbiage on my resume site. But that verbiage serves a purpose. Specifically, it's designed to repel those employers who are looking for hoop-jumpers. Cuz I don't own any hoops. And I don't jump through anyone else's hoops.

Someone at Facebook may not have appreciated the fact that I was openly talking about the process. More likely, someone at Facebook maybe didn't appreciate the fact that I'd written about the folly of using concepts like .call() and .apply() as litmus tests in a tech interview. After all, they told me that these would be important concepts in the initial interviews - and then I turned around and wrote a blog about how stupid I thought this was.

Or maybe it wasn't even my "Applying to Facebook" article that put them off? Maybe they didn't like something else that I wrote about on Dev.to? Or maybe they looked at my pic and realized that I'm far-short of handsome? Or maybe they decided that hiring cranky old guys isn't always the best strategy in Silicon Valley? Who knows? Who cares???

Ultimately, I'll never know exactly why they cut the process so short. And that's just fine. I had honestly hoped to turn it into a few more articles - but I can't control that. If nothing else, it was interesting. And despite the ancient Chinese curse (May you live in interesting times.), "interesting" isn't always a bad thing.

What and how do I perform a search operation in Typesense?