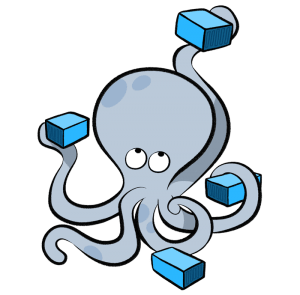 In this post I will show a simple example about how to create apps for each pull request (or, creating your own Gitlab/Heroku Review App).

Let’s imagine the following scenario of a development team:

Now the developer should send the feature to someone else to test it. The feature should not be merged into master so it can be tested. They should be tested isolated because one feature can interfere with another and master should only have deployable code. With this in mind, we will create an environment for each pull request using Docker.

I will use Jenkins as CI because I want to use an open source tool to demonstrate this, but you can use any CI tool that you prefer.

This post will assume that you already have Jenkins installed. I will use this opensource Rails application as an example. Fork this repo into your account and clone it in your computer.

You can get the full code repo that I used on https://github.com/duduribeiro/openjobs_jenkins_test

The first step that we need is to configuring our app with docker.

A Dockerfile is a file that has instructions to build an image that contains our application. You can learn more about Docker in their documentation.

Create a file named Dockerfile in the app folder:

This is our instructions to build an image. The first command FROM specifies to docker that we will use the image ruby:2.4.1 as our base image.

After, the first RUN command installs all dependencies the app needs: yarn, imagemagick and node (to precompile the assets. A fancy solution is to use a different container only with node and sprockets to precompile the assets). The second RUN command, creates a folder /var/app that will be responsible to store the application. The COPY command moves the current folder to the container in the /var/app folder. The next RUN command installs all dependencies from Rails and yarn. The CMD specify the command that the container should execute when it runs the image. You can learn more about Dockerfile here.

With this file we can build our image.

With this command, we are building our Dockerfile and generating an image with the tag myimage .

Running docker image ls we can check our image.

Now we can start our application:

The -d option tells to docker that this container will run in background and -p 3000:3000 will connect the local port 3000 with the exposed 3000 port from the container.

Instead of manually run each container, we will use docker compose , a tool to help us to run multi containers applications.

Use docker ps and docker kill to destroy your application container/

In this file, we are creating 2 services. One for the database using the postgres image, and another one with our web application using our Dockerfile image.

postgres://user:password@host/database_name.Since our database user does not have password, we leave empty after the : . We don’t fill the database_name because we want the configured one in config/database.yml (one database name per environment).

Create the databases and run the migrations:

In this command, we will run a container with the web service and execute the command rake db:create db:migrate . The --rm option is to remove the container after the execution.

Now we can start the application:

Access http://localhost:3000 again and now our app is working.

We will use Jenkins pipeline as code to configure our pipeline. Read more about it here. We need to have docker, jq and Jenkins installed on CI server.

Create a file named Jenkinsfile in the project root with the following content:

We have 4 stages on this pipeline:

Let’s create our pipeline on Jenkins. Push your code, go to your Jenkins, and access the blue ocean interface and click in the New Pipeline button:

In the next screen, select Github, choose you account and find the repository. Click in Create Pipeline 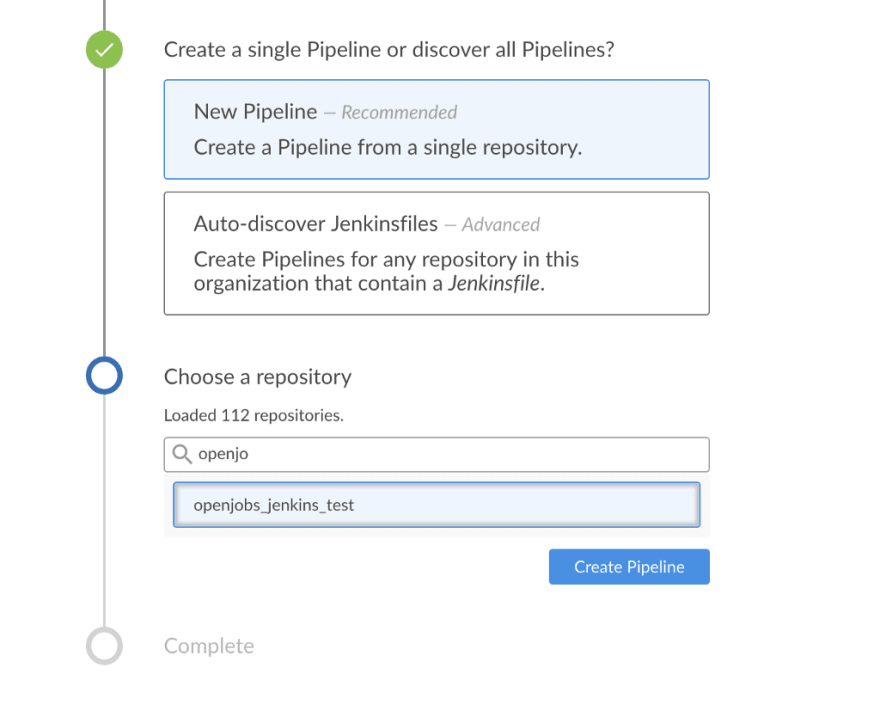 And our build is passing 🎉

The red icon on the build is because this step will not run, since the branch built was master .

Now we need to create our environments after the build and dynamic route a domain to a specific container. 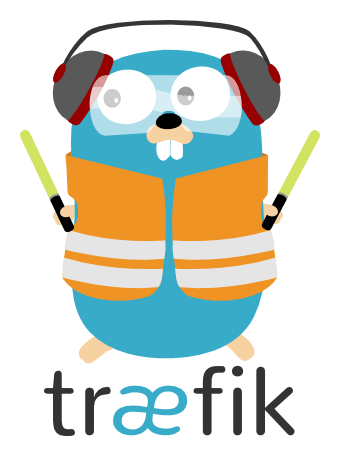 Traefik is a tool that will help us make the dynamic routing and act as a load balancer. Example: If I access http://mybranch.mydomain.com , I want to access the container containing the app with mybranch that should be started by Jenkins.

The following steps should be executed on CI server.

We will use Docker Swarm. It is very helpful to create a docker cluster. I will use only one server to demonstrate, but you are able also to create a cluster.

This will initialize our server as the swarm master. It will generate a command that you can use to join the cluster in other servers.

Create a network that we can use with traefik and our containers:

This will initialize traefik. You should treat this initialization on some startup script on your server.

The docker.domain specify that we will access the apps through appname.apps.carlosribeiro.me . To allow this, I created two alias on my DNS server pointing to the CI server’s IP:

Editing Jenkinsfile to create the environments

Lets add a method on Jenkinsfile that will create a environment when the build is triggered.

This method will accept an argument to inform the name of the environment. This name will be used to prefix the services name. It will stop all docker-compose containers that are still running. After, it will remove if exist, services with the same name (This is to recreate the environment when we push again to the branch). After, we create 3 services. One for Postgres, another for Redis, and the app itself using the imaged that we built on build step. The last command, runs a temporary docker container to create and migrate the database and precompile the assets (you can fetch your previously dump from production too).

Look that in the app service, we specify some environment variables.

— label ‘traefik.port’ will inform traefik what is the container’s exposed port. In our case, is the 3000.

— name inform the service name that traefik will identify as the prefix on domain.

Now, lets call this method on our pipeline’s stages.

If it is master branch, we will deploy into an app called staging . If not, it will call the app with the same name of branch.

Push master and let’s wait Jenkins create our staging for us.

… and our app is deployed on staging:

Push this branch, and open a pull request. 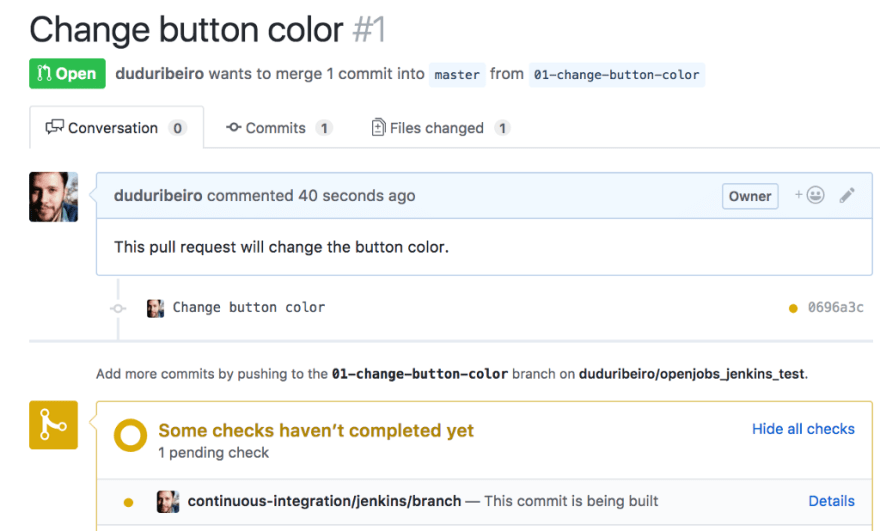 Github will tell us that the build is pending.

and Github is informed:

And now we have our dynamic environment up and running

I can send this URL to a QA or a PO review it before merging. If something is wrong, it can be validated before it is on master.

Hey 👋, I’m Carlos. I’m a software engineer at RedHat living in Araraquara, Brasil. I am a fan of photography, technology, and travel. You can read my blog at http://cadu.dev.

How to build Asp.Net core app in docker