A month ago, I came across this tweet from @devdevcharlie where they use hand gestures to control the lights in their room. Check it out: 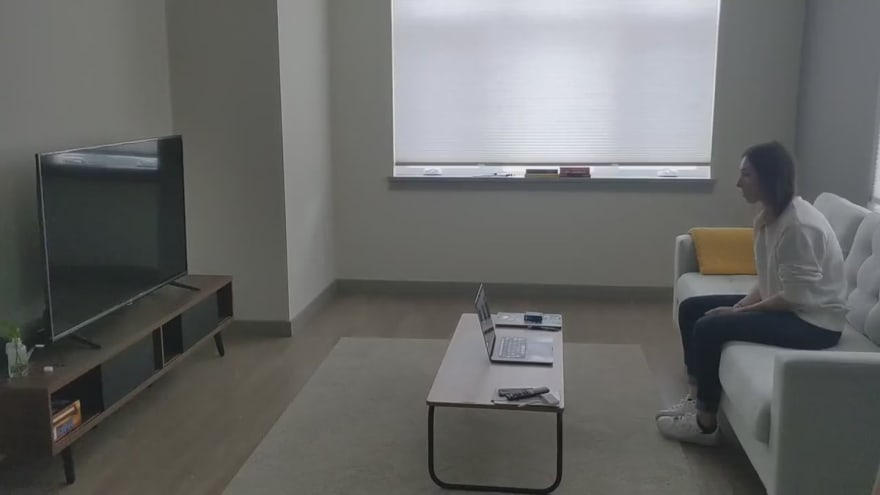 Started experimenting with room-sized computing to control my lights with more natural/intuitive gestures.

I'm using TensorFlow.js & the MoveNet model to pick up movements and target the lights I'm pointing at.
👉🏻💡

So - how did they manage to do that? D-uh! It's in their tweet itself!! Great work Sherlock!

Ok ok. But how did they actually pull it off? What could their code look like? Here's my take on how they may have achieved it.

Let's get this out of the way sooner than later. I can't make out much details of the smart bulb / light in play but for this task, I shall abstract it. Instead of obsessing over which device they may have used, since it is not central to this task and it only needs to turn on or off based on hand gestures, let us assume that it is a Light model that has a method state to which you pass either ON or OFF. So, something like this:

It could be any smart bulb, but at its very basic, its interface would probably have the above methods that we will make use of. We don't have to worry about the intricacies any further. In fact, for our implementation, we'll be logging the detected hand gesture to the browser console and the resulting light state.

There's a laptop (with a camera) in front of them - and that's the one that's capturing their pose, not the camera that's recorded the scene that we can see (hey - my dumb brain did not see the laptop initially). So you would need a camera / web cam that you can stream yourself through. If you don't have a webcam, but you possess an Android phone (and a USB cable), check out DroidCam that let's you convert your phone to a webcam.

We start off by creating a very basic HTML page. Code with explanations follow:

We move on to the script.js implementation, which is where we shall have all our logic to control the lights.

In this file, we start off by defining couple of functions, each of which do a dedicated task.

This function initializes the video tag, so that it plays the video from the camera attached to our computer. It goes something like this:

Each code statement has a step associated with it and the explanation of each step is below:

This function sets up our "Pose" Detector. Pose here is our body pose / posture. Check out this diagram obtained from the Movenet documentation. 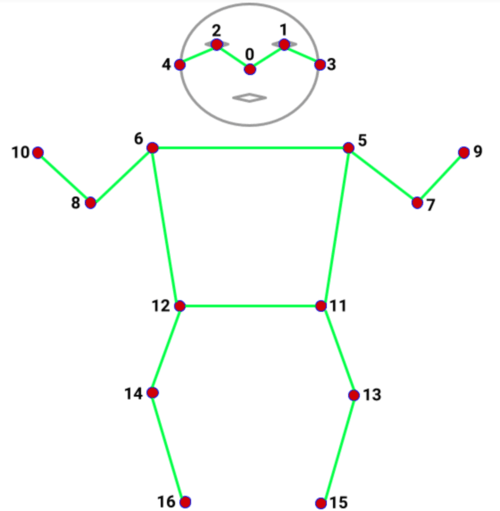 Each number represents part of our body (eye - left/right, wrist - left/right etc). In the referenced link, you can find the identification of each number below the image itself. Reproducing it here for your convenience:

Isn't that cool? We already have the means to identify the different parts of our body. We just need to make use of it. This is how:

Here's the explanation for each step in the code above:

This function receives a keypoint object, with the x and y co-ordinates of a body part and it is expected to recognize the gesture made through that body part.

Bear in mind that detecting a complex movement like a thumbs up or a finger pointing in a direction or a "call me" finger combination requires setting up a neural network to accurately determine the hand pose. That is too cumbersome for our project here. We would like to keep it simple.

So essentially, we are dividing our video area into two parts - since our video width is 640px (see the initVideo() function), this would mean that from 0px to 320px will be our LEFT side of the video while 321px to 640px shall be the RIGHT side of our video. 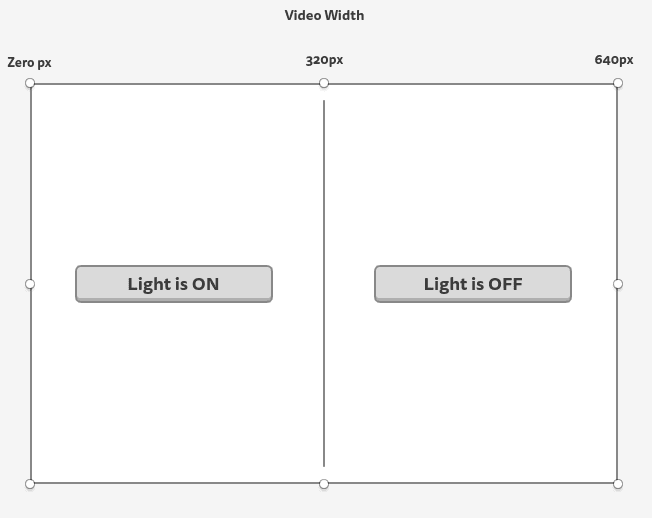 Let's translate that to code our recognizeGesture() function:

If the x co-ordinate is greater than 320px, our wrist is on the LEFT side of the video and thus, we turn ON our light. Otherwise we turn it OFF.

That was the penultimate function we implemented.

This is the last function we'll implement. This brings it all together:

The full source code for the script.js file looks like:

When we launch our app using a simple http server, our demonstration will look something like:

Remember - our version detects the left wrist's location - and not the entire arm's movements.

Once suspended, callmekatootie will not be able to comment or publish posts until their suspension is removed.

Once unsuspended, callmekatootie will be able to comment and publish posts again.

Once unpublished, all posts by callmekatootie will become hidden and only accessible to themselves.

If callmekatootie is not suspended, they can still re-publish their posts from their dashboard.

Once unpublished, this post will become invisible to the public and only accessible to Mithun Kamath.

Thanks for keeping DEV Community 👩‍💻👨‍💻 safe. Here is what you can do to flag callmekatootie:

Unflagging callmekatootie will restore default visibility to their posts.