In last week's post, I presented how to set up Puppet Catalog Diff to diff between two Puppet environments.

Wouldn't it be great if this tool could be used to perform automatic impact analysis before merging a Git branch (aka Merge Request or Pull Request)? Well, it can.

Our current set up is based on RedHat OpenShift and GitLab.
This is however easily portable to other installation choices. 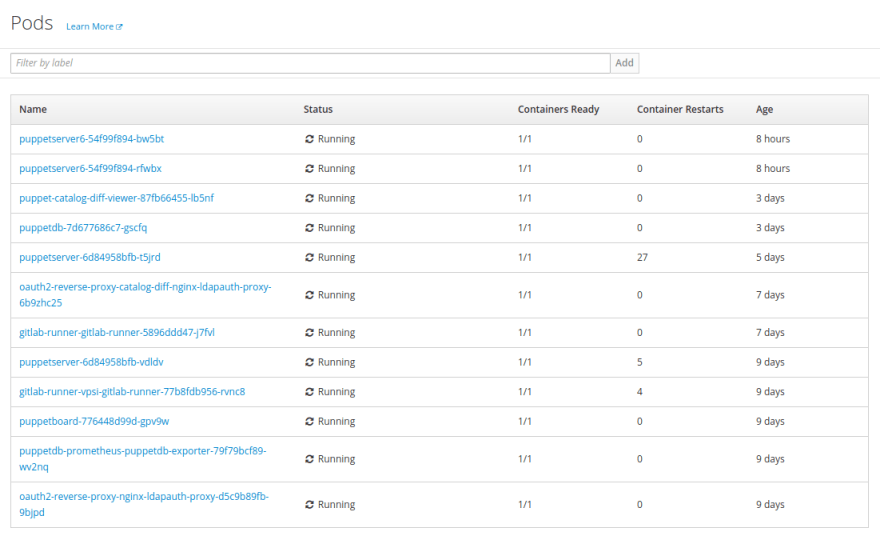 We have passthrough OpenShift routes sitting in front of the services to expose them to the rest of the infra (on port 443 instead of 8140).

Puppet code deployment is done using a GitLab Runner chart whose deployment mounts the Puppetcode volume (PVC from the Puppetserver deployment). We then run r10k in a GitLab pipeline every time a branch is pushed.

We also lint the code before deploying it, using the Onceover Code Quality plugin.

When a Merge Request is open, we want to analyse the impact it will have before we can merge it. This is where Catalog Diff plays a big role.

Unless you have a huge Puppet infrastructure, Catalog Diff is quite heavy to launch, as it will request lots of catalogs in a small amount of time.

The new --old_catalog_from_puppetdb option introduced in version 1.7.0 reduces the load by half by getting the "from" catalogs from PuppetDB, but it's still kind of a large batch of requests to the Puppet servers.

For this reason, we run Catalog Diff only on demand, as a manual task. Lint and Deploy are run a second time, to make them mandatory passing steps before a merge can be validated.

A few notes on that setup:

Here are some screenshots of a typical workflow. 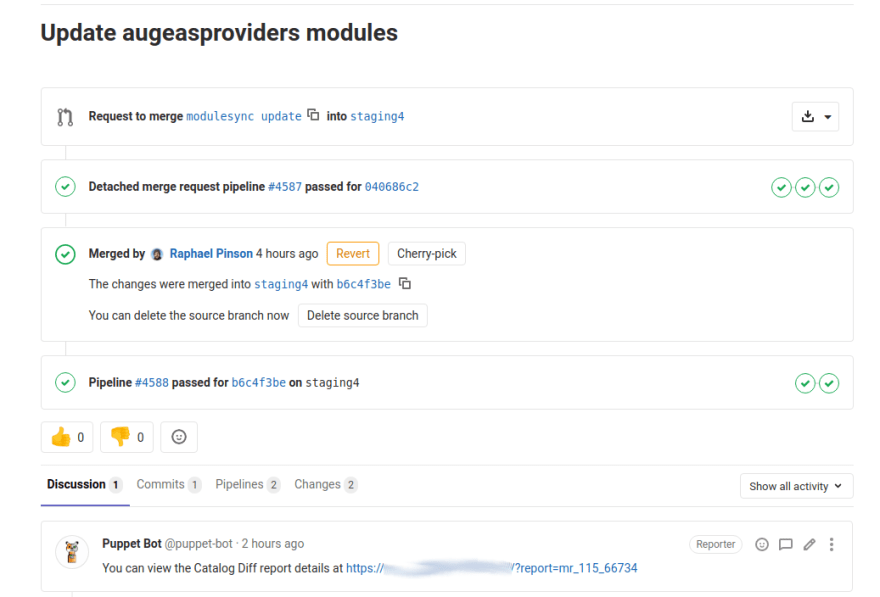 The Merge Request validated, with the comment left by the bot after the Catalog Diff build was run (see the 3 steps on line 3) 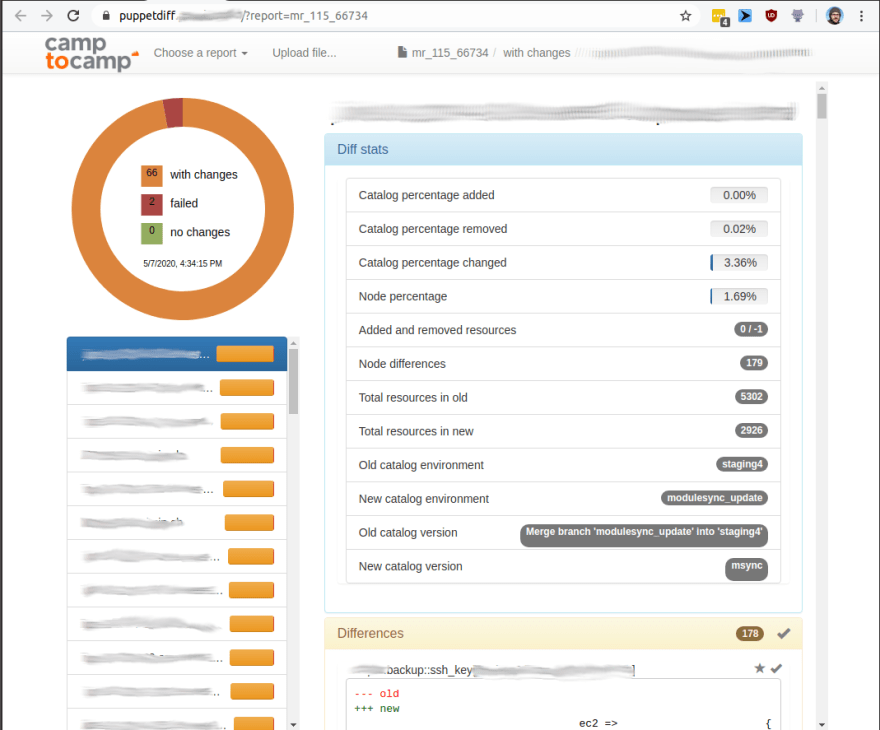 Viewing the report generated by the Puppet Catalog Diff run

Here's a video demo of the setup described above:

This set up allows us to:

As stated in the previous blog post, this doesn't account for every change, since changes in plugins (facts, types & providers, Augeas lenses, etc.) can also impact servers but won't be seen in catalog diffs.

Does Your Dockerfile Have These Problems?