Avalonia UI is a cross-platform UI framework available for Dotnet Core. It is a project part of the .Net Foundation. Its main appeal is to provide the ability to create desktop applications for Windows, Linux and MacOS with a single code base.

In this tutorial we will see how to install the Avalonia templates and create a blank application.

The first thing we need to do is installing the Avalonia Templates so the dotnet new command could use them when creating new applications.

You need to go to the following Github Repository Avalonia Templates for dotnet new and download the zip version. Alternatively, you could clone it to your machine if you have git installed.

After you have unzipped the file in the location you prefer. It is needed to run the following command. Keep in mind the path you need to use is the route to the unzipped templates

Tip: An easy way to add the folder path to the command line is to drag and drop the folder from the File Explorer

The command executed on the previous step adds a few more templates to the dotnet new command.

There are two project templates added are the following:

To create a new application you need to run the following command:

Where MyApp is the name of the application we are creating.

and then run the app with the dotnet CLI

The result will be the following as a blank app shows on screen. 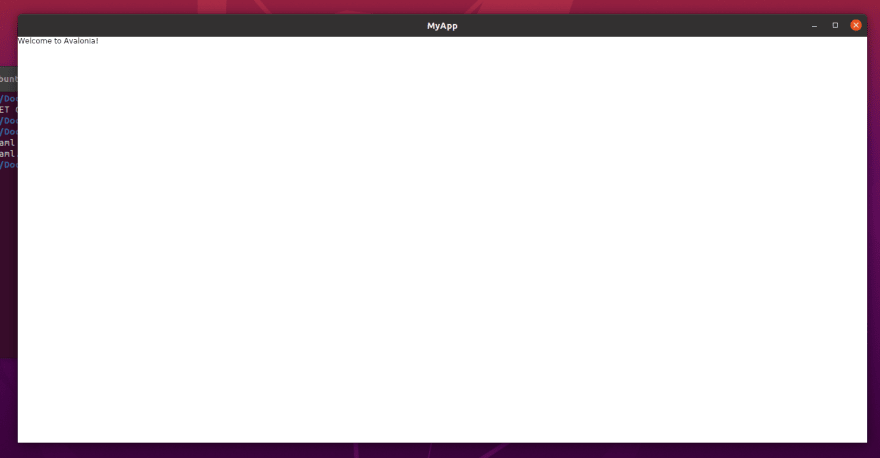 I hope you find this useful. In following entries we will continue exploring the Avalonia UI framework.

First Full Stack App: Where do i start?

Once suspended, carlos487 will not be able to comment or publish posts until their suspension is removed.

Once unsuspended, carlos487 will be able to comment and publish posts again.

Once unpublished, all posts by carlos487 will become hidden and only accessible to themselves.

If carlos487 is not suspended, they can still re-publish their posts from their dashboard.