This post was originally written and posted on Medium on September 12, 2017.

I’ve been a fan of Austin Kleon’s for a while now after picking up a copy of Steal Like an Artist. However, it’s Show Your Work! that I absolutely adore and find myself returning to it again and again. I even included it in my list of 5 sources to alleviate the pressure of creativity block.

Show Your Work! acts an alternative to self-promotion and acts like the perfect sequel to Steal Like an Artist. The goal of the book is to show your work process which in turn will influence others by having them steal from you. While the book’s target audience are creatives, I found that there was a lot of crossover between artists and web designing and development.

These are some takeaways that I found to be beneficial and how it’s similar to the learning process:

No matter how much we wished we could avoid the outside world and create/code our way into a finished product, it’s not going to happen. The idea that the lonely developer is cranking away at their laptop in a darkened room is an image that hasn’t been true for a while. Designers and developers come together through meetup events and hackathons. They each can’t bring a product to life without input and a good soundboard. We reach out across Stack Overflow and Twitter to help others and improve on a product.

I’m a fan of artists showing their progress and even more so when it comes to developers. It creates a connection between you and your audience and you never know when you can crowdsource a question or the next career path. Social media is slowly becoming second nature for tech people and filling our feeds with our most recent work is the best way. 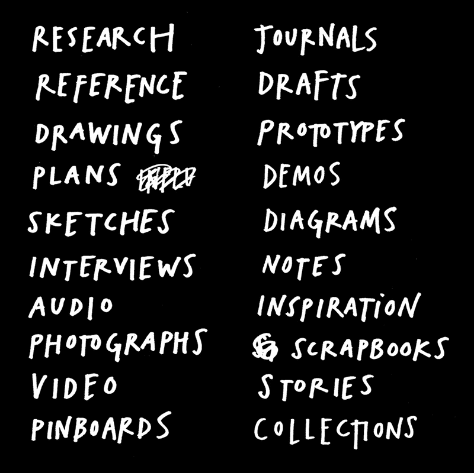 3.) Small things, over time, can get big

Instead of focusing on months and years, days are the goal. Even at the beginning of a project, there is something to share and getting in the habit of sharing a daily item creates a habit. For developers, #100DaysOfCode is the perfect example of working a little bit a day and it creates a streak. I’ve found documenting what I do whenever I work helps with remembering my progress and even found the little notes I leave behind to be informative. I document the books I’ve read related to tech and the tech industry along with courses I’ve taken, especially if they were quick ones. Knowing what I’ve learned and seeing my progress months later helps whenever I think I’ve hit a plateau.

One of the greatest things I’ve found about developing is how whenever someone has a question, there is always someone there with an answer.

The cycle of “learning and teaching” allows you to figure out the concept and how to explain it in such a way that’s easier than tech-filled jargon. 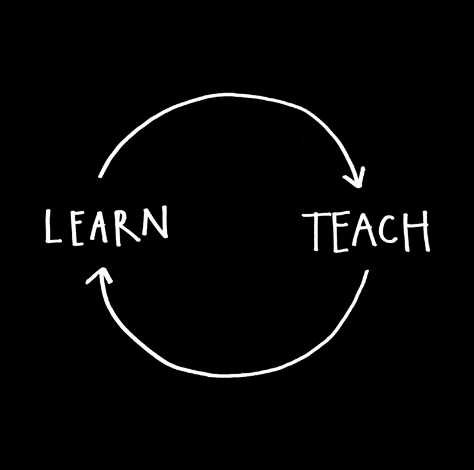 I’m fond of sharing reading lists since I sustain myself through books. Knowing that other people at the same level as you helps with imposter syndrome and the belief that you’re never going to get anywhere. You will get somewhere and sharing what you know helps build a community.

5.) Having a hobby helps

Spending hours at your computer designing and developing can grow tiring on the eyes. Picking up a hobby can get you away from the computer (hopefully) and exercise other parts of your brain. You’ll find that you’ll look at coding differently. I started learning Dutch several months ago and found that I was retaining information differently while language learning and I blame coding on that. I was able to create a structure and ways of thinking and comprehending Dutch grammar. I took a break from my job and coding for five days and it allowed me to step back and set my priorities in order. It allowed for me to realize what I wanted out of coding and where I was going from there.

These are small takeaways from Austin Kleon’s book. I highly recommend reading it in its entirety because you’ll find yourself coming back to it again and again.

Austin Kleon’s Show Your Work! can found on his website.

A philosophy of software design by John Ousterhout

Once suspended, carmenwright will not be able to comment or publish posts until their suspension is removed.

Once unsuspended, carmenwright will be able to comment and publish posts again.

Once unpublished, all posts by carmenwright will become hidden and only accessible to themselves.

If carmenwright is not suspended, they can still re-publish their posts from their dashboard.

Once unpublished, this post will become invisible to the public and only accessible to Carmen Wright.

Thanks for keeping DEV Community 👩‍💻👨‍💻 safe. Here is what you can do to flag carmenwright:

Unflagging carmenwright will restore default visibility to their posts.