Hello, here we are to discuss some amazing features of python which are making python magical.

1. Getting Code of Python Object

In python, we can get the internal implementation of the python object by using inspect module. It is used to introspect live objects in a program and look at the source code of modules, classes, and functions that are used throughout a program. This is powerful because this module can actually be used to extract the source code of a function itself, parse the arguments which that function accepts, and related library documentation. 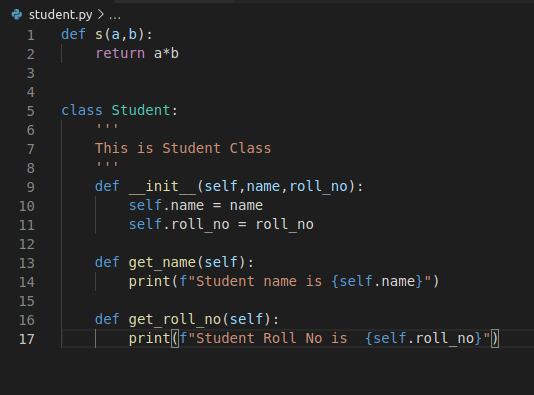 For getting code of complete module:

For getting code of a class or method:

exec() function is used for the dynamic execution of Python program which can either be a string or object code. If it is a string, the string is parsed as a suite of Python statements which is then executed unless a syntax error occurs and if it is an object code, it is simply executed. We must be careful that the return statements may not be used outside of function definitions not even within the context of code passed to the exec() function. It doesn't returns any value, hence returns None.

The exec() function accepts large blocks of code, unlike the eval() function which only accepts a single expression

Python has a set of built-in methods and __call__ is one of them. The __call__ method enables Python programmers to write classes where the instances behave like functions and can be called like a function. This means we can call a class object as a function. That is an amazing benefit of python and feels like magic. There is too much confusion in function, class, and instances so see this using example.

In Python, we can customize the class creation process by passing the metaclass keyword in the class definition. This can also be done by inheriting a class that has already passed in this keyword.

"Metaclasses are deeper magic than 99% of users should ever worry about. If you wonder whether you need them, you don’t (the people who actually need them know with certainty that they need them, and don’t need an explanation about why)."

One new and exciting feature coming in Python 3.7 is the data class. A data class is a class typically containing mainly data, although there aren’t really any restrictions. It is created using the new @dataclass decorator, as follows:

A data class comes with basic functionality already implemented. For instance, you can instantiate, print, and compare data class instances straight out of the box:

Once suspended, cdaman123 will not be able to comment or publish posts until their suspension is removed.

Once unsuspended, cdaman123 will be able to comment and publish posts again.

Once unpublished, all posts by cdaman123 will become hidden and only accessible to themselves.

If cdaman123 is not suspended, they can still re-publish their posts from their dashboard.