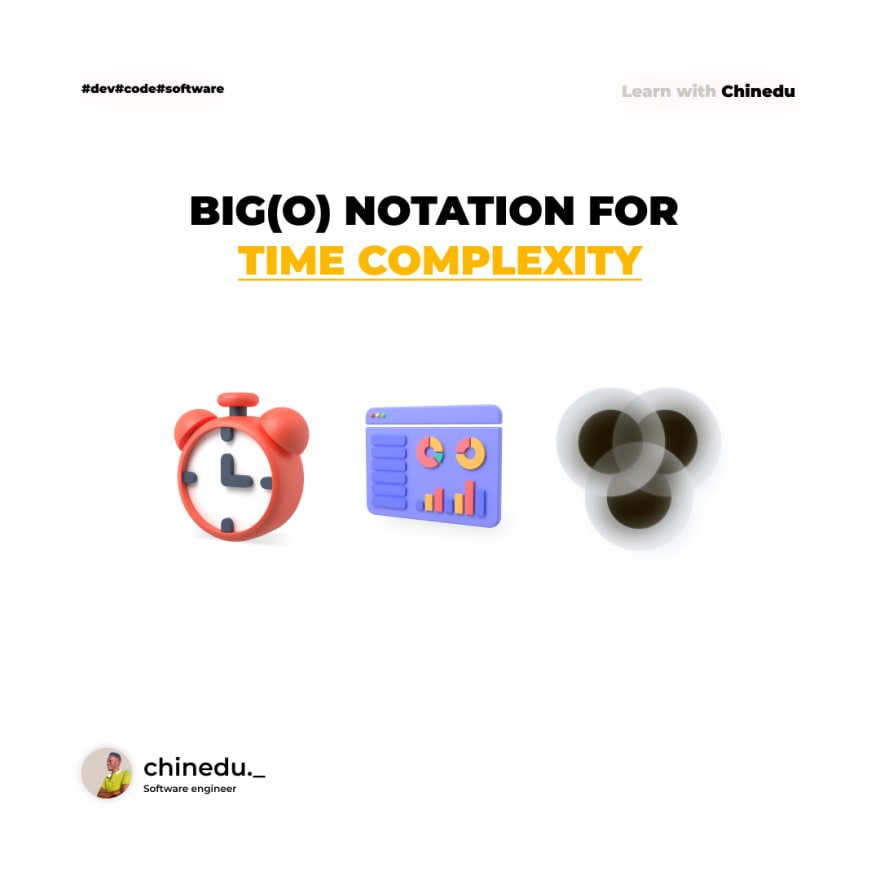 Big(O) is an algorithmic complexity metric, which defines the relationship between the number of input and the steps taken by the algorithm to process those inputs.

In summary big(O) measure, the amount of work a program has to do as the input scales. Big(O) in other can be used to define both time and space complexities 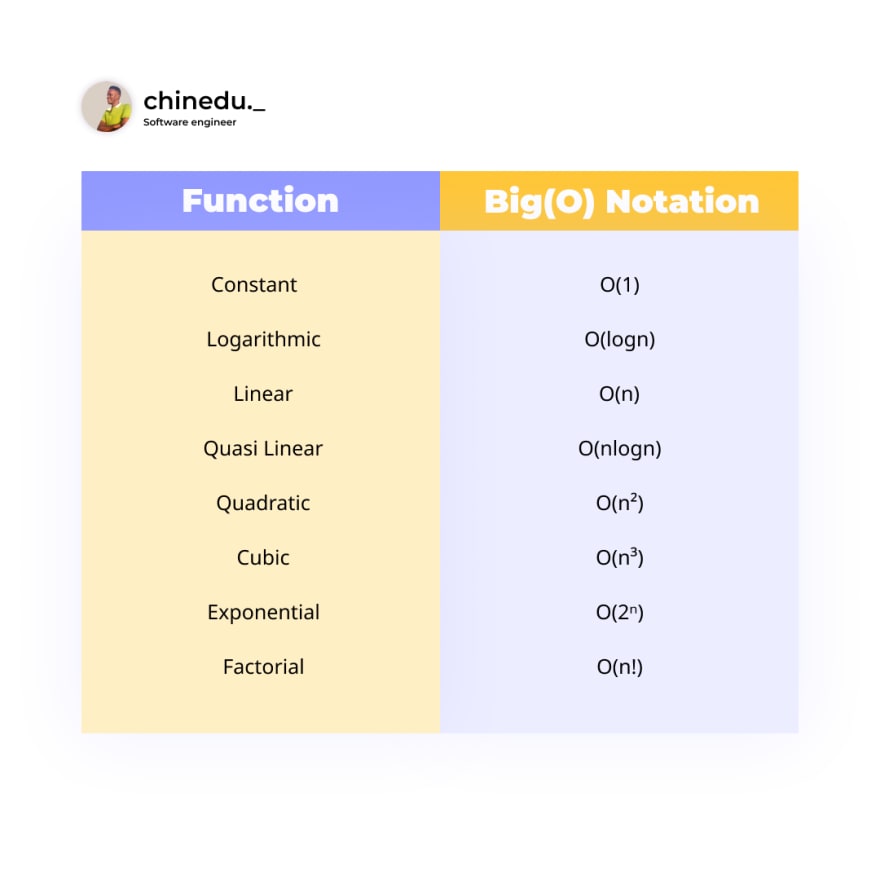 In a constant complexity, the steps taken to complete the execution of a program is always the same regardless of the size of its input.

An execution would be getting an element at a certain position in an array(like getting the alphabet D at the index of 3 in the array). 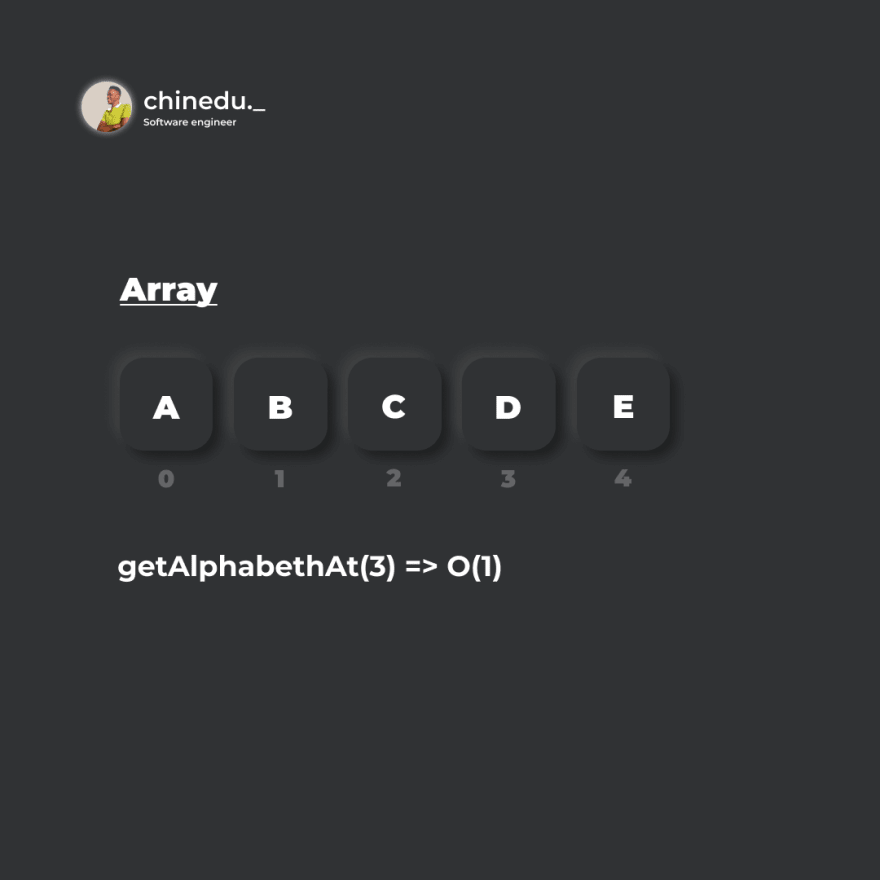 The above takes just one step to complete. The above example, the getAlphabetAt method gets a particular element at a constant position in an array.

No matter how many Alphabet there are in the array the getAlphabetAt method always performs two steps.

Hence, we can say. The complexity is constant as it doesn’t scale with the input. 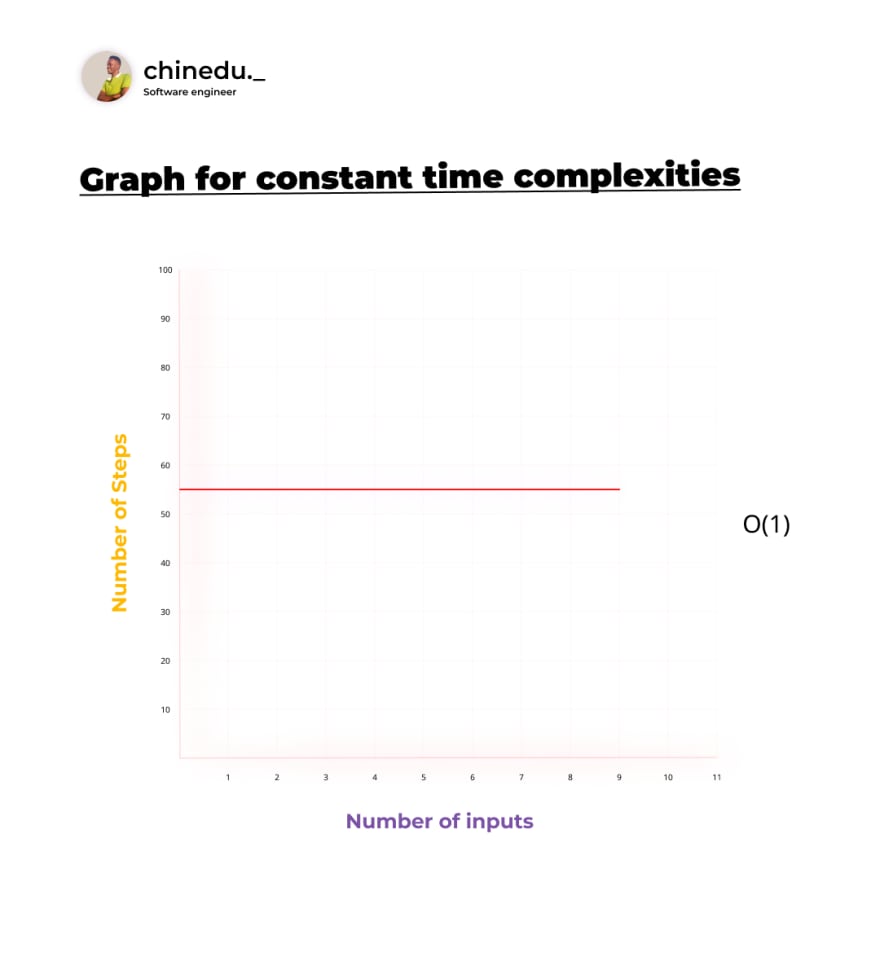 An example would be calculating power of every element in an array.

This would be linear because as the array grows it would do one unit more of more of that element. 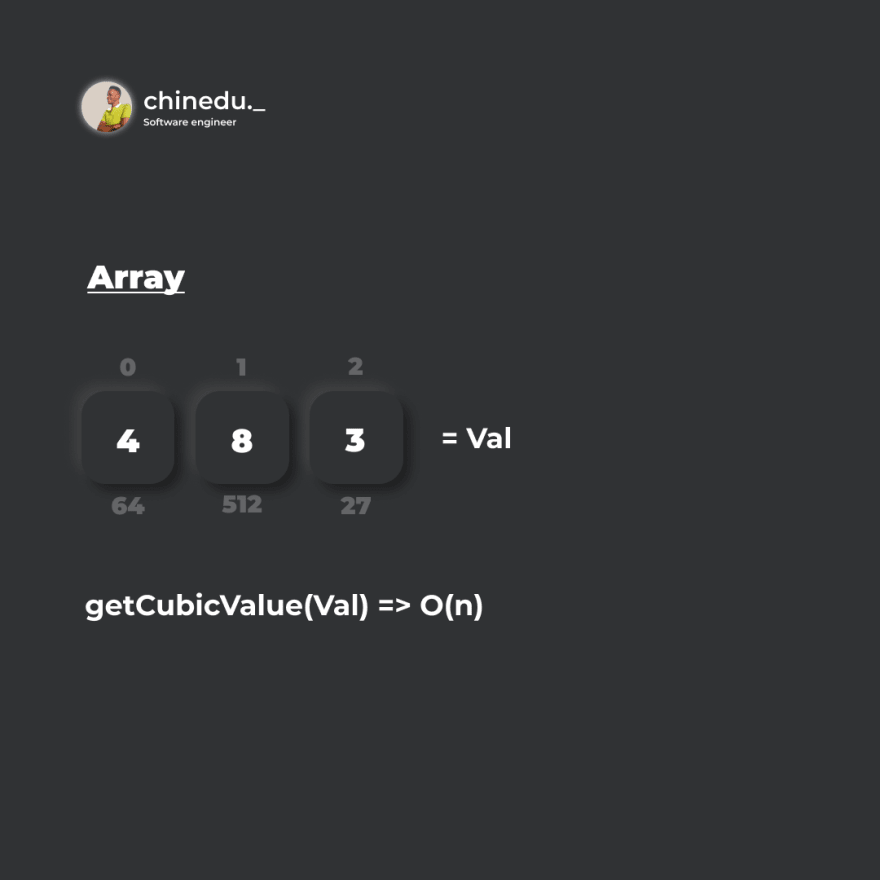 The above method getCubicValues() will take 3 steps to complete.

Functions with linear complexity is represented by straight-line graphs increase in position directions. 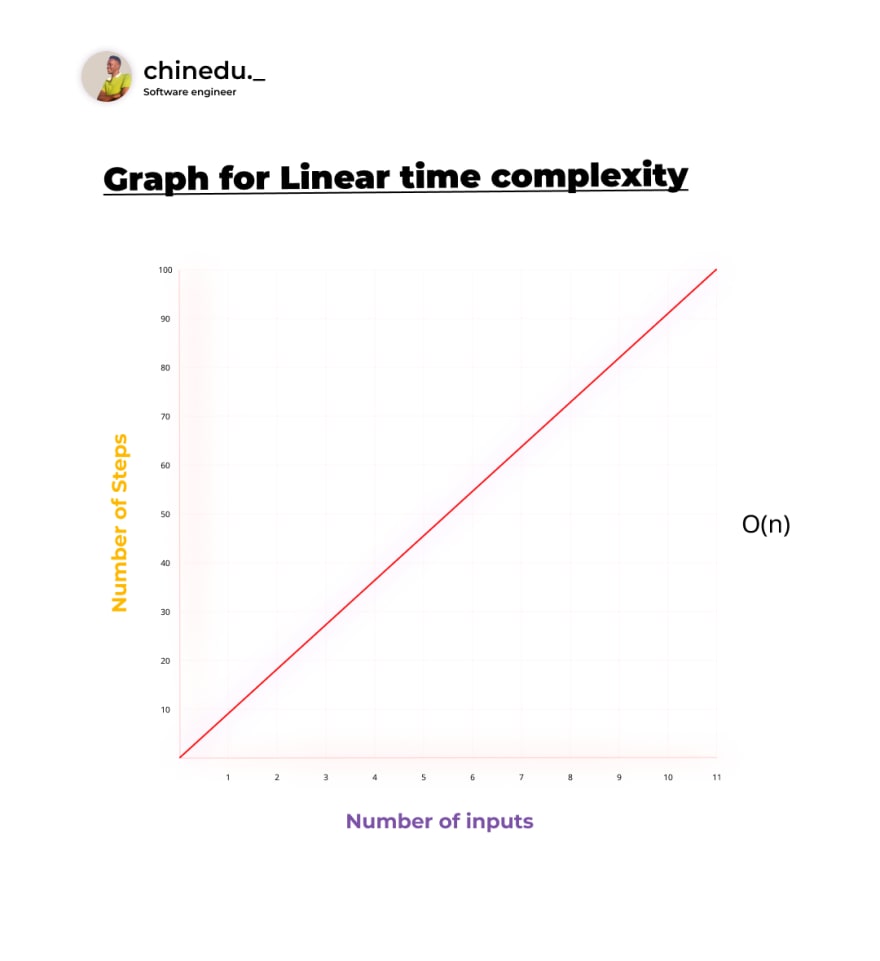 In an algorithm with quadratic complexity, the output steps increase quadratically with the increase in the inputs. 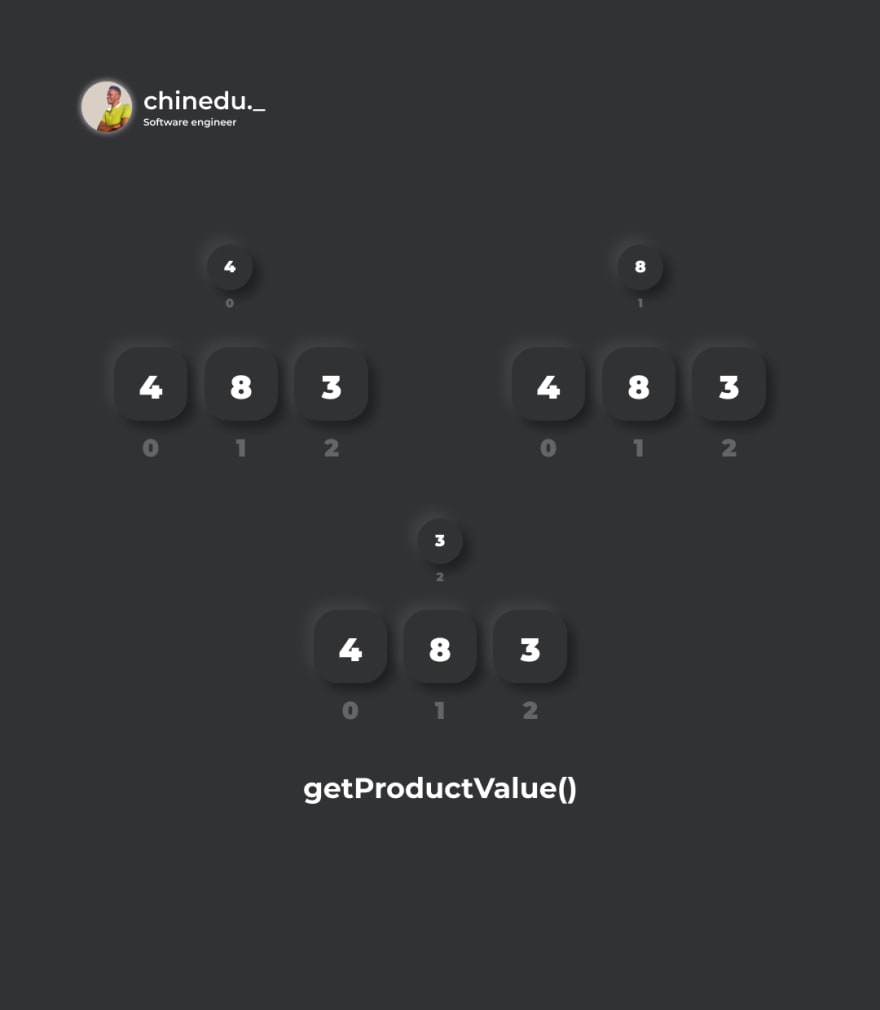 In the above graphical example, the getProductValue method multiplies each element in that array with other elements.

There are two loops, where the outer loop it rates through each item, and for each of the item in the outer loop, and the inner loop also iterates over each item. 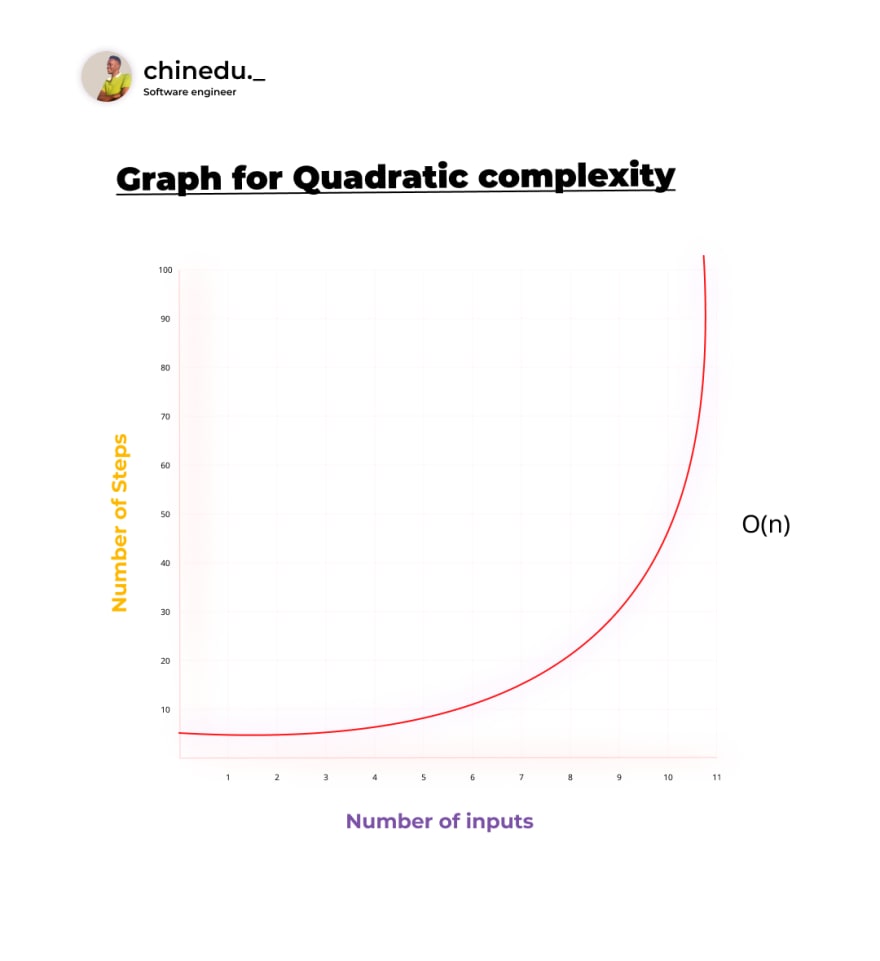 In other to get the space complexity, we calculate the amount of space needed by the algorithms for the input element.

There are two types of complexities

This is the complexity of an algorithm in an ideal situation.

An example would be, let’s say we want to search for an item A in an array of N items.

In the best-case scenarios, it would be that we found the item at the fist index in which we can say the complexity would be an O(1).

In the worst case, lets assume we find the item at the nth index (last) in this case we can say the complexity would be an O(N) where N is the total number of items in the array.

In summary, and to round it all up, Algorithmic complexities are used as a tool to measure the performance of an algorithm in terms of time taken and space used.

Thank you for sticking with me through this. You Rock.

Thanks once again and bye for now. Much Love❤❤❤.

Once suspended, chinedu will not be able to comment or publish posts until their suspension is removed.

Once unsuspended, chinedu will be able to comment and publish posts again.

Once unpublished, all posts by chinedu will become hidden and only accessible to themselves.

If chinedu is not suspended, they can still re-publish their posts from their dashboard.

Once unpublished, this post will become invisible to the public and only accessible to chinedu | ddevguys.

Thanks for keeping DEV Community safe. Here is what you can do to flag chinedu:

Unflagging chinedu will restore default visibility to their posts.