This article is an updated version of my earlier Twitter thread.

As I turn 50 today and reflect back on my journey here, I thought I’d share a little with you about the coding related parts and what I hope to be doing going forward.

My first exposure to a computer was close to 40 years ago to the day. I think I was 10 when I attended a week-long computer summer camp at a local community college (maybe 2-4 hours a day) where we used Commodore PETs to program in BASIC. I was HOOKED!

One of the coolest things I remember programming was a picture of a rocket and then using a loop that printed ‘fire’ characters (@@@@?) repeatedly to make it look like the rocket was blasting off through the top of the screen. If memory serves correctly, that would have required the use of a GOTO. Oh my, how far we’ve come! (edit: turns out GOTO may not have been used for the rocket – but I do remember using it that summer) 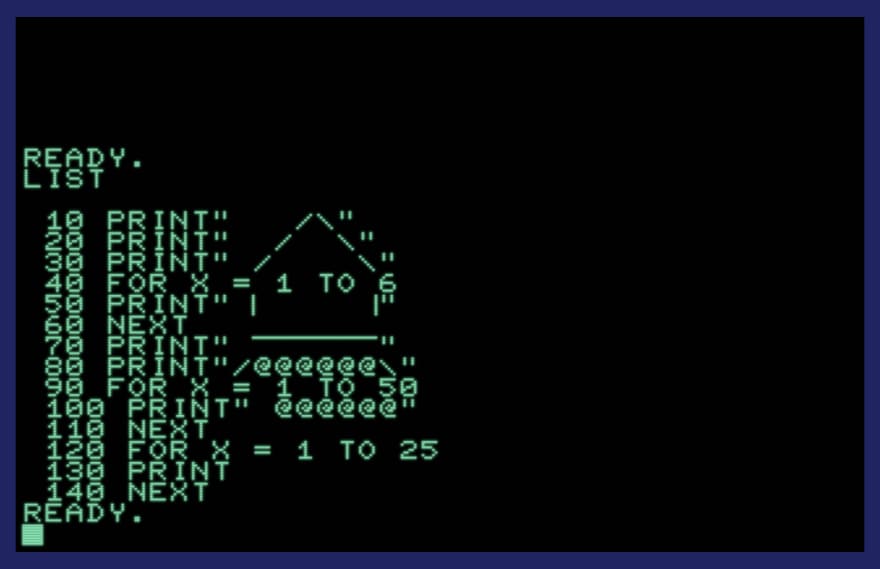 A couple years later, my Mom bought me a VIC 20. I couldn’t believe my luck! I loved it!! I think mostly I played games that came on cartridges to plug into the back of the unit (Omega Race rings a bell). The cassette deck for loading programs would have been painfully slow in comparison.

Next, after I’d saved up enough (I sold my old toys at a local flea market) I bought myself a Commodore 64 and monitor. The external disk drive would come later.

At that time you could rent software, especially games, similar to renting movies. To be honest, I remember there may have been some piracy involved (for personal use, of course!). The appeal was really the challenge of circumventing the piracy protection included with the games. Seems to me there were other programs available for rent that would help to override the copy protection.

Before leaving high school, I bought my first PC XT clone with a 10MB (yes, 10!) hard drive and a copy of WordPerfect (version 4.2?). No GUI here! I also had my first dot-matrix printer and in my small hometown I was possibly the only one to submit essays that were written on and printed from a computer.

Recently in boxes full of childhood memories I found a copy of what I likely thought at the time was the greatest magazine ever. $4.50 in 1987 was a lot of money for a kid in high school! Thank goodness for that dishwashing job!! 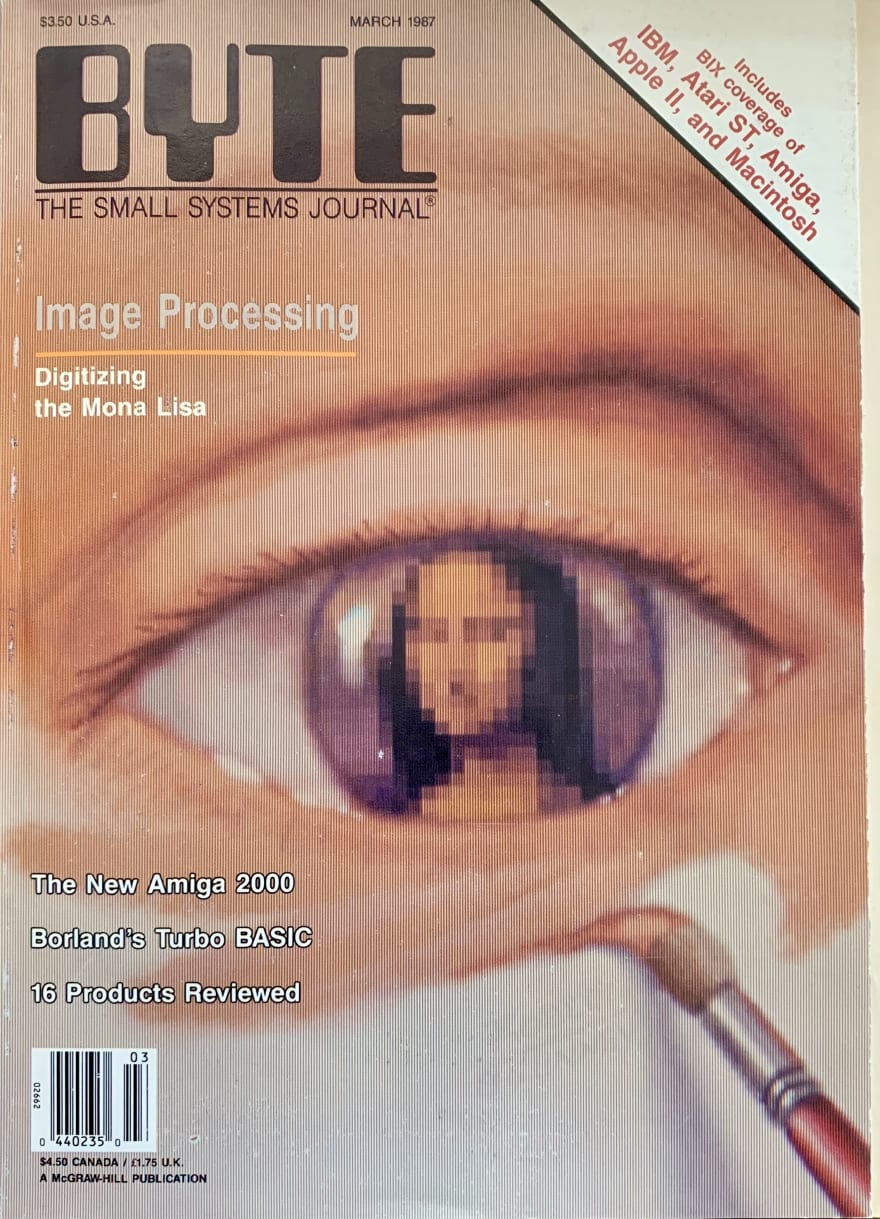 As an aside, there were other magazines and books at that I don’t remember the names of that included long written out programs that could be typed, painfully, into the computer. I seem to recall super long lists (like pages and pages) made up of pairs of hex digits. What could go wrong?!

So, of course with that background it was clear I’d go on to study Computer Science and have a long career as a programmer, right? Well, not quite… I did start in a Computer Science program at the University of Western Ontario but unfortunately didn’t complete it.

I was still pretty into computers during my first year but not really into school. There were a lot of late nights (all-nighters?) logged onto Bulletin Board Systems (BBS) with the blazing fast 😏 2400 baud modem I’d gotten for Christmas.

In my second year of the program, I took an Economics elective and for some reason that appealed to me as a better career choice. I suppose I figured that’s where the money was. I changed majors but never committed to classes.

Playing around online continued, including a subscription to CompuServe which seemed like an early version of online browsing and consumed countless hours that should have been spend studying. I think it was through school that I had access to Usenet and remember some of the early versions of IMDb that were posted there. It's come a little way since then!

After too many summers of working just to be able to stay in school without accomplishing much there, I dropped out to seek full-time work and jump into to financial world. After I left school I moved to Toronto in 1994 and started working at one of the Canadian banks. 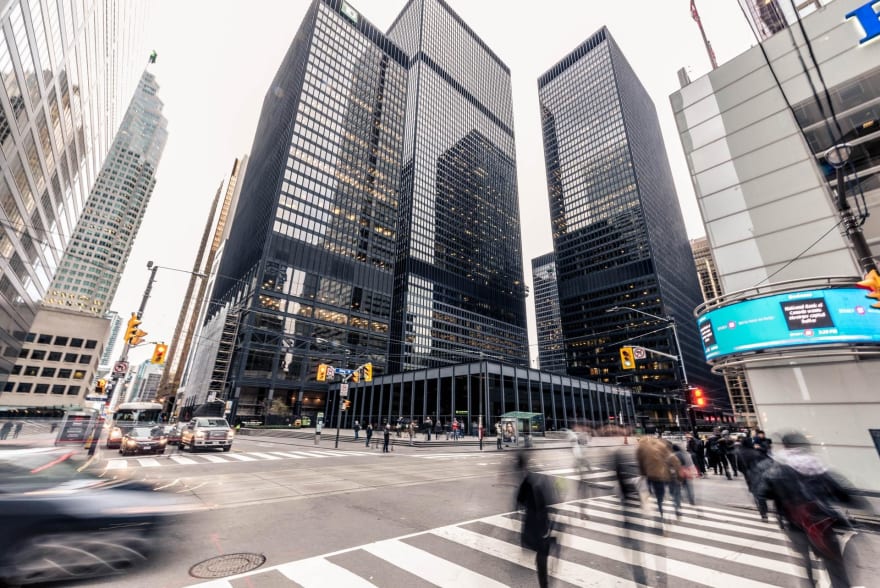 Photo by Alex on Unsplash

25 years and a few companies later, after never feeling like it was the right fit to be in financial services, I left. In this past year since leaving, I’ve been exploring opportunities in coding and learning as much as I could along the way. Throughout that time, I didn’t really know what would come next. Would I try and go back to financial services doing something coding related or follow a different path?

I’ve reflected on my career and what I liked about it. What I most enjoyed was helping people develop their skills, solving problems, and working on technology related products that were often related to automating operational tasks. But I’ve also determined that, if possible, I’d like to keep from going back to that world and instead pursue something completely new.

And so, as I settle into this retirement, I’ve decided it's never too late to try something new - even at 50. What I want to do most is to continue to learn, build my coding skills, and as much as possible to share that knowledge with others. While I haven’t figured out what that will look like exactly, I am excited to return to my childhood passion. I’m also happy to use what I liked most from my career (coaching, mentoring) to have opportunities to help folks who may be just starting out on their own journeys in this community.

If you're thinking about trying something new, whether it's coding or some other passion, no matter what your age I encourage you to go for it!

Thanks for reading this far! And thank you to everyone who has been following me on Twitter (@chriswcodes) and those who have provided so much support over the past year. In particular, many people participating in the #100DaysOfCode have been tremendously inspiring and motivating. I truly appreciate it and I’m very grateful for this community.

As an early sneak peek of what may be to come, this week I’ve posted a couple Python challenges on my GitHub.

Stay tuned - there’s more to come in some form or another and I’ll be sure to share it here and on Twitter.

Retired from financial services. Changing gears at 50. Learning to code and sharing what I learn.

🍿What was the most remarkable 🦗 bug you have ever had to fix 👩‍🔧?

The 9-Step Plan For Becoming Dangerous In Any Language

chris wilkinson
Retired from financial services. Changing gears at 50. Learning to code and sharing what I learn.
What tech-stack do you use for your portfolio?
#webdev #discuss #portfolio
Do Github stars matter?
#github #productivity #codequality #python
What's something you always have to Google?
#webdev #discuss