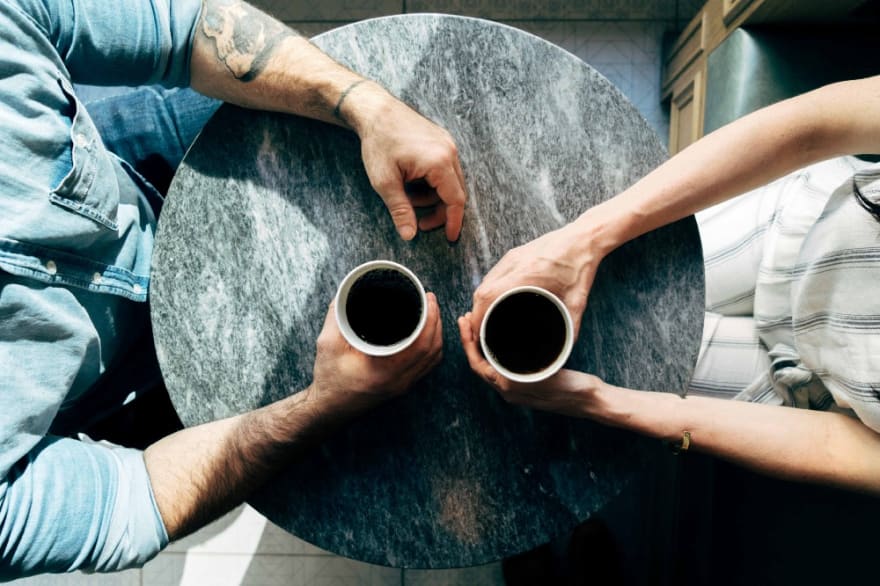 One of the popular java interview questions for freshers, and easy one.

First, “==” is an operator whereas equals() is a method. We use == operator for reference comparison (or address comparison) and equals() method for content comparison. It means that == checks if both objects point to the same memory location while equals() compares values in the objects.

3. Can we execute a program without main() method?

Many java basic interview questions are really easy. Like this one. So short answer is: yes, we can. For example, we can do it using a static block.

You can use a static block to initialize the static data member. It is executed before the main method, at the time of class loading.

What about total main method absence? If you try to run an ordinary class without the main method at all, you got the next error:

You can’t modify objects of an immutable class after their creation. So once you create them, you can’t change them. If you try to modify Immutable object you get a new object (clone) and change this clone while creation.

A good example is String, it is immutable in Java. That means you cannot change the object itself, but you can change the reference to the object.

5. How many objects are created in the following code?

One of the Java technical interview questions that substitutes #4.

The answer is “only one” because Java has a String Pool. When we create a String object using the new() operator, it creates a new object in heap memory. If we use String literal syntax, like in our example, it may return an existing object from the String pool, if it already exists.

6. How many objects are created in the following code?

There are 2 objects. One is in string constant pool and the other in heap.

7. What is the difference between String, StringBuilder and StringBuffer classes in Java?

There is one of the leaders in top java interview questions.

First of all String is an Immutable class. That means you can’t modify its content once created. While StringBuffer and StringBuilder are mutable classes, so you can change them later. If we change the content of String object, it creates a new string, therefore, it doesn’t modify the original one. That’s why the performance with StringBuffer is better than with String.

8. Is there any difference in String that was created using literal and with new() operator?

It is. If we create a string with new() operator it appears in heap and not added to string pool. If you create String using literal it is created in String pool which exists in Perm area of heap.

9. Can you override private or static method in Java?

One of java tricky interview questions for rookies. You really can’t override private or static method in Java.

You can’t override the private methods because the scope of the private access specifier is only within the class. When you are going to override something, we should have a parent and child class. If the method of superclass is private, child class can’t use it, and the methods in child class will be treated as new methods (not overridden).

Static methods also cannot be overridden, because static methods are the part of the Class itself, and not a part of any object of the class. Sure you can declare the same static method with the same signature in child classes, but again, they will be treated as new methods.

10. Difference between Abstract Class and Interface

One of the popular java developer interview questions that bears on OOP principles. First of all, in Java interface defines behavior and abstract class creates a hierarchy. 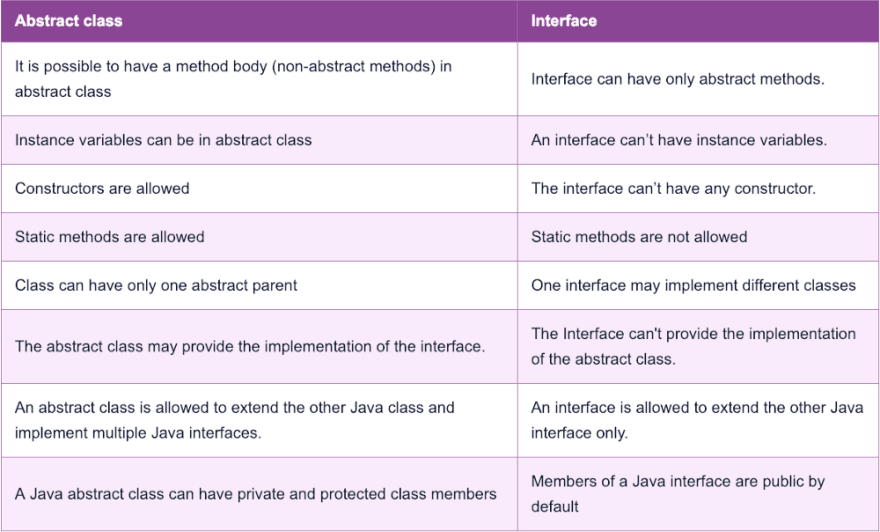 11. Can we declare static variables and methods in an abstract class?

12. What types of memory areas are allocated by JVM?

Heap is a runtime data area where memory is allocated to the objects.

Stack stores frames. It contains local variables and partial results, and takes part in method invocation and return. Every thread has a private JVM stack, created at the same time as the thread. A new frame is created each time a method is invoked. A frame is destroyed when its method invocation completes.

Native Method Stack contains all the native methods that are used in the application.

13. Why is multiple inheritance isn’t allowed in java?

It would be really complicated. Imagine three classes A, B, and C and C inherits A and B. Now, A and B classes have the same method and you call it from a child class object... Which one? A’s or B’s? Here we have ambiguity. If you try to inherit two classes Java renders compile time error.

Sure, we are allowed to have many main methods in a Java program by using method overloading. Try it out!

15. Can we declare a constructor as final?

Nope. A constructor can’t be declared as a final because it can’t be inherited. So it is senseless to declare constructors as final. However, if you try to do it, Java compiler throws you an error.

16. Can we declare an interface as final?

No, we can’t do this. An interface can’t be final because the interface should be implemented by some class according to its definition. Therefore, there is no sense to make an interface final. However, if you try to do so, the compiler will show an error.

17. What is the difference between static binding and dynamic binding?

The binding which can be resolved at compile time by a compiler is called static or early binding. Binding of all the static, private and final methods is done at compile-time.

In Dynamic binding compiler can’t choose a method to be called. Overriding is a perfect example of dynamic binding. In overriding both parent and child classes have the same method.

18. How to create a read-only class in Java?

You can do it by making all of the class’ fields private. The read-only class has only getter methods which return the private property of the class to the main method. You are not able to modify this property, the reason is the lack of setters method.

19. How to create a write-only class in Java?

Again, you should make all of the class’ fields private. Now, your write-only class should have only setter methods and no getters. Therefore, we can’t read the properties of the class.

20. Each try block must be followed by a catch block, mustn’t it?

Nope. It is not a necessity. Each-try block can be without a catch block. It could be followed by either a catchblock or a finally block or even without them at all.

P.S.: Before Java 8 methods in interfaces could have been abstract only. In Java 8 or newer, it became possible to define default methods and implement them directly in the interface.

21. What is the difference between throw and throws keywords?

Throws is used to declare an exception, so it works similar to the try-catch block. Throw keyword is used to throw an exception explicitly from a method or any other block of code.

Here we had only a few java interview questions and answers. This article is the first of interview series. The next one (coming soon) is about data structure questions.

First was published on CodeGym blog.

Once suspended, codegym_cc will not be able to comment or publish posts until their suspension is removed.

Once unsuspended, codegym_cc will be able to comment and publish posts again.

Once unpublished, all posts by codegym_cc will become hidden and only accessible to themselves.

If codegym_cc is not suspended, they can still re-publish their posts from their dashboard.

Once unpublished, this post will become invisible to the public and only accessible to CodeGym.

Thanks for keeping DEV Community 👩‍💻👨‍💻 safe. Here is what you can do to flag codegym_cc:

Unflagging codegym_cc will restore default visibility to their posts.