When a NodeJS application is deployed to Azure, Heroku or some other cloud services, there should be no trouble for the application to successfully connect to a MongoDB instance that is also on a cloud. But if we are behind a corporate firewall, the following following problems could arise:

There are corporates who will not punch port 27017 opened in the firewall just for us developers. We can solve this firewall problem by using SSH Tunneling, also known as SHH Port forwarding.

First, signup for the most basic (read cheapest) cloud VPS such https://www.linode.com or https://www.digitalocean.com

There are 2 ways to authenticate to a VPS instance (DigitalOcean calls VPS instance a droplet; I refer to it later in the article as SSH server): (i) Username/password which is typical (ii) Public private RSA key pair

We focus on the latter "public private RSA key pair" in this article.

If you do your development work on multiple computers (for example Windows10 at work, Mac at home) or if you work on a project with other developers, for each public/private RSA key pair generated, upload the public key to the VPS instance.

Studio3T is a good tool to use with either your test or production MongoDB. After launching Studio3T, create a new connection with similar settings as below: 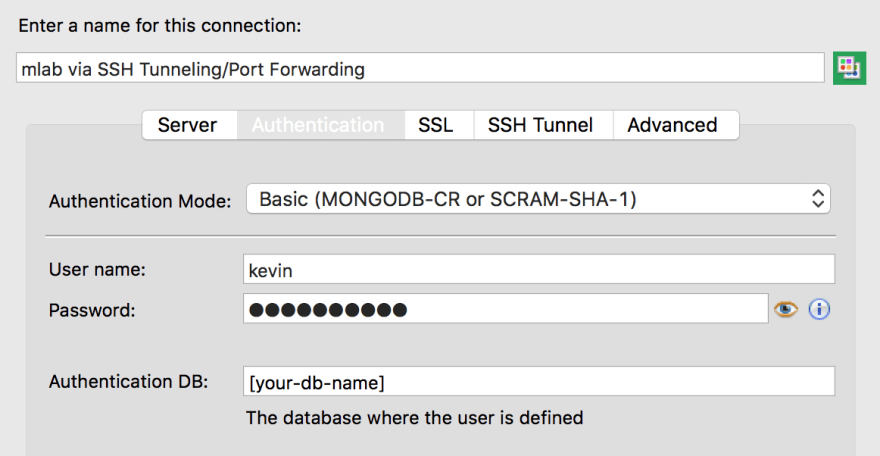 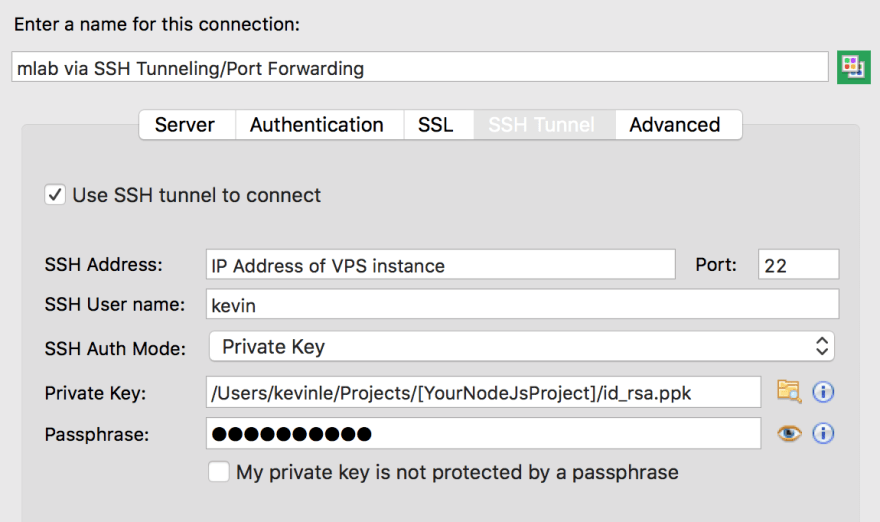 During development, we have to run a NodeJS application on a local machine which is behind the corporate firewall. Since the MongoDB that runs on the cloud usually listens to a port that is blocked the firewall, we have to change the code using the SSH Tunnel/Port forward technique like we did above.

Then make the following changes to the code:

Deta is a really good alternative to Heroku!!

Once suspended, codeprototype will not be able to comment or publish posts until their suspension is removed.

Once unsuspended, codeprototype will be able to comment and publish posts again.

Once unpublished, all posts by codeprototype will become hidden and only accessible to themselves.

If codeprototype is not suspended, they can still re-publish their posts from their dashboard.

Once unpublished, this post will become invisible to the public and only accessible to Kevin Le.

Thanks for keeping DEV Community 👩‍💻👨‍💻 safe. Here is what you can do to flag codeprototype:

Unflagging codeprototype will restore default visibility to their posts.