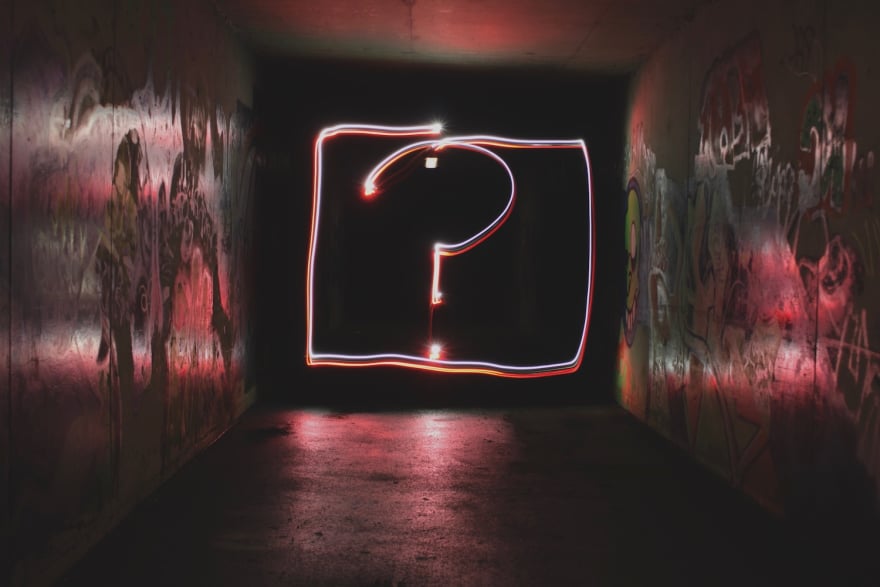 If statements are another core part of JavaScript: they let you control what code is actually executed, based on comparing values and/or variables. I'll also teach you about all the cool stuff that you can do with booleans! Read on below...

First of all, I want to encourage you to follow along in this article! Let's start by making a new HTML file with a <script> tag in it:

Once that's done, open it up in your web browser and you're ready to go! (don't forget to save and reload the page every time you make a change)

What is an if statement?

In essence, an if statement simply executes some code if a value is equivalent to true.

The if statement syntax

Let's have a look at what's going on here. In essence, we're simply saying if the stuff inside the brackets is equivalent to true, execute the code inside the curly brackets. Note here that I said equivalent to true. This doesn't mean that the text between the brackets literally has to say true. It just means that it needs to be a statement that is true. For example: 1 + 3 == 4 is true.

Don't worry, I'll get into how this works later (I'll be speaking more about JavaScript math in a later article). It's basically just 1 + 3 = 4. 1 + 3 does equal 4, so it is equivalent to true. Therefore, if we put this inside the brackets our code will run! Let's try it out. Put the following code in your <script> tag, then reload the page:

Now, let's try and make it so that the alert doesn't run. We would do this by making the statement inside the brackets equivalent to false:

Now, because the statement in the brackets is false, the code inside the curly brackets will not run! Try it out yourself... It will no longer alert "Yay!"

You have now learned the basic if statement syntax!

Let's use the statement from above as an example:

Here, we're using the double equals sign (==) to compare the two sides: 1 + 3 and 4. This comparison sign says is saying "if they are equal, then return true". But we can compare in other ways as well! For example:

There are a few other comparisons that we can use - here is a list of the basic comparison signs:

Let's try a few of them out... Challenge Time!

Question 3: Alert "JavaScript is awesome!" if 3 is less than or equal to 3.

What if we want to combine multiple statements? For example, what if we want to say if 3 + 5 equals 8 and 2 + 2 equals 4? We have two main ways of combining statements like the one above: and and or. And is simply &&, and or is simply || (that's 2x the key with the vertical line on it, usually it will be SHIFT + backslash).

It's important to not here that true || true is equal to true, not false. This is because in JavaScript, or actually means and or. Don't ask me why, programming languages sometimes have weird things like that.

Now, let's substitute in a few real statements instead of just true and false. Here's an example:

You don't need to have the brackets, but I've put them in brackets just to make it a bit clearer (you are allowed to do that in JavaScript). As you can see, the code above is simply this:

Your turn to try! See if you can complete the following tasks:

Woo! Hopefully, you did okay 😉

One more thing on boolean operators...

There's one final super-handy trick that you should know about booleans in JavaScript... By putting a single exclamation mark before a statement, you reverse the boolean. For example, !true would equal false and !false will equal true.

If putting the exclamation before a statement with spaces or symbols in between (eg. 1 + 2 == 3 as supposed to true), don't forget to surround it with brackets! This ensures that the exclamation mark works for the whole statement. Here's an example:

As you can see, the 5 + 2 < 3 gets wrapped in brackets so that the exclamation mark applies to all of it.

It's worth noting that in the example above, we didn't really need the exclamation mark in the first place - !(5 + 2 < 3) is the same as 5 + 2 >= 3. However, it is still useful to know about this feature and can come in handy when making more complex statements.

We can also give our if statement an else, which will run if the code inside the first set of curly brackets doesn't run - in other words, if the statement inside the normal brackets is false. Here's what it looks like:

There we go! Else statements are that simple! They simply run if the first set of curly brackets doesn't run.

NOTE: It is very important that the else comes straight after the end of the if, with no other code in between.

Wait, it could get even more confusing? Sort of. Here's what an if statement looks like with both an else if and an else:

This may look confusing at first. However, let's pretend we're the computer and look at it from the computer's point of view.

Okay, you can stop being a computer now.

Try doing one of these yourself - we'll use the example from before:

Why does any of this matter?

In this article, I mainly used numbers to illustrate how if statements work more clearly. However, once we put variables in our if statements instead of just set values, they become a super-useful tool and one of the core parts of JavaScript!

I hope you learned a lot today, and it helped you in your quest to learn JavaScript! If it was helpful, I'd really appreciate it if you shared this article or signed up to the newsletter to receive new posts fresh in your inbox!

Also, I'd really appreciate it if you bought me a coffee ☕ - this article is over 2,500 words and has taken over 2.5 hours to write! And c'mon, it's only a few bucks. That said, I don't want you to feel like you have to. In fact, go ahead and don't. Be a rebel. I won't get offended and will love you all the same. I'm perfectly happy giving my content away free - otherwise, you would be paying to read this right now! 😉 🤑

Okay, so that's it for today! Don't forget to head to the comments if you have any questions or feedback.

Next time, I'll be writing about some basic math in JavaScript. I'll be talking about stuff like multiplication, rounding, square roots and more - way beyond the simple 1 + 2 that we learned today! See you next time 😉

P.S. Tomorrow marks 5 months since my first article on Code The Web! 🎉 🎉 In that time, I've written nearly 50,000 words and 30 articles. I'm still really enjoying blogging, creating content and sharing my knowledge with Y'all, and love the chats that I have with subscribers and other members of the community. Keep on being awesome, and if you wanna chat then feel free to contact me!

Once suspended, codetheweb will not be able to comment or publish posts until their suspension is removed.

Once unsuspended, codetheweb will be able to comment and publish posts again.

Once unpublished, all posts by codetheweb will become hidden and only accessible to themselves.

If codetheweb is not suspended, they can still re-publish their posts from their dashboard.

Once unpublished, this post will become invisible to the public and only accessible to Ethan.

Thanks for keeping DEV Community 👩‍💻👨‍💻 safe. Here is what you can do to flag codetheweb:

Unflagging codetheweb will restore default visibility to their posts.