So In this blog, I am going to write about the files and folder in the flutter project. As you read in my previous blog that how we can generate the default app So there were some files and folders generated by default and were used to build the android and iOS app. 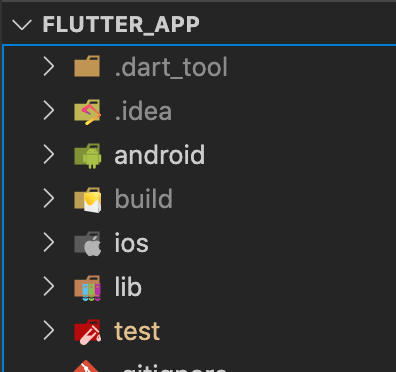 As you can see In the image when Build cache is generated on application run time when a temporary file automatically generated in .dart_tool folder, android folder and iOS folder.

Next, the .idea folder will be containing all setting related to the IntelliJ IDEA Android studio.

Android folder and ios folder are the folders exist to actually build an app on those respective platforms with the Dart files running on them. They also help you add permissions and platform-specific functionality to your project. When you run a Flutter project, it builds depending on which emulator or device it is running on, doing a Gradle or XCode build using the folders inside it.

In short, those folders are entire apps which set the stage for the Flutter code to run.

lib folder will be containing all the dart files realter to our flutter project and we will be mostly working in this folder.

test folder will be having the test methods written for the testing the application which we'll help to check for the errors and bugs after any changes are done to the code. 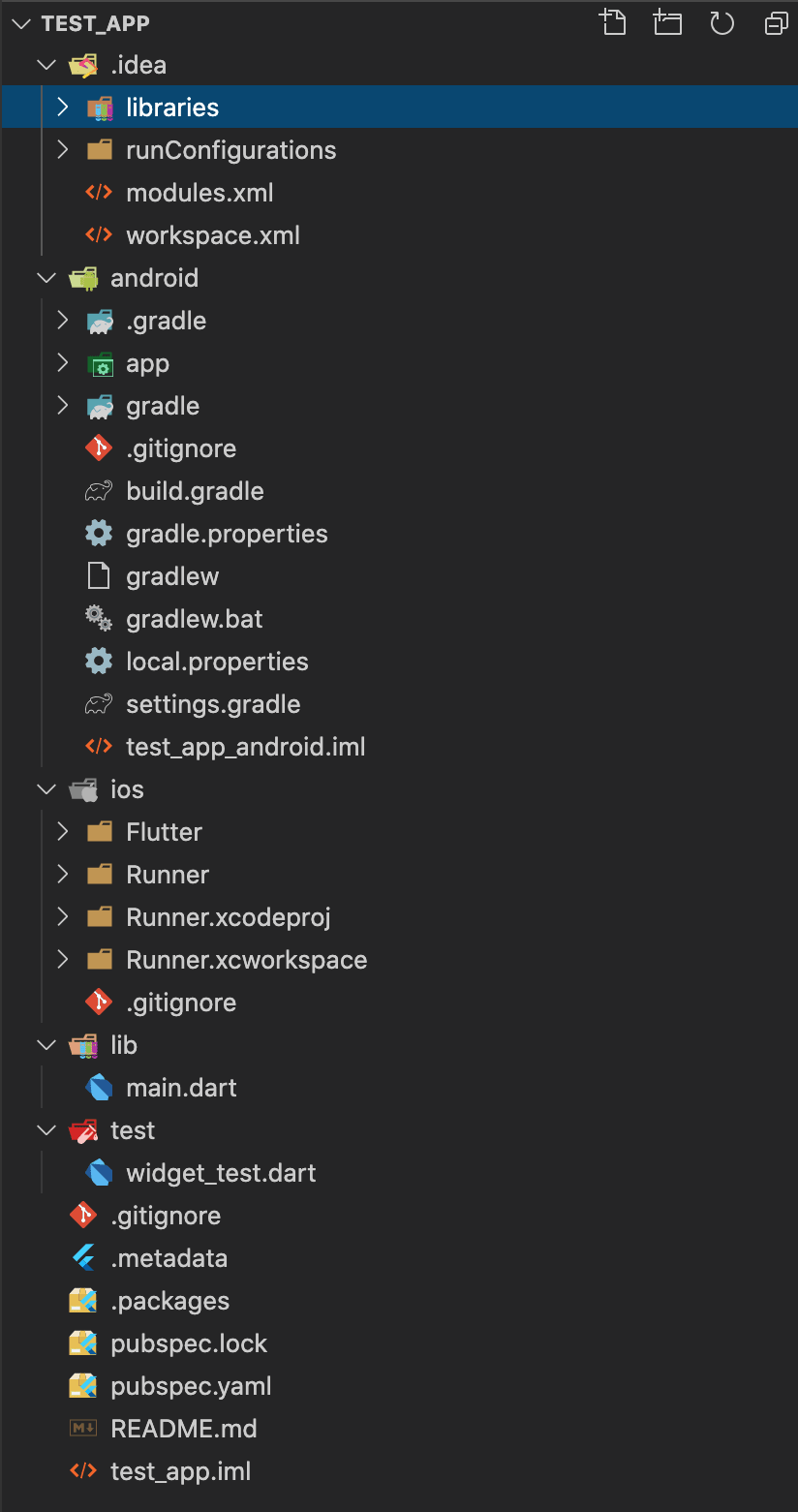 As you can see Inside the Android folder we will be having several folder and files related to the building the android app. since it will mainly be generated and maintained by the Flutter we can leave it as it is.

next inside lib folder we can see that there is a main. dart dart file which contains all the code we have written for our app will be available in this file.

next .packages files will be having all the path of the packages used in the flutter app. (Don't' know much about it now update it later once I get more knowledge on this 😅)

Flutter supports using shared packages contributed by other developers to the Flutter and Dart ecosystems. This allows quickly building an app without having to develop everything from scratch. so the pubspec. yaml file will be containing the records of all the dependencies used for the flutter project.

So this is the short note on what are the files and folders used in the flutter app. Thanks for reading this blog. Recently one reader has pointed out to me that I have been writing Android as Android So in future if there are any mistakes do let me know I will make those changes happen so I may be providing some wrong information to other who may be reading this blog. So Please let me know if there are any mistakes it will be helpful for me and others also.

What is .metadata file in Flutter Project?

Authentication in Flutter with REST & Riverpod

Once suspended, codingmonkey will not be able to comment or publish posts until their suspension is removed.

Once unsuspended, codingmonkey will be able to comment and publish posts again.

Once unpublished, all posts by codingmonkey will become hidden and only accessible to themselves.

If codingmonkey is not suspended, they can still re-publish their posts from their dashboard.

Once unpublished, this post will become invisible to the public and only accessible to Coding Monkey.

Thanks for keeping DEV Community 👩‍💻👨‍💻 safe. Here is what you can do to flag codingmonkey:

Unflagging codingmonkey will restore default visibility to their posts.