With the release of Chrome 80 version, now developers can redeclare with let and class in the console.

The inability to redeclare using let and class was a common annoyance amongst web developers who experiment new JavaScript code in the Console.

The Console now supports redeclarations of let and class statements.

Note: Redeclaring a let or class statement in a script outside of the Console or within a single Console input will still cause a SyntaxError.

The versions prior to Chrome 80, would throw an error when redeclaring a local variable with let in the Console 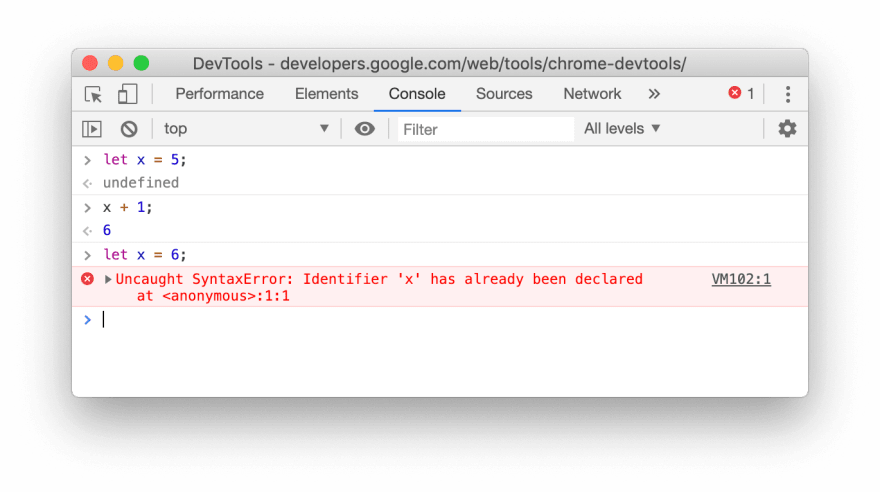 Example of the let redeclaration in the Console of Chrome 80: 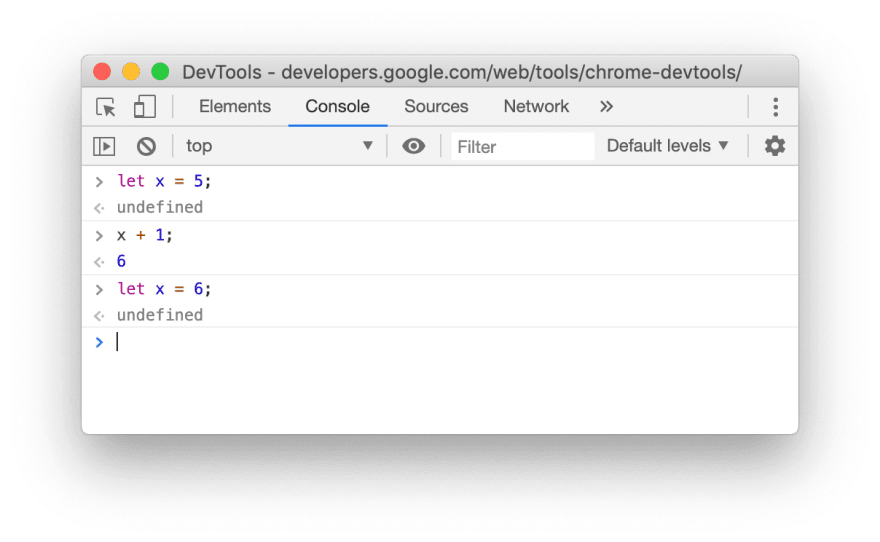 Solving day 07 of Advent of Code 2022 in JavaScript

Once suspended, cooldashing24 will not be able to comment or publish posts until their suspension is removed.

Once unsuspended, cooldashing24 will be able to comment and publish posts again.

Once unpublished, all posts by cooldashing24 will become hidden and only accessible to themselves.

If cooldashing24 is not suspended, they can still re-publish their posts from their dashboard.

Once unpublished, this post will become invisible to the public and only accessible to Vishnu Damwala.

Thanks for keeping DEV Community 👩‍💻👨‍💻 safe. Here is what you can do to flag cooldashing24:

Unflagging cooldashing24 will restore default visibility to their posts.