If you're a developer like me who has problems connecting the disconnected abstract pieces of code and have a hard time understanding how and where the state is being updated. Then you might also be hitting the limits of the human brain's limited working memory.

I think I have found a solution, a way to get rid of reducers without losing any benefits. During the last 10 months, I built an efficient state manager called ActiveJS that doesn't use reducers.

Instead of dispatching actions and let reducers implicitly work their magic, we just dispatch reducer like pure-functions and get rid of actions in the process; two birds with one stone.

These pure-functions are called producers because they take the current state and produce a new state.

So reducers reduce, and producers produce, but essentially they are doing the same thing, updating the state. Sounds good, right?

Let's put the theory to test, and write some code:

First, let's look at the good old reducers.
This is how a simple counter looks like, implemented with the champion of reducers, Redux.

Now let's see what happens when we replace reducers with producers.

One of those Units is NumUnit, it stores a number value and ensures that it stays a number, even NaN isn't allowed.

We'd use the NumUnit to implement our counter because we expect the count to always be a number.

What about actions with payload?

Let's say we want to increment the current value after multiplying it with the provided number as payload, let's see how that producer would look like.

The theory checks out, the code is still functional, easily testable, and the flow of the code is not broken.

But producers are just one of the good things about Units, there are so many features baked in.

Here are some of those features that are relevant for our "counter":

If you don't have a need to use producers, you can just dispatch the new value directly.

If you are not doing something reactively, and just need the value, you can access it directly.

For this we don't have to do anything, NumUnit takes care of that.
It only takes in a number, which ensures that it always provides a number value. Saves you the need for any sanity checks.

Preventing duplicate values is as easy as providing a configuration option.

It makes sense that our counter should only have positive values. And making sure of that is also easy by providing a function, it'll be called by the Unit to check if the new value should be updated or not.

Here's the StackBlitz playground link if you want to try it out yourself.

There are even more things that NumUnit alone and Units at large can do. Here's an article demonstrating some of those features. 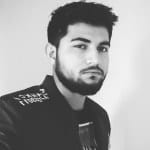 State Management with a Single Line of Code

Once suspended, dabalyan will not be able to comment or publish posts until their suspension is removed.

Once unsuspended, dabalyan will be able to comment and publish posts again.

Once unpublished, all posts by dabalyan will become hidden and only accessible to themselves.

If dabalyan is not suspended, they can still re-publish their posts from their dashboard.