Recently while exploring Apple's new sample projects for iOS 11, I stumbled upon this sample ARKit project. Aside from the cool ARKit stuff going on, I saw how the README.md would actually get rendered. 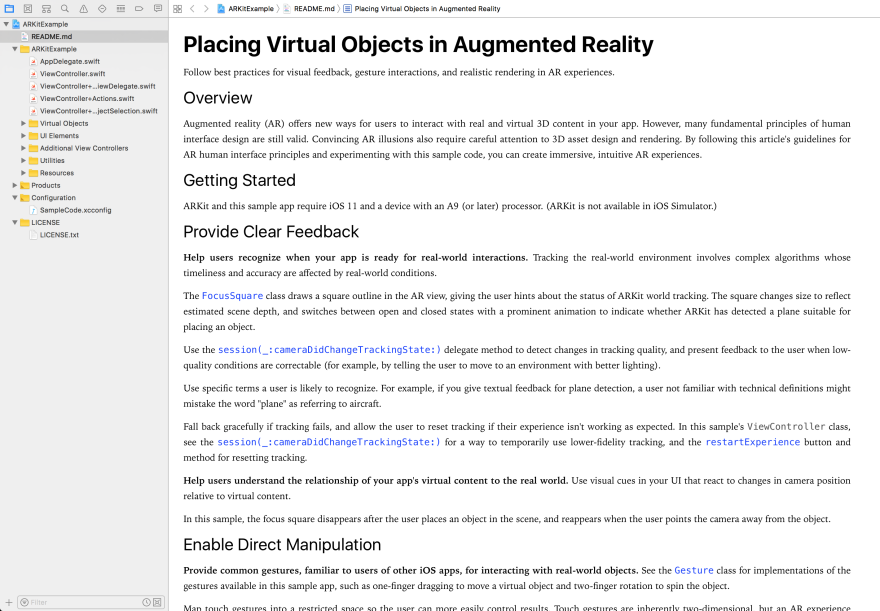 This has been possible in Playgrounds for a while but never in an actual Xcode project, until now. This markdown rendition is different from the one advertised, where the Markdown is partially rendered and the syntax is included (see image below). 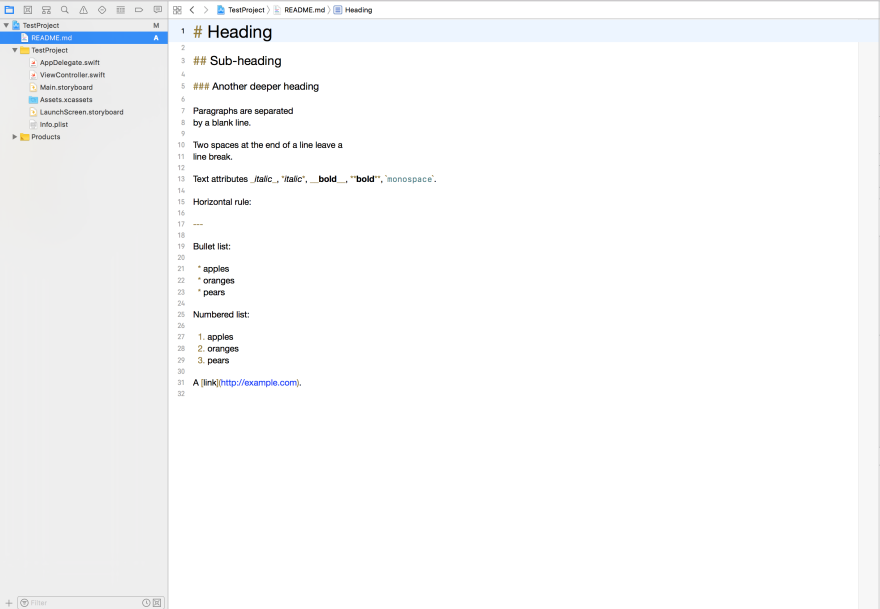 After some "extensive" research and excavation I found that .xcodesamplecode.plist is what triggers Xcode to render the Markdown as seen in their sample. This file can be found under the .xcodeproj (within Package Contents). 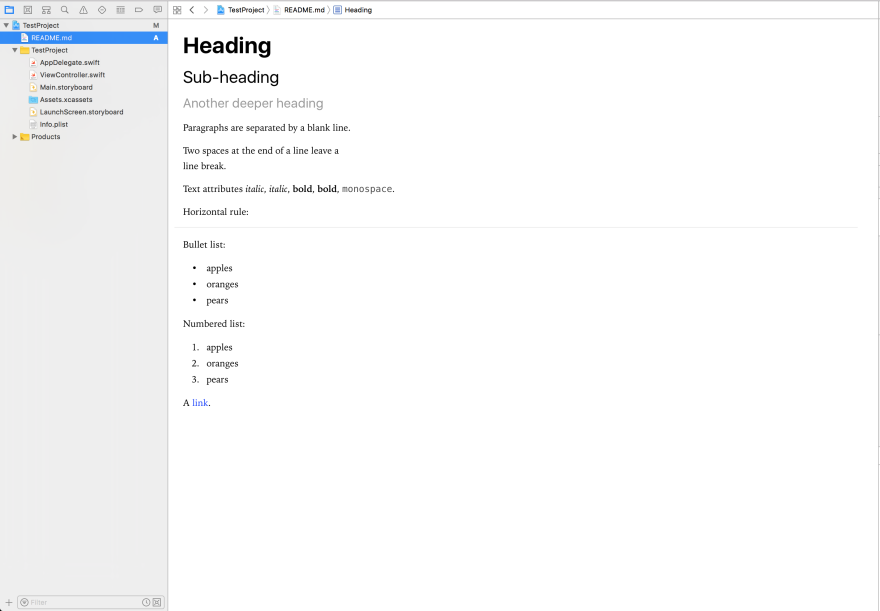 I think having renderable README.md files within Xcode could go a long way in helping make large projects easier to document and unpack, without the need to have external Markdown renderers. In addition to code comments this could greatly improve discoverability for new people coming into your project, as long as your project is well structured.

Questions about any of this? Ask me on Twitter.

Once suspended, danielinoa will not be able to comment or publish posts until their suspension is removed.

Once unsuspended, danielinoa will be able to comment and publish posts again.

Once unpublished, all posts by danielinoa will become hidden and only accessible to themselves.

If danielinoa is not suspended, they can still re-publish their posts from their dashboard.

Once unpublished, this post will become invisible to the public and only accessible to Daniel Inoa.

Thanks for keeping DEV Community 👩‍💻👨‍💻 safe. Here is what you can do to flag danielinoa:

Unflagging danielinoa will restore default visibility to their posts.