SleekwareDB is a project I just started in the OSS world. Initially this idea appeared when I was looking for an alternative file storage that is easy to manage. Several times I used the library jsondb created by donjajo

Donjajo's library has good performance, has interesting features, is built with the MySQL paradigm with the right query builder. But over time the library could no longer serve the complexity I needed.

Because I am happy with the work Donjajo is doing, I was inspired to open a port to be able to integrate jsondb with the Gitlab Repository, as well as my appreciation for donjajo.

Then I modify and give access to do integration with Gitlab Repository to store JSON file which is used as database. Which I named GitlabDB and I've posted it here. 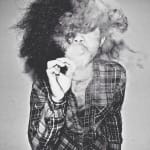 After the long journey process and the complexity of the situation and the needs increase, I have to end it very satisfied.

I was looking for another project similar to jsondb, before I created it and it went to no avail. And I found an incredibly rich library of features that made my brain explode around that time.

A standalone library with no additional dependencies and very rich with very interesting features.

It has a unique process of managing JSON files as Flat File Database with a process point of view like MongoDB, but managed using a face-to-face query builder like MySQL which even supports complex commands.

As I introduced in the previous series regarding SleekDB. If you visit the SleekDB documentation page, you will be pleasantly surprised!

From the very beginning of my encounter with this library, strange thoughts and images flashed through my head. Then came a part of me asking and giving suggestions for doing the appreciating process for SleekDB creators by building something on the basis of it, like I did for donjajo.

Wouldn't It Be Interesting to Create a Panel for SleekDB?

The question just popped into my head, it seemed like my alter-ego was getting excited.

And I think it would be very beautiful if SleekDB had a User Friendly Panel like MySQL and PHPMyAdmin/MySQL Workbench and others a tool that can be used and makes work easier from the local computer / server.

If Only Panels Are Created, Is It Enough? It Impressed Ordinary!

Another opinion pops up in my head. there seems to be something missing and it doesn't really give an appreciative impression of the work that the previous SleekDB developers have done.

Hmmm…. I thought of making something more impressive as a token of my high appreciation to the SleekDB developer.

Yes! This will be very interesting.

What if SleekDB was still paneled to make work easier with an intuitive and flexible UI/UX?

If there's a beautiful Appwrite.io capable of orchestrating the OSS world with a very rich feature, why don't I make a small alternative for developers and users who have few resources?

This will be very interesting to many people (probably).

Finally I thought and decided to make SleekDB which can be managed using Panel which I named SleekwareDB and able to manage all Backend functionality using REST API (first target).

Ah! Isn't it interesting? Any other suggestions? Interested in contributing to SleekwareDB? Just visit the Github Link below!

SleekwareDB is an Open Source project, anyone can contribute to build a better SleekwareDB for the future.

Cross Platform
Integrate with any Platform

Self-Hosted
Install on your server with easy installation process

How to write reflection for C++