In this article, I've brought together 8 smart tools to help you get from concept to finished app faster — all free. Whether you're designing your app for iOS, Android, both or another platform entirely, there's a ton of great of great resources on the web. 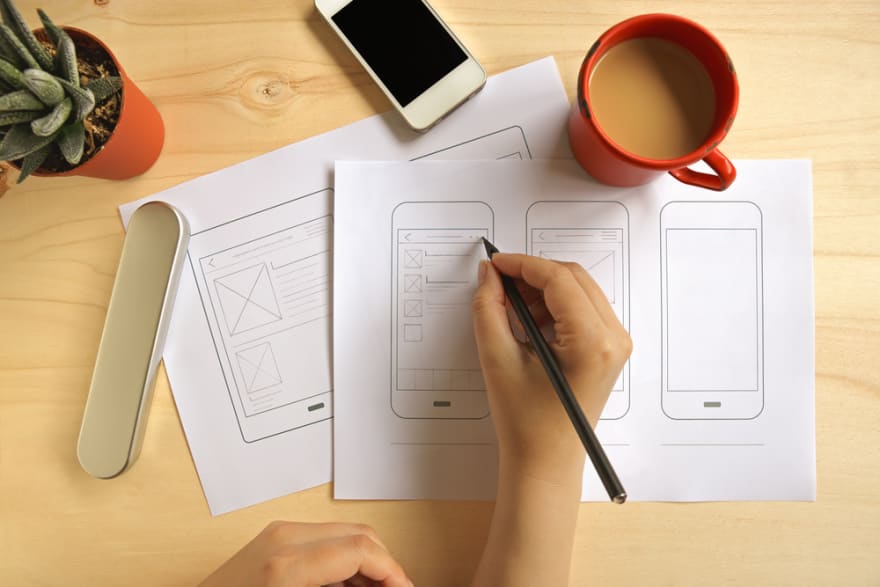 If you're looking for something new and distinctive or just something different to start using, you can go over to their design pattern library to take a look. This website categorizes tons of Android design patterns.

They organize their design patters by which app type they are meant for, such as 'dealing with data', 'personalization', and 'social'.

Mobile Awesomeness has a rating system for all of the designs posted on their website. Check out how they rate designs. You could apply this same rating system to your own designs to see how you measure up.

If you're dying for inspiration, just head on over to Laudable Apps. This website is not in article format, meaning that it primarily showcases the beauty of the mockup instead of bogging it down with lots of text and other elements.

They showcase all of the best iOS 7 designs and flat design examples available, so you can use awesome design patterns in your next app.

PopApp is unique because it starts with photographs of your hand-drawn app sketches and links them together on your device.

You're not limited by what the app can create visually, but then your drawn prototype works on any device. If you liked Marvelapp but you want a working prototype on your Android device, look no further than PopApp.

Since there are a good amount of phones per screen, you can organize workflow quickly on this sketch paper before doing more intensive workflow organization. We aren't forgetting Android designers.

Here is some Android design sketch paper like the option above for the Android designers in the audience. There are eight phones per screen, and unlike the iOS Sketch Paper this is not a dot grid, but instead it has no lines at all.

It is available as the iPad Air and the iPhone 5S. It includes gridlines for all of the default UI Elements, as well as measurement markers for each device.

For those who like designing on pencil and paper before jumping into photoshop or a prototyping tool, this free dot grid sketch paper makes it easy to get any iOS designs onto paper. It is print-ready when you download.

This prototyping tool has a full commenting system, along with notifications and status updates, so all members of a team can see where the project is at without having to ask. Invision is another free web and mobile prototyping tool available for both the iOS and Android platforms.

Marvel significantly cuts down on testing time to changes, especially since it updates them in the background. The Marvel app turns simple sketches on paper into interactive, tappable prototypes that allow you to demo your app ideas and share with others.

This prototyping tool includes custom animations and fading between screens, for the most realistic prototyping experience The web browser you test your prototype by simulating the device so you see it in its natural environment.

Solution of "Could not resolve all artifacts for configuration ':react-native-iap:classpath'"

Once suspended, designveloper will not be able to comment or publish posts until their suspension is removed.

Once unsuspended, designveloper will be able to comment and publish posts again.

Once unpublished, all posts by designveloper will become hidden and only accessible to themselves.

If designveloper is not suspended, they can still re-publish their posts from their dashboard.

Once unpublished, this post will become invisible to the public and only accessible to Designveloper.

Thanks for keeping DEV Community 👩‍💻👨‍💻 safe. Here is what you can do to flag designveloper:

Unflagging designveloper will restore default visibility to their posts.