Today's episode of BaseCS focuses on the core concept of what makes computers work: binary!

Binary is a number system where the digits that we can use are either 0 or 1. In this episode, we learn about why we're limited to just these two numbers, and how they're related to the on/off switches inside of our machines. We also learn how these binary is used to measure memory and data, and what a bit and a byte are.

Learn more about the concepts covered in this post here:

This whole series is sponsored by Heroku. A special thank you to Heroku for their ongoing support! 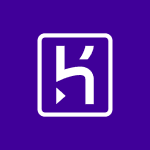 Heroku is a container-based cloud Platform as a Service (PaaS). Developers use Heroku to deploy, manage, and scale modern apps. Our platform is elegant, flexible, and easy to use, offering developers the simplest path to getting their apps to market.

Leetcode problems with solution in JavaScript.

Once unpublished, this post will become invisible to the public and only accessible to Vaidehi Joshi.