With the recent move from Apple to ARM-based CPUs, everyone seems to be in awe of the performance of the ARM-based Apple M1s.

As a cloud engineer, I couldn't avoid asking if this performance translates to cloud computing too.

AWS has their line of ARM CPUs called Graviton, available in their second generation as the m6g family in EC2. Those CPUs are on average 20% cheaper for the same amount of vCPUs and RAM, but how do they compare in terms of real-world performance, against traditional Intel CPUs? That's what we are here to find out.

cat /proc/cpuinfo didn't show much information for the Graviton CPUs, I guess AWS wants to be secretive about it.

The goal is to simulate a workload close to a real-world scenario, so we chose to use a Laravel API connecting to a MySQL database, which is a popular stack today.

Graviton2 processors (m6g.large) are on average 25% faster than Intel on an m5.large instance.

Given that m6g.large is 20% cheaper, we get a total of 40% gain in price/performance. 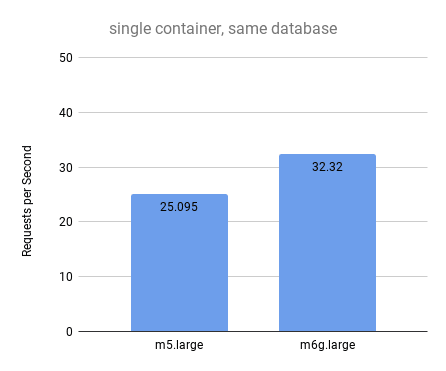 Graviton2 is almost 29% faster when shooting requests to a single container and the database behind is exactly the same. 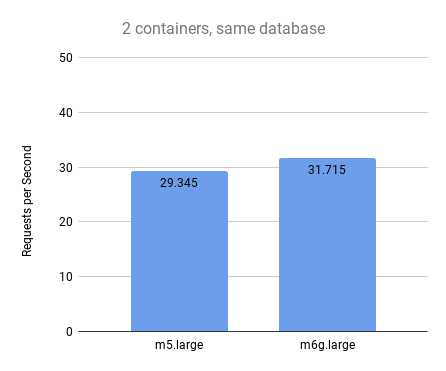 When adding a second container to answer requests, interestingly Gravitons didn't see any improvement, while Intel did. The difference fell to 8% only 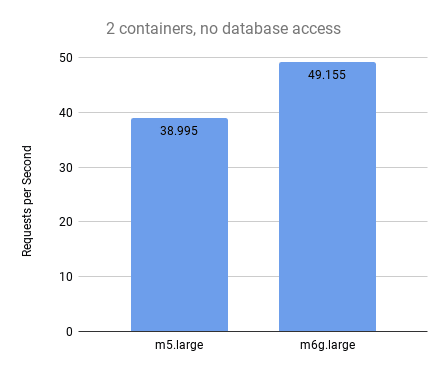 Testing with requests that do not require database access, the number of requests per second were higher for both, and Graviton kept a good margin against Intel of 26%. 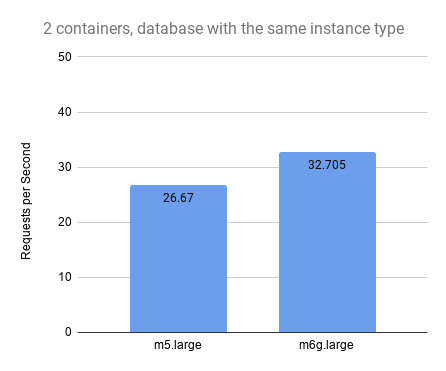 Results were pretty similar to before, with a 22% advantage to Gravitons, meaning that for this specific test, the database was not a bottleneck.

A simple change in your Dockerfile could mean a 40% cost reduction in your compute costs.

Docker also is working on better support for multi-platform images with docker buildx, making it more portable and easier to use the most cost-effective computing platform, independent of architecture.