They are aliases to the ID of your image which often look like this: 8f5487c8b942 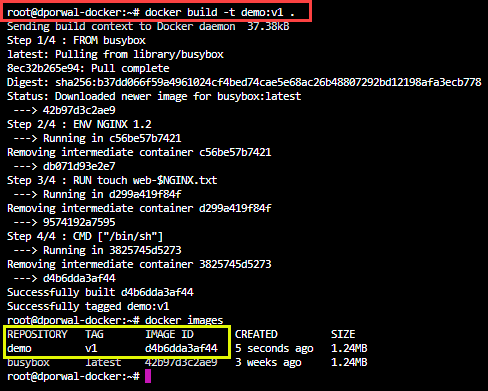 Assigning tag if no tag default

Lets build a image without tag. 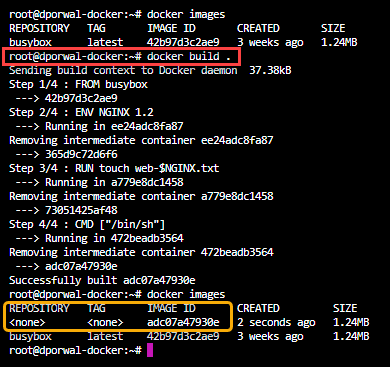 Now lets assign tag to the existing image without tag.

tag for existing tag of the image

This will create another image with the same IMAGE ID.

Whenever you make changes inside the container, it can be useful to commit a container’s file changes or settings into a new image.

By default, the container being committed and its processes will be paused while the image is committed.

Created a container containing context01.txt file in root directory.
Then committed the container to the images and then creating another container from the same image, where we can see the same file/changes made present. 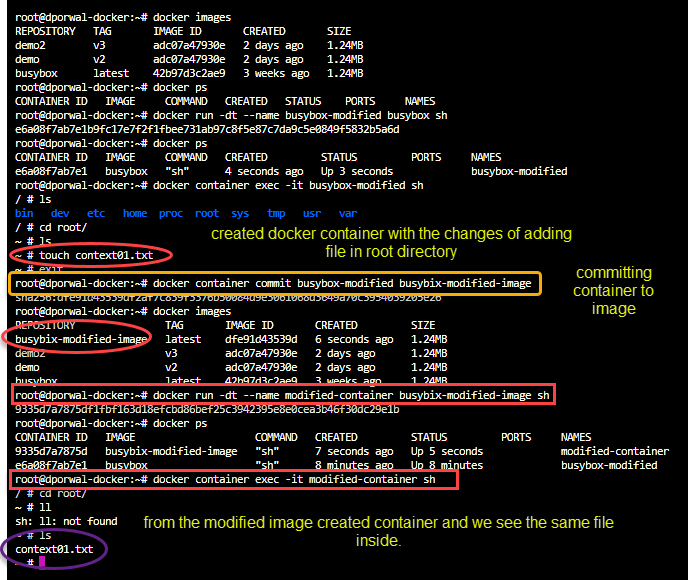 We can also define the Commands while committing the images from the containers.

The --change option will apply Dockerfile instructions to the image that is created.

A Docker image is built up from a series of layers.
Each layer represents an instruction in the image’s Dockerfile.

Here is the best resource I found for the presentation. 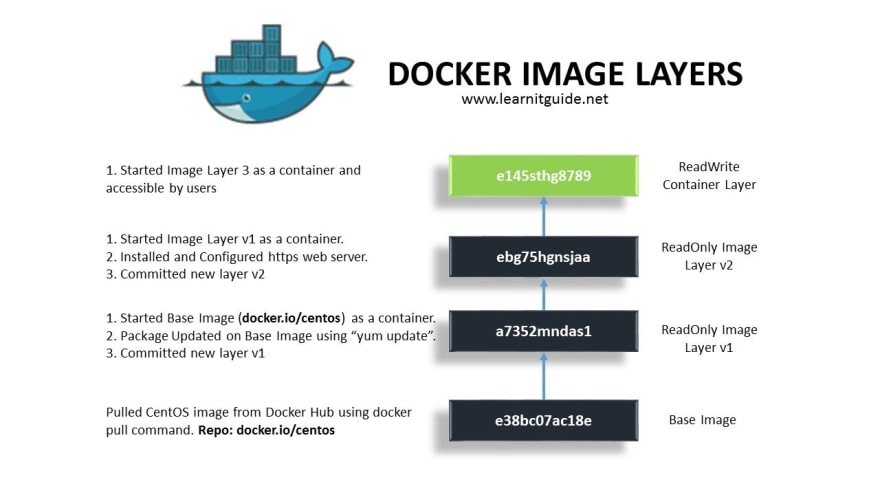 Lets, see some scenarios. Will build a docker image using dockerfile and will check the layers.

Command to check the layers of the image, where layerdemo01 is the image name.

Below Screenshot clearly shows how 2 layers are of same volume, as they are not adding the volume of previous layer. Every layer has its separate size according to the command or the changes. 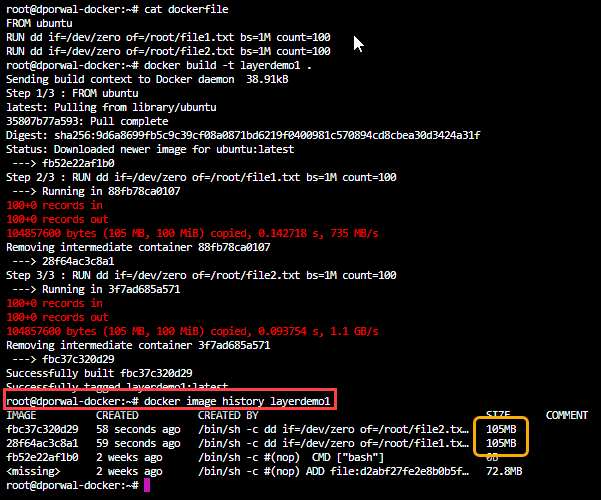 Now, lets try to remove these files and I found that 2 layers were created with 0B but the image still contains the same 282MB.

Here Only Layer4 and Layer5 is dealing with the removing of those files, but the file are still there in Layer3 and Layer2.
That is the reason image still have the same volume. 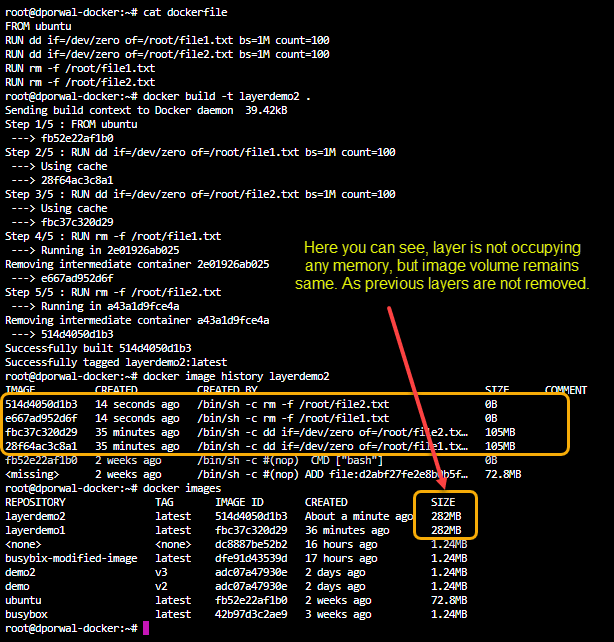 For the requirement where we need to remove the files after creation, we can use && to run both the command at one-go.
This will conserve the volume of the image 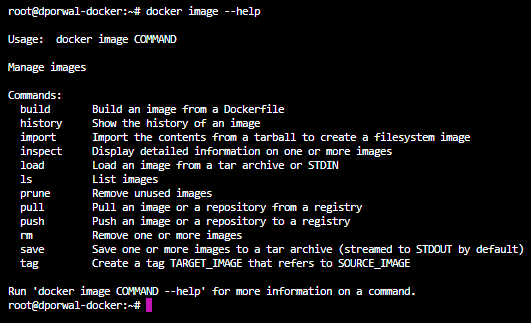 A Docker Image contains lots of information, some of these include:

docker image inspect command allows us to see all the information associated with a docker image.

Suppose we need to get the particular field from the inspect data.
e.g Hostname

There are certain things that have parent child details. Like, ContainerConfig have Hostname, Domainname etc.
But, this will only gives the values not the key.

If you want the key and value both.

If you just want the hostname value you can use below caommand to filter out the information from the inspect data.

Docker image prune command allows us to clean up unused images.
By default, the below command will only clean up dangling images.

To prune all the images that has no container refrenced, we can use below commands.

If you want to remove all the images only which don't have tag associated, you can use below commands.

Before Prune we had these many images. 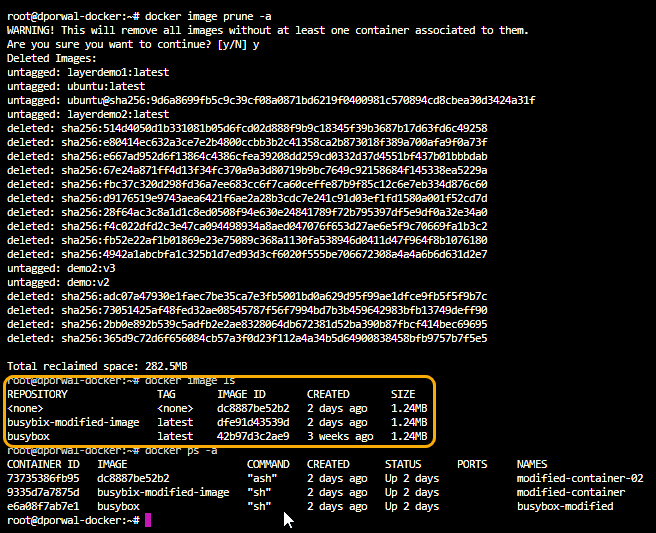 Those images got removed which were not referenced to the container.

Here is the below command the image without the tag ( ) tag which is a Dangling image, but it can't be prune because it has containers associated. 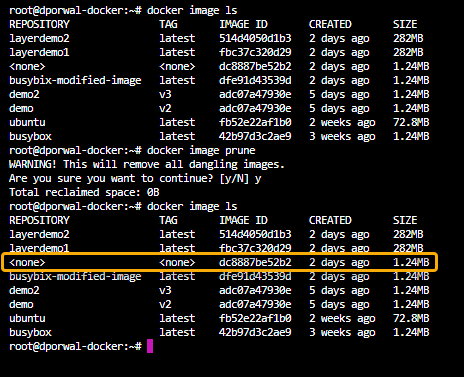 Modifying Image in a single Layer or specific Layer.

As we know ubuntu has many layers. So, to merge all layers to the single layer. There is one approach that to,
Import and Export to a container 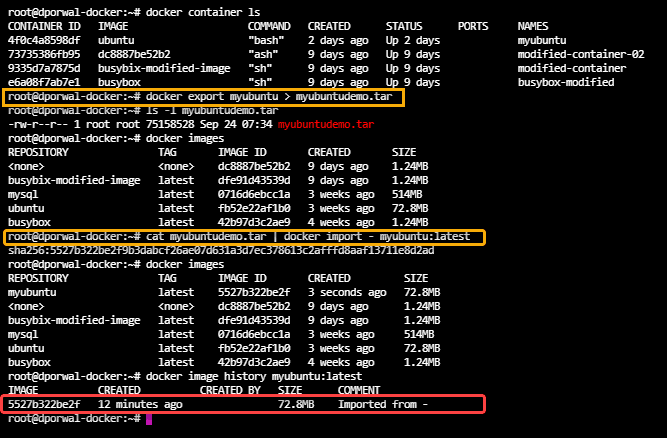 A Registry a stateless, highly scalable server-side application that stores and lets you distribute Docker images.

Docker Hub is the simplest example that all of us must have used.

There are various types of registry available, which includes:

To push the image to a central registry like DockerHub, there are three steps: 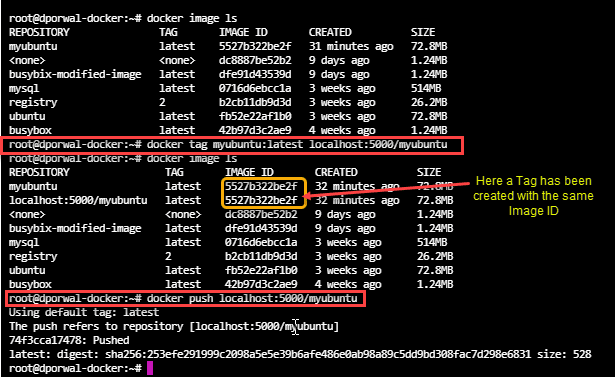 Now, lets pull the image from the registry. For that first we need to untag the registy located image and then delete the image. 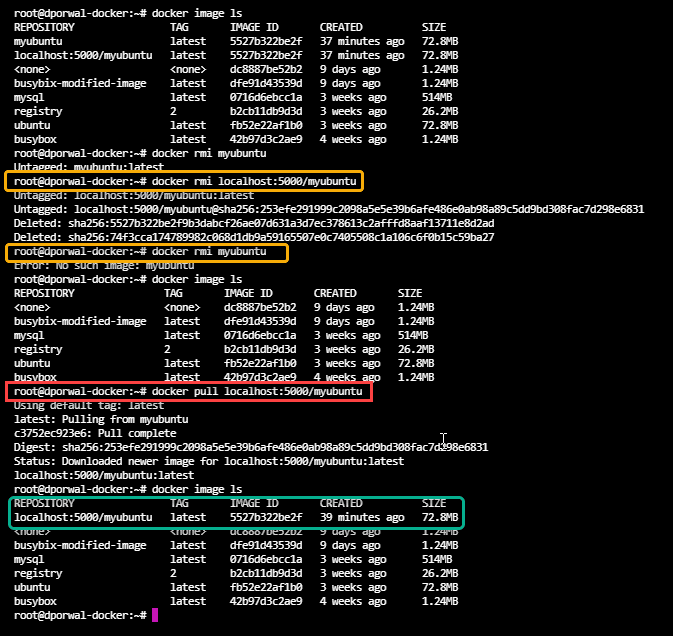 I have my account on Docker Hub and created had 1 repository.

So, first we will login to the docker hub by CLI and then create the tag and push it. Then before pulling the image I have removed the tag to the image and removed all the containers associated to that container and then pull the image from the Docker Hub Repository.

Pulling the image from Docker Hub. 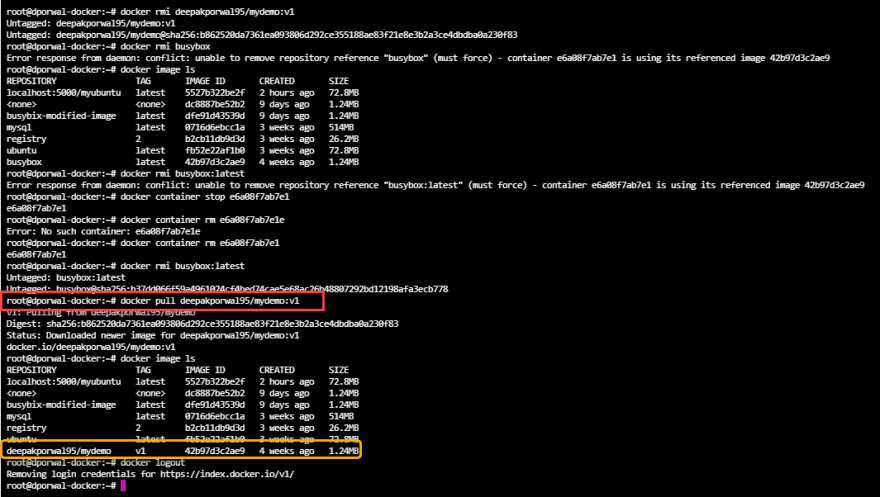 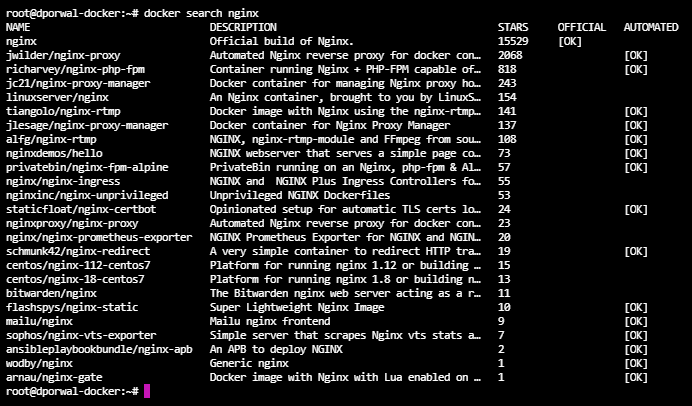 We will limit the number of results.

On searching images from Docker Hub we get many results. We can filter those results by three filter supporters.

Suppose we want to send docker image to other hosts or instances from admin box or master server. In this case we save the image as a zip and then transfer that image to host and at last will load that image in the host. 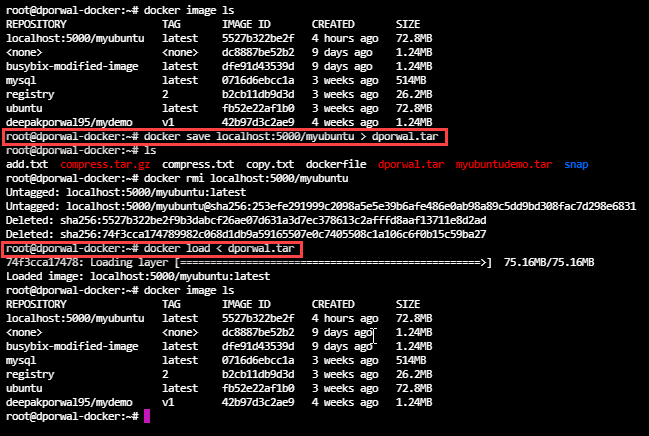 While building a container or image it uses the cache of each layer which has been already been there.

Here is the Dockerfile and requirements.txt details that we will be using for this usecase. 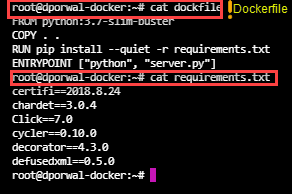 Here are the commands that will be using to build the images. 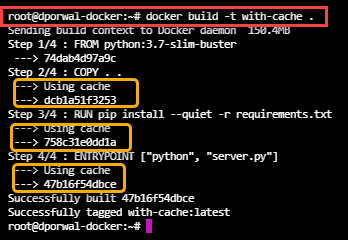 Once suspended, dporwal will not be able to comment or publish posts until their suspension is removed.

Once unsuspended, dporwal will be able to comment and publish posts again.

Once unpublished, all posts by dporwal will become hidden and only accessible to themselves.

If dporwal is not suspended, they can still re-publish their posts from their dashboard.

Once unpublished, this post will become invisible to the public and only accessible to Deepak Porwal.

Thanks for keeping DEV Community 👩‍💻👨‍💻 safe. Here is what you can do to flag dporwal:

Unflagging dporwal will restore default visibility to their posts.