Don’t you feel frustrated when you make a trivial change in your codebase, like editing some text using the web editor…:

…or bumping some dependencies…:

…only to see your CI build failing because of reasons like these?:

I get very annoyed when issues like this happens. It’s important to put in checks to keep things tidy and ensure coding style is used consistently. But perhaps we can make it a bit less annoying…

I was once on a large codebase where running the linter and the tests takes 5 minutes. When I make simple changes that breaks any formatting or any snapshot, I lose a lot of time: 5 minutes to know that there’s a problem. 5 minutes to run eslint --fix or jest -u and commit+push the changes. And 5 more minutes to verify the fix on CI.

While it’s important to speed up the CI builds, why not also let the CI generate a patch file that you can instantly apply on your branch?

(Before) Instead of simply running checks and failing the build…:

(After) …we let GitHub Actions try to fix the auto-fixable problems…:

…then we stage the changed files and finally use the Patch Generator action (newly created for this hackathon) to generate a patch command:

When this workflow is run and there is any auto-fixable changes, Patch Generator will generate a shell command that you paste into your local machine to instantly apply the required changes. It also works with binary files. And if the changes are too big, you can download the patch file from the build artifacts and apply using the git apply command. 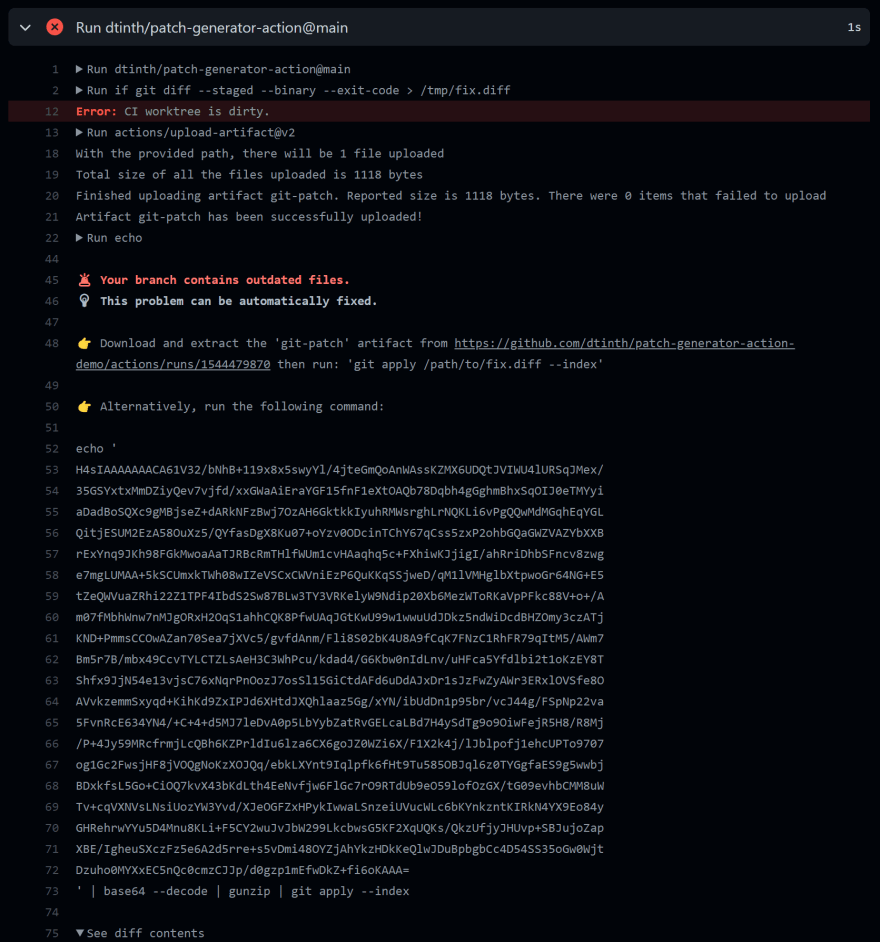 Finally, you can also review the diff from the actions log to see what would happen when you run the above command. 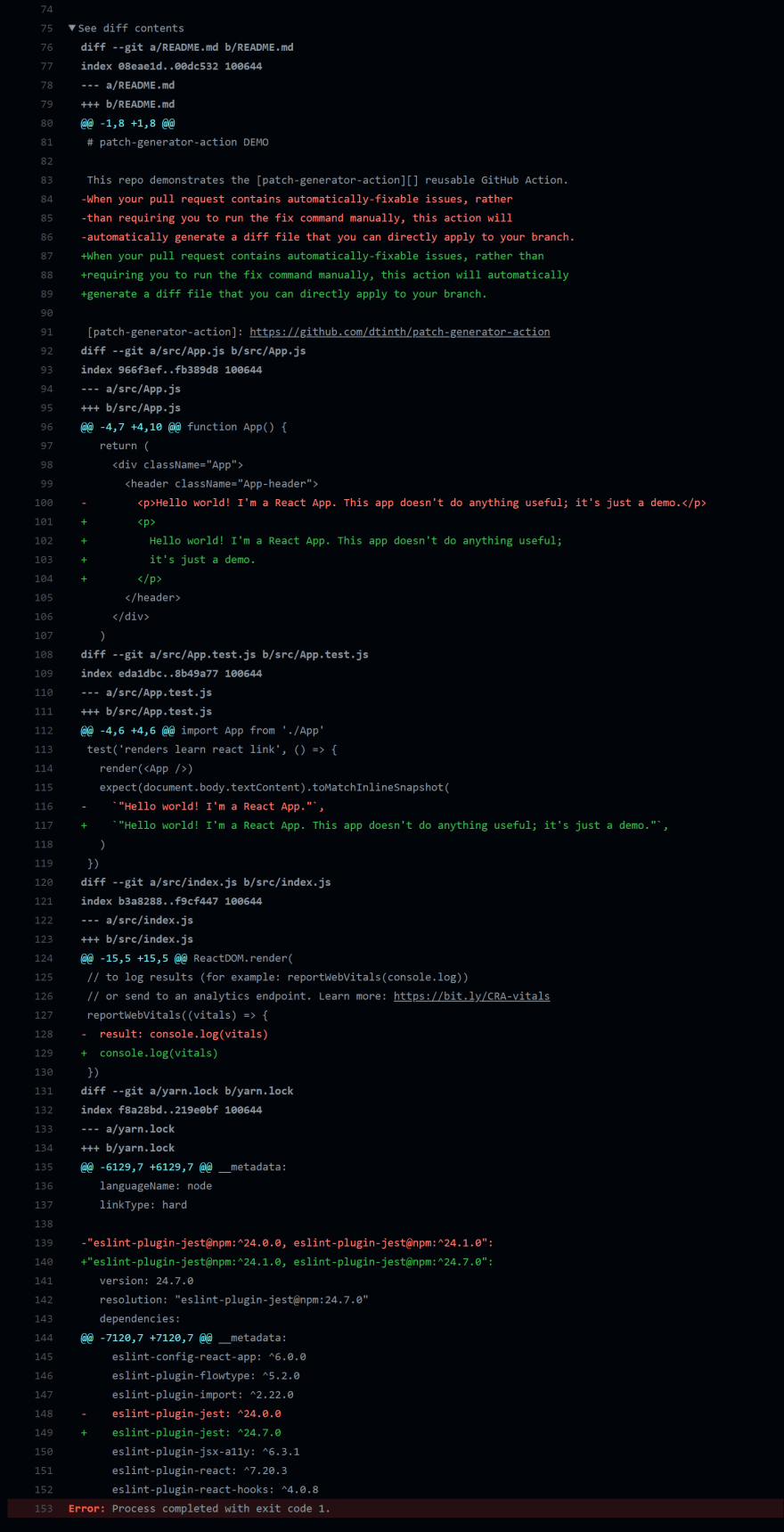 Frustrated by builds failing due to trivial, auto-fixable issues? Use this action to generate a shell command to apply changes.

patch-generator-action is created as a composite action. This approach has some benefits over JavaScript actions:

I am using the workflow in these open source projects:

We produce freshly-baked apps every midnight

Frustrated by builds failing due to trivial, auto-fixable issues? Use this action to generate a shell command to apply changes.

The action is released under the Unlicense, i.e., into the public domain.

Why use microservice in Embedded