A JavaScript library that manages the <meta name="monetization"> tags. It is designed to be used in single-page JavaScript apps that needs to dynamically monetize different creators.

The main use case is to allow Single-Page Apps to monetize creators dynamically based on the content displayed. For example, an article website may want to monetize the article’s author when a user is reading their articles, while falling back to monetizing the website owner on other pages. This library allows such use cases to be implemented declaratively. 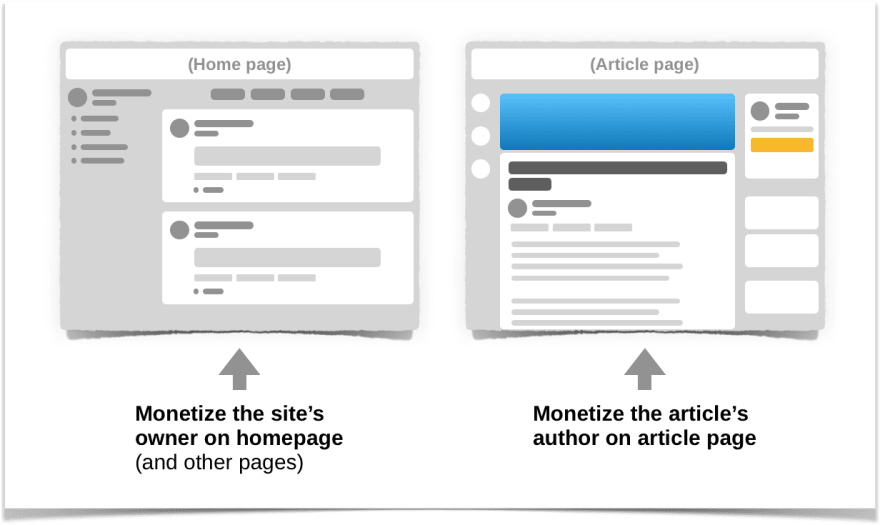 Under the hood, when you call monetize, it adds a new monetization candidate to an internal candidate pool. When the candidate pool is changed, the library picks a winning candidate and adds/updates/removes the meta tag accordingly. 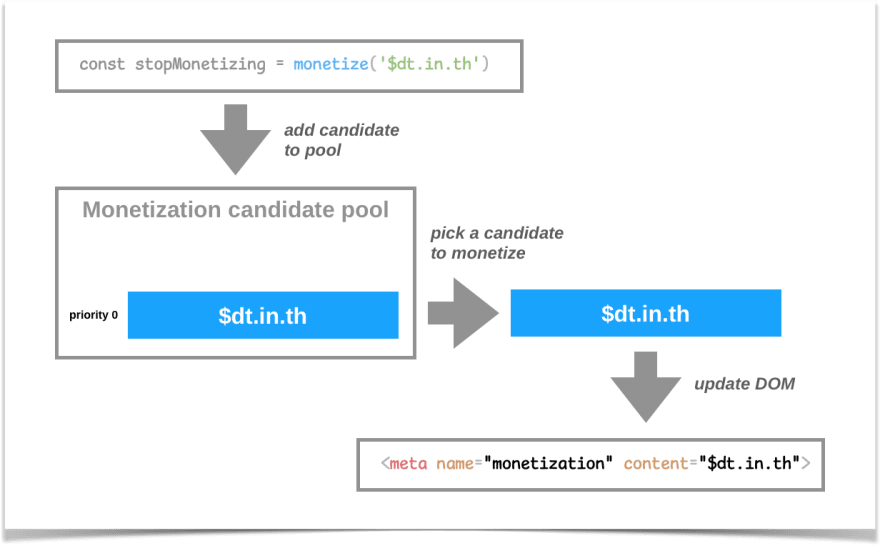 Likewise, when you call stopMonetizing, the previously added candidate is removed from the pool, which results in the meta tag being removed (if it is the only candidate). 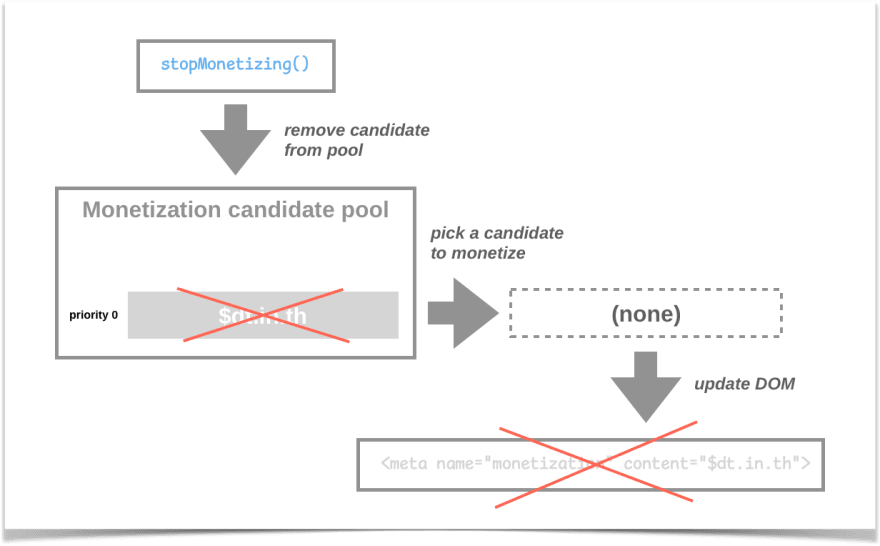 The API has been designed specifically so that it snaps neatly into a useEffect call.

If multiple monetization calls are active, it uses probabilistic revenue sharing to divide the revenue.

You can specify a weight (default weight is 1).

You can also specify the priority. Higher priority wins.

This essentially lets you implement the main use case aforementioned in the beginning.

This library is being used in an open-source web-based rhythm game I develop, Bemuse. If you look in the page’s source code you will not see the monetization meta tag, but it is later added in via JavaScript.

Extracted from the Bemuse monorepo into a standalone repository.

If multiple monetization calls are active, it uses probabilistic revenue sharing to divide the revenue.

You can specify a weight (default weight is 1).

I originally built the monetizer package for use with the open-source web-based rhythm game Bemuse. So, I originally implemented this package right into the Bemuse monorepo. This is beneficial because: 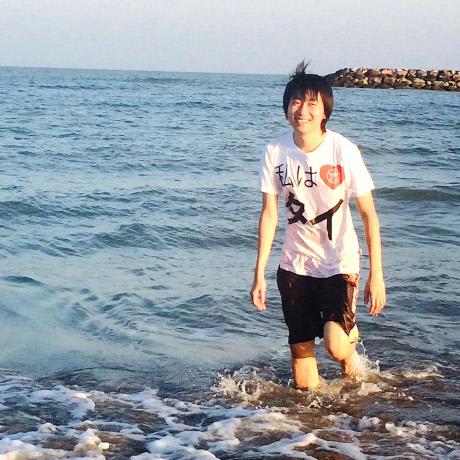 Basic idea of how it works

How does this affect our users

Nothing. The Bemuse game will work exactly the same regardless of whether or not they are a Coil member. There is no behavior difference. Coil members, however, automatically support this game just by playing it.

A future iteration of this feature may allow music server maintainers and artists to get monetized while their song is being played.

Added a passive web monetization using the upcoming open standard, Web Monetization API, to see if this can potentially help offset server costs. If you are a Coil member, your membership will help support the server costs. As for Bemuse, nothing will go behind a monetization-wall. The game will remain completely free without any ads.

With that, I released a new version of the game. With the library integrated into the game and shipped into production, the original goal has been accomplished. I can now shift my focus to just this library and think about its future.

The monetizer package is very generic, and has a potential to be evolve independently of the game, unlike other packages in this monorepo which are more likely to evolve alongside the game. Having realized this, I decided to extract the library into its own standalone repository.

I used TSDX to bootstrap a new TypeScript package. Since this library has no dependencies and also follows standard TypeScript project structure from the beginning, extracting it into a standalone repository turns out to be straightforward. TSDX also generate a GitHub Actions workflow file, so the library has testing right out of the box.