Learning redux? Or useReducer? Then chances are you've been frustrated by the black magic that is the dispatch function 🧙‍♂️! Well, luckily you have found this post. I will help you understand what happens under-the-hood and remove the mystery behind dispatch. 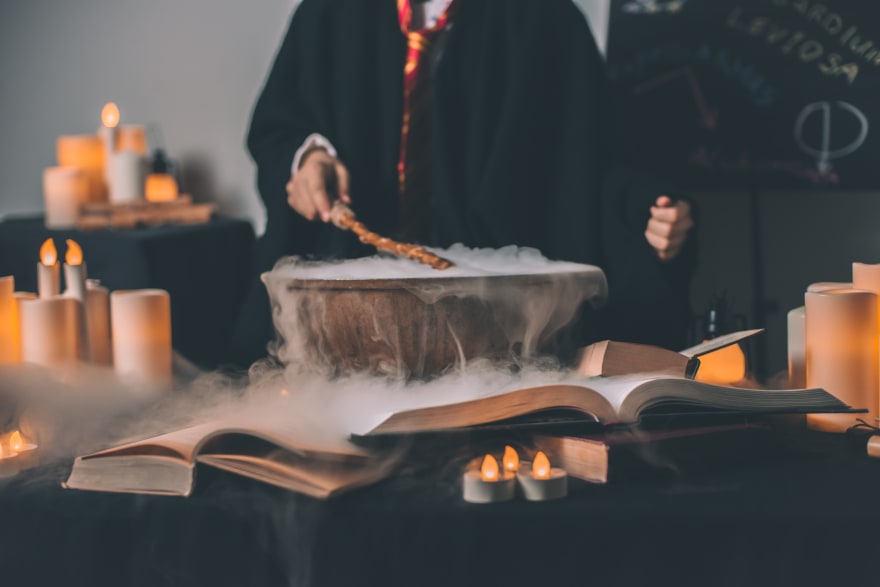 What makes dispatch so hard?

There are a couple of reasons that learning Redux or the reducer hooks can be confusing.

First - both flows rely on a programming paradigm called "functional programming". Thinking in this way requires you to switch your mental model of how to manage data in your application. For more on functional programming, read the first half of this article - Functional Programming in JavaScript: How and Why. The basic idea here that makes these patterns hard is that data is flowing from function to function, and often changes shape a little (or even a lot 😬) before your state is updated and the component re-renders.

Second - both flows "abstract" some of the logic into different functions. Think about it. If you're using Redux, you call an action creator function and POOF... a reducer is called and state and an action object are passed in. Like, what the heck?!? 😡 The reducer hook flow has one less layer of abstraction, but there is still some there that adds to the confusion.

I think looking at how the dispatch function is built really helps remove the mystery behind reducers. So let's build a simple implementation of dispatch to see the logic that is abstracted out of our view. We start with the function definition.

Wooooo 🎉! We're doing great so far 😁. Next step, we will add action as a parameter for the function.

Now we need to do a couple of checks. We need to make sure that the action object that is passed in is an object, and that it has a type property. If either of those is not true, we will throw an error. When a reducer function is written, it assumes that those are both true.

Good. Now we can build our reducers with confidence knowing that any action that is dispatched will be an object and will have a "type" property.

Now the exciting part! The next thing we will do is call the reducer from within the dispatch function. This is the abstraction part that hides from our view of what is happening behind-the-scenes. There are a couple of points that we need to cover before we can write this though.

Here’s a very simplified version of what that looks like:

🤯 I know, I know… really cool to see what it looks like under-the-hood, right? Functions and objects. Welcome to functional programming in JavaScript! Once you see it written out like this, it starts to come together! But there is still just a little more to explore.

Let's think about everything that we've learned so far and combine that new knowledge with what we know about reducers.

Inside dispatch we will now call reducer and pass in currentState and the action object.

Look at that closely... when an action is dispatched, or in other words, when we invoke dispatch and pass in an action object, the dispatch function calls our reducer and passes in the current state and the action object! 🤩 It's all starting to make sense!

Well, there's one last part to this - updating the state. Think about how you write a reducer function. What does it return? It returns a new state object, right? You've followed immutable principles to return a copy of the old state, updated with new data based on whichever action you had dispatched. So when the dispatch function does this - reducer(currentState, action); - that function call is going to return a brand new state object. Our dispatch function here needs to update currentState with the new state object that is returned by calling the reducer.

And voila! We have built a simple implementation of the dispatch function. Now, of course, there is more to this in the actual implementations. In Redux, dispatch needs to tell the app that the state has been updated. This happens through listeners and subscriptions. In the useReducer hook, React recognizes that the state was updated and re-renders the component. The updated state is then returned to the component from where the useReducer hook was called.

Regardless of the extra implementations, building out the dispatch function here will really help us understand what is happening under-the-hood when we call dispatch from our components.

which we now understand will call the reducer! Wooo! 🚀

Hopefully, this helps remove the black magic of reducers and dispatch! If you think through the logic flow, you will realize that this is all about functions calling functions and passing data around. And now that the black magic of Redux has been removed a bit, you can get back to the fun part of building web apps with React and Redux ⚛️!