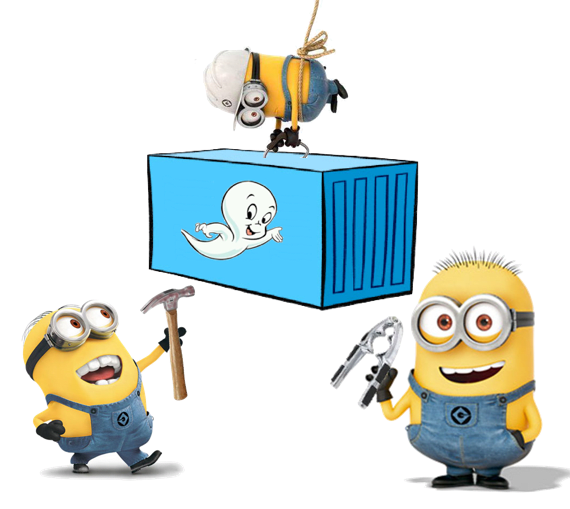 One very good reason to go for Ghost(Pro) is that you do not have to maintain your blogs. They just run. For ever. Eventhough servers do crash, hard drives do break, electric power do fail, blogs do need to be upgraded... they will continue serving their pages.

Nevertheless, having one's own setup is fun (as long as you are aware of the limits above), and much easier to play with. You could for instance:

And these three reasons are good enough for me to write this fourth (and last) blog about shells of Ghost . Did I say "fourth" ? yep!. And here are the three first ones:

But first of all you need the basic diagnostic tools

We have seen before the two following commands

Those commands depends on the environment vars, which can be overridden in the command line. E.g.:

So far (in the previous blogs) this is the way to go with multiple instances... and it sucks, especially if you want to run different set of values for each of them (which is exactly the reason why we have this series in the first place)

Therefore, there is a newcomer in the list of available variables: please welcome p.

p is the path of the valid instance of the blog you want to act upon. you can use it with most of the make commands we have seen so far.

Valid means that the path will contain a .env file with all the overriden variables. For the sake of your sanity, this file is automatically generated when you spawn your instances with make [dev|qa|prod]. e.g.:

The last two lines are the new sweetie... and you can now run the following to make sure your configuration as been saved:

Note that 1) the path is relative, 2) the trailing / is mandatory, but it should come with the bash autocompletion anyway. (that's why it is done like this)

Upgrading may be painful (particularly if you do not do it often enough). It is for sure scary. No ones want to change (break) something that runs smoothly.

You first need a bit of information, e.g with the question 'how far am I behind ?'. make cli-version will help you there:

The upgrade mechanism relies on DockerHub tags. Which means that the most generic tags point to the latest version, and that the same version may have multiple tags. For instance, if the latest version is 1.24.2, you will get this version with all the following tags: 1.24.2, 1.24, 1, latest.

Hence the following behavior when upgrading:

By default, the GHOST_VERSION is set to 1. Therefore, upgrading is as simple as make upgrade[-qa|-prod]. This command will pull the lastest (1.x.x) docker image and restart the container for you.

You can force your desired GHOST_VERSION by overriding the env var:

If you have specified a GHOST_VERSION when you created the blog instance, e.g: GHOST_VERSION=1.10 PORT=3002 NAME=old make, the version is stored in the .env file. Therefore the p helper variable will not allow you to upgrade automatically. It will stick to the version of the instance specified when it was created, e.g:

You will have to edit manually your ./instance/$NAME/.env file and set the new GHOST_VERSION to upgrade it.

Would you like to rollback to a previous version, e.g. version 1.23.0? Just modify againt the .env file and upgrade again. Or pass the variables through the command line.

the actual docker image downloaded is ghost:1.x.x-alpine: the -alpine suffix is added here because I prefer it lighter than heavier.

Well, we have seen quite a lot with these series and reliability has more to do with the hosting you are going to choose. And security policies you are going to enforce too. Far too much and too wide for a simple tutorial like this one. Remember also the disclaimer from the begnining: go for Ghost pro if you are looking for reliability :)

Interview with Ali Spittel: 5 Tips for Contributing to the Developer Community

What I learned from achieving a 16 week writing streak

Here Are the Three Audience Types Who Engage With Developer Content

Using AbortController out in the wild

dev.to is now reaching millions of developers every month.