Bytesize is our 5-minute infusion of developer history, speculation, or otherwise fun knowledge that you can enjoy during a work or study break.

When you set off to become a developer, you probably dreamed of working on self-driving cars, artificial intelligence, world-changing apps, or any number of other amazing products. However, there's a lot of learning and beginner developer work you need to do before you can get there. This can be draining and can make you lose sight of what got you excited to be a developer in the first place.

When knee-deep in a tough concept or a product function that's fighting back, Bytesize is here every week to give you 5-minutes to shake it off and let your imagination fly once more.

The most common use of Blockchain right now is cryptocurrencies like Bitcoin or Etherum. While most people know crypto's use in investing, it could also revolutionize international banking.

Currency conversions now take a long time and come with huge fees, sometimes around 20% of the transfer. That's because currency conversion isn't direct. Your bank must contact a bank in the target country and work to set up a transaction. Both of these banks need to pay their workers for the time, the third party used to authenticate their connection, and charge extra to make the transaction worthwhile for the company. This sluggish and lengthy process inhibits international trade and your options as a consumer.

Blockchain has economists excited because cryptocurrencies offer an intermediate and decentralized currency.

For example, say I want to convert from American Dollar to Japanese Yen. On my end, I can just press a button. Behind the scenes, my Dollar is used to buy a portion of a Bitcoin equal to the value then immediately resold for Yen.

Without the need for one or more middle parties, we can avoid high fees and the time it takes to connect to the decentralized server. The decentralized and secure ledger of cryptocurrencies could even allow companies to make large deals without the need for an authenticating bank. This concept has international business experts excited, with 90% of the European Payments Council they expect it to fundamentally change banking by 2025.

Democratic voting has been around for a long time, since the days of the Ancient Greeks. Unfortunately, the voting process hasn't seen much change since then. Much like the voting stones in Athens, most democratic nations still ask citizens to vote in person by placing their ballot in the box of their candidate. Ballot as a word reflects this stagnation as it developed from the Italian balla, meaning a colored ball used as a voting token in the 1500s.

The main problem of this system is that it assumes all voters can reach a ballot box and leads to long lines at voting locations. This centralized system makes it harder to vote, especially for those who can't take time off work to vote or cannot afford transportation.

Right now the best alternative to in-person voting is vote-by-mail systems with various layers of authentication. These systems are very secure and do not cause voter fraud. The problem they have is that the authentication process is costly and sometimes invalidates valid votes that have slight errors in formatting or signature matching. While it's the best solution we have right now, it still creates a barrier between the voter and the voting system.

That's why some experts are excited about Blockchain to enable online voting. The idea is to distribute a unique voting "coin" to all registered voters. Then, each voter adds their coin to an immutable blockchain associated with their preferred candidate.

Blockchain's encrypted, decentralized nature makes these votes hard to hack and manipulate, which is the main obstacle against online voting. Since there is no central administrator that can access the full ledger, the identity of the voter is secure. Further, the unique coins allow the system to easily track every interaction and verify each coin as it's entered into the system.

Blockchain does not require physical pickup by election officials and does not need to be authenticated by hand, which has been projected to lower the cost-per-vote to just $0.50.

In short, the system can verify votes but no central power can link them back to voters.

While still too early to implement at scale, Blockchain technology appears to be our current best option to enable online voting and further increase the availability of electoral engagement. 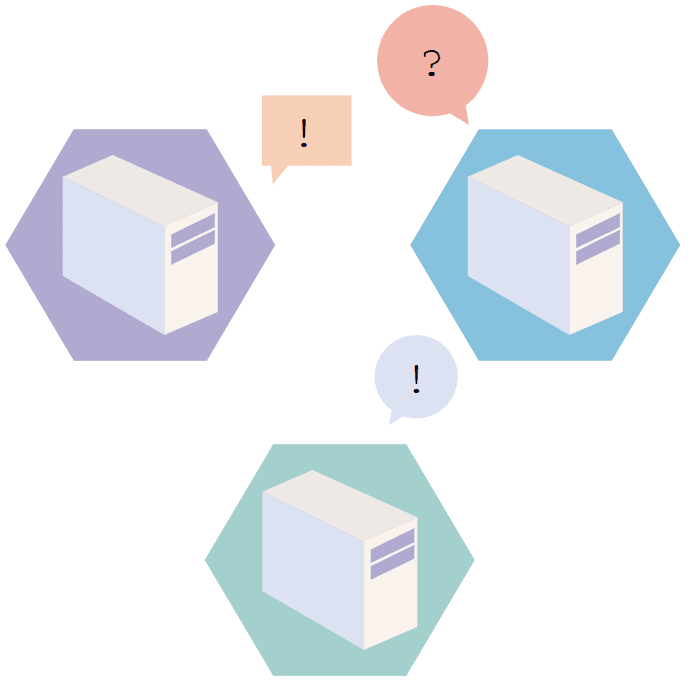 Swarm Robotics is a form of AI that allows a group of robots to make decisions without a centralized director. Essentially, the swarm of robots uses a distributed peer-to-peer hive mind that allows the group itself to act as a decision-making device. This allows the group to make decisions, chart paths, and correct for obstacles faster than if it had to relay with an outside server. While long discussed in computer science academia, it's now being considered for application in drone-based delivery services.

Blockchain is showing initial promise as a key to bringing this theory to life. It's naturally suited to peer-to-peer relationships and has proved the most reactive option to unexpected stimuli in recent MIT tests of the ARGoS Etherium-based system. Blockchain also includes built-in cryptographic security systems, which address the fear of hacking the hive-mind.

This application of Blockchain is only just beginning to show promise, but its success will have staggering effects on our commercial transportation.

The technology is currently under open-source development. You can contribute on Github under the name "ARGoS-Blockchain interface"!

Continue reading about these technologies