Database normalization is a process of restructuring database tables in order to minimize data redundancy and avoid data anomalies such as insert anomaly, delete anomaly, and update anomaly.

Next, there is a delete anomaly that occurs when we want to delete data in a certain domain and it affects the loss of other data domains. let's take the previous table as an example. when all students in the fundamental programming course have passed the course, we might delete those students' information because we don't need those students in that table anymore. When we remove the data, it will impact the loss of course information, such as who teaches that course. In this case, we will lose the information on who teaches the fundamental programming course.

There are some steps to normalize the database table, which are :

in order to make the table satisfy the first normal form, there is one simple rule that has to be applied for each table, which is to make every attribute or column in each table store a single atomic data, not a group of data. In the example above, a student have more than one course which is violae the first normal form. we can separate those course data into different rows without the loss of the student and lecturer information, so the table will look like this.

The table above satisfies the first normal form of a database table, but there is partial dependency and transitive dependency which will be discussed in the higher normal form.

To get rid of that problem, we have to separate the partial dependent attribute into a new table with the corresponding primary key. So, the tables will look like this.

to convert the table to satisfy the third normal form, we have to separate the transitive dependent attribute into a new table with the corresponding primary key, so the table will look like this. 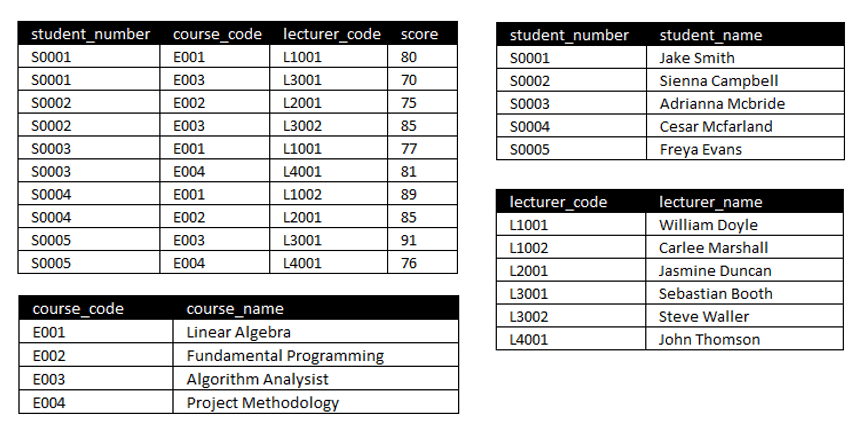 The table should be converted to BCNF only if the table is in the third normal form and every determinant attribute in the table is a candidate key. In the previous table, besides the student_number and course_code that were chosen to be a composite key, there is also another determinant attribute that is also a candidate key, that is lecturer_code, but for some reason, it was not chosen to be a part of the composite primary key. If we observe, one course can be taught by many lecturers, but one lecturer only teaches one course, which means that the course depends on another non-primary key attribute. This condition obviously violates the BCNF.

To convert the table into a BCNF, we can modify the composite primary key from student_number + course_code into student_number + lecturer_code, then we move attribute course code into the lecturer's table. Therefore, there is no candidate key and the tables will look like this. 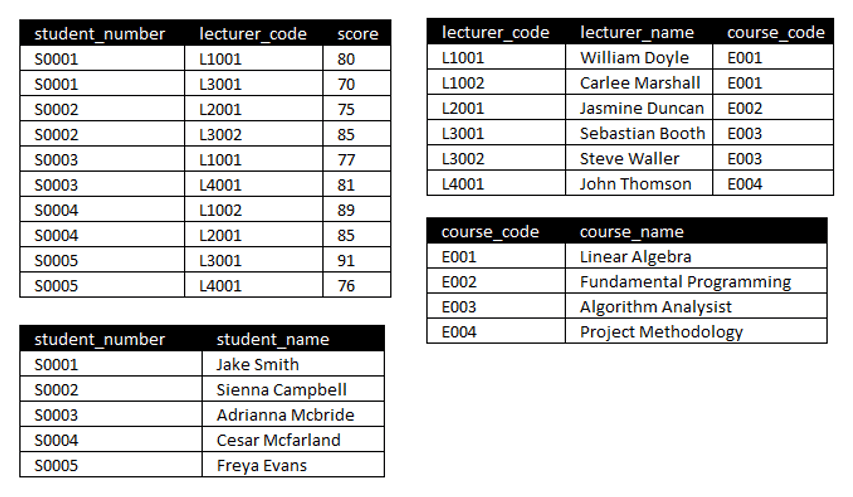 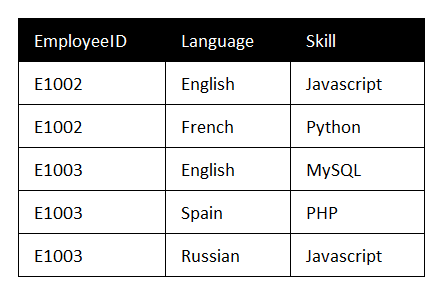 In that table, there are language and skill attribute that depend on the same primary key (EmployeeId), but those attributes are not related to each other. In other words, the dependency of those attributes violates the fourth normal form of the database table. To deal with this, we can separate both dependent attribut into a new table with the primary key, so the table will look like this 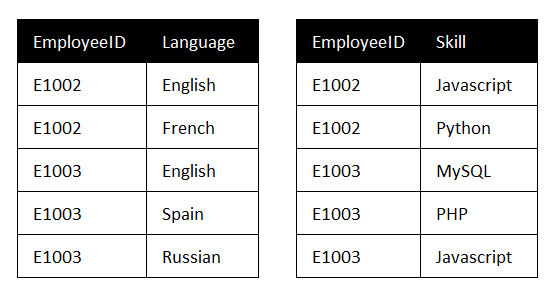 The table can satisfy the fifth normal form if the table is in the fourth normal form and the table cannot be decomposed into some smaller tables without losing some information. It's a bit complicated to understand, but let's try to take a look at the table of relationship between brand, distributor and the customer. 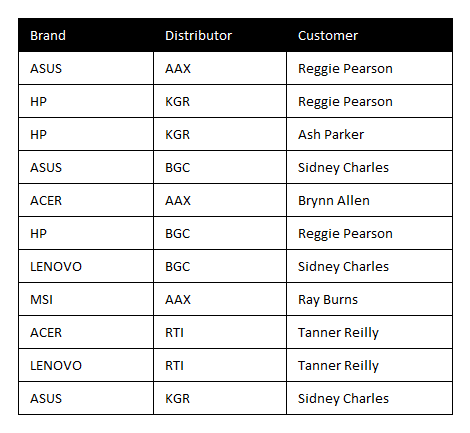 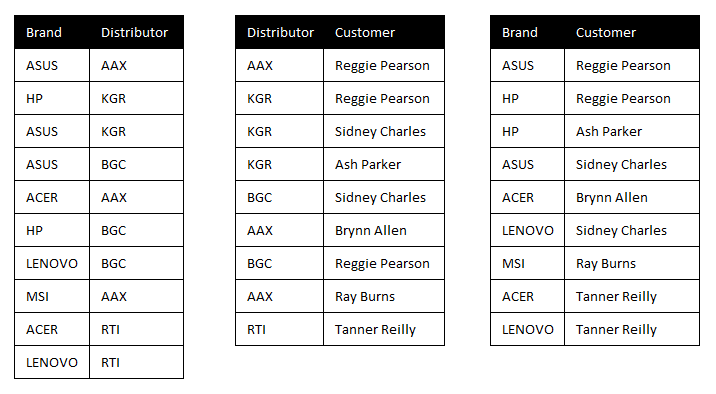 Where can you find IT and Cyber Security Experts?

Once suspended, fajarzuhrihadiyanto will not be able to comment or publish posts until their suspension is removed.

Once unsuspended, fajarzuhrihadiyanto will be able to comment and publish posts again.

Once unpublished, all posts by fajarzuhrihadiyanto will become hidden and only accessible to themselves.

If fajarzuhrihadiyanto is not suspended, they can still re-publish their posts from their dashboard.

Once unpublished, this post will become invisible to the public and only accessible to Fajar Zuhri Hadiyanto.

Thanks for keeping DEV Community 👩‍💻👨‍💻 safe. Here is what you can do to flag fajarzuhrihadiyanto:

Unflagging fajarzuhrihadiyanto will restore default visibility to their posts.