In their own words, "Arc is a peer-to-peer Content Delivery Network". Basically, a tiny portion of your users' bandwith and CPU will be used to power Arc's CDN. Arc promises that "it never impacts the user experience" and anyone can join the network, whether you have a single or a million monthly visitors.

Generating money from any kind of website without charging your users or showing them ads is an enticing promise. So I gave it a try!

Note that I'm not using Arc as a way to serve my assets, so this blog post is not about how fast and cheap Arc is as a CDN. It's about:

Getting started with Arc

Setting up Arc was fairly easy. The whole process, from signing up to testing in production, took me less than an hour. It may take you a little longer if you're not comfortable copy/pasting a few lines of code, but since you're reading this on dev.to, I think you'll get around the challenge!

My website is built with Hugo as a Static Site Generator and hosted on Netlify. So the whole process was this:

Then I provided an email address to receive PayPal payments and that was pretty much it.

Impact on the user experience

I ran Lighthouse tests before and after implementing Arc. Sadly, it doesn't look like injecting Arc's code is impact-less 🙁

My score before implementing Arc: 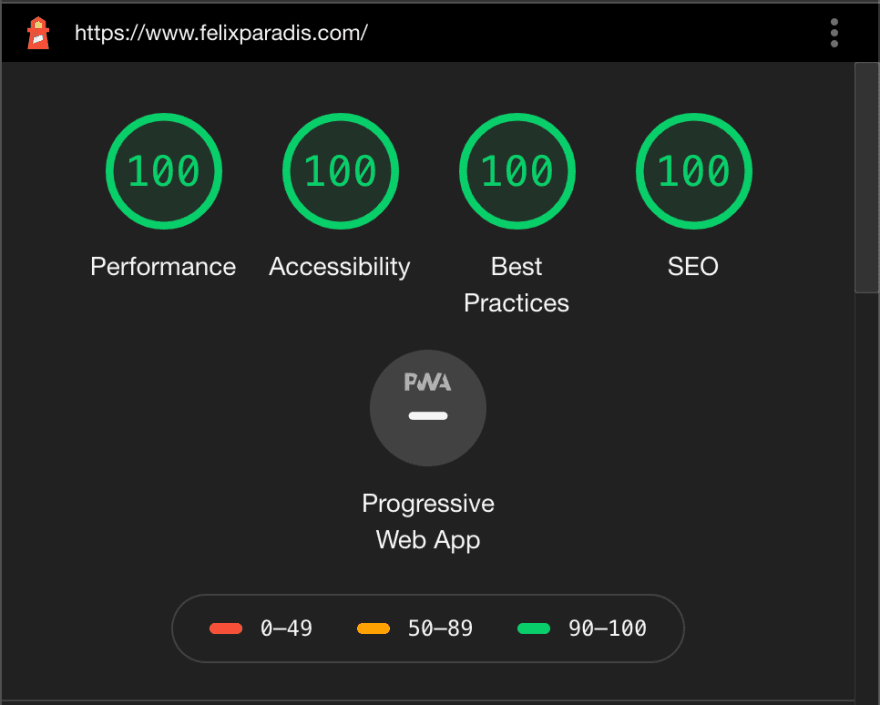 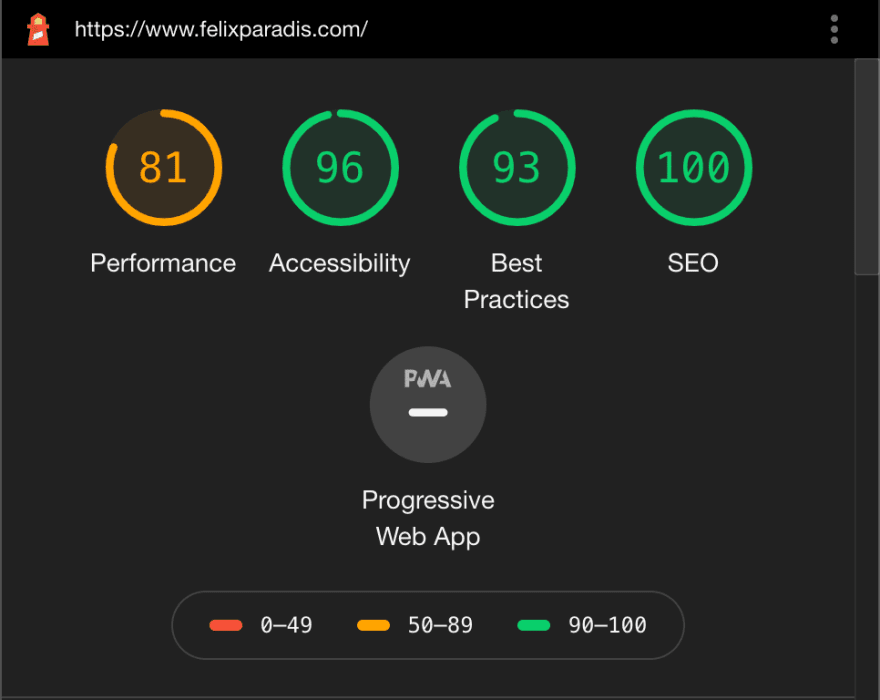 Then I noticed errors were being logged in the console... 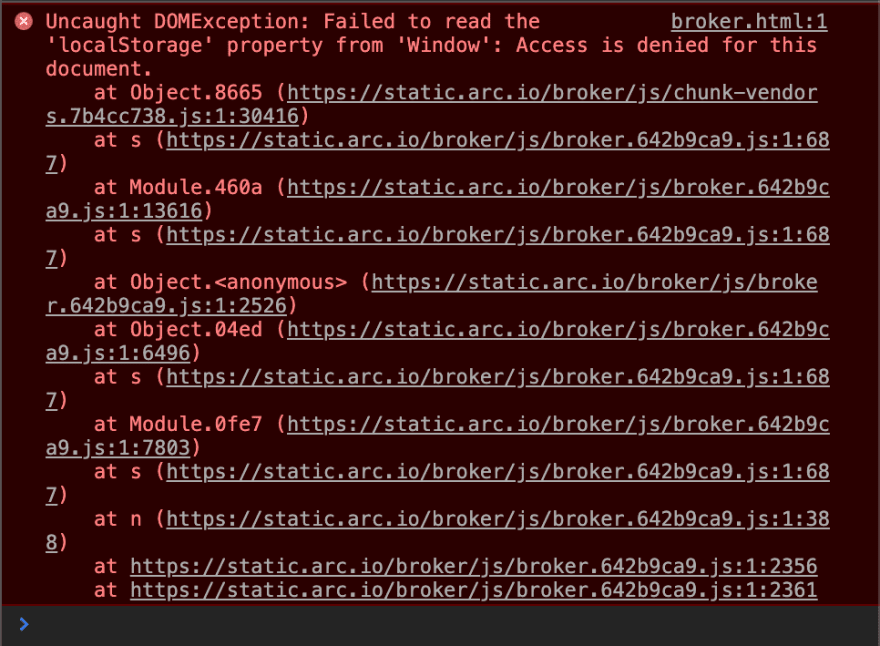 I wrote to Arc's team about this, pointing out that some of the issues were easy fixes. They kindly replied that they will be fixing them "shortly". I'm still eagerly waiting for those fixes in particular:

I'll update this blog post when I notice fixes. But Arc's reply included this:

We're currently experiencing unprecedented, explosive growth and our servers are absolutely melting. We're hands on deck to resolve that and right the ship.

So I don't know how short "shortly" is going to be.

To be fair, I cannot say that I notice slower performances now that Arc is on my website. When I browse it as an average user, the only noticeable difference is the blue circle with two white lines in the bottom left corner.

Is this generating income?

My website is, for the moment, pretty low traffic. Here is a screenshot of my Google Analytics homepage for the past 28 days. 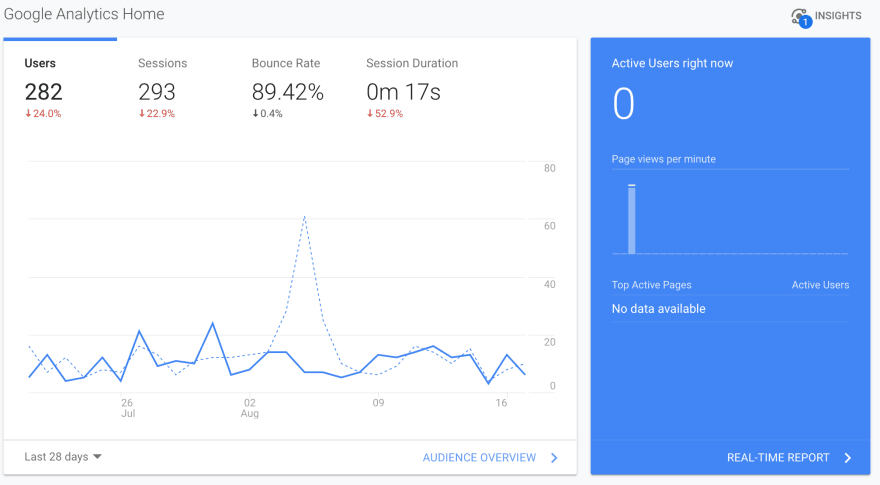 Yeah, there's room for growth. The traffic is so low that I couldn't possibly be accepted by any decent ad network at the moment. And yet... even with such a humble amount of visitors, felixparadis.com is now a source of passive income! 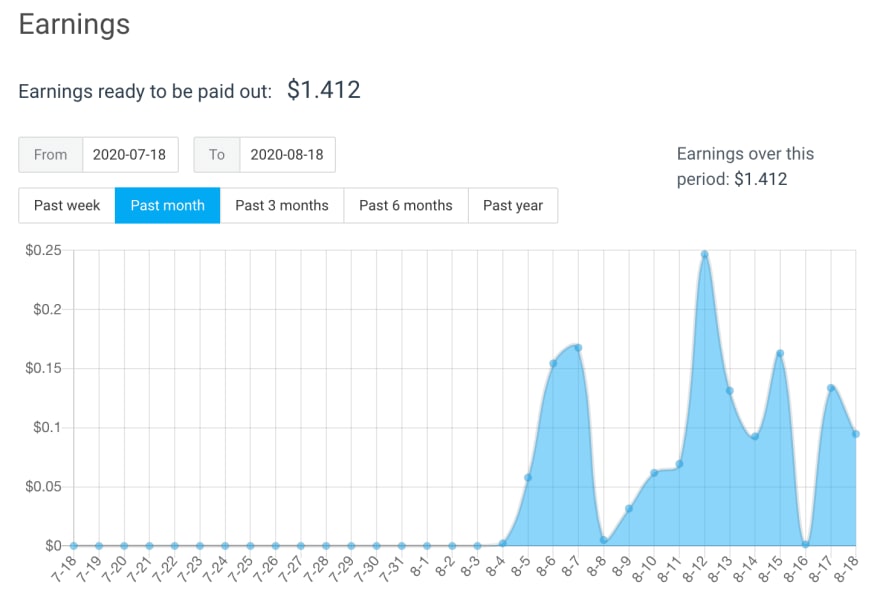 Ok, it's passive pennies. Just enough to cover the yearly cost of my domain name plus a few cheap beers. But considering how low traffic my website is, I'd say it's not bad at all! Remember, there are no annoying ads there. No asking for money anywhere, just a slightly bad Lighthouse score 😐

If you run some kind of free web app where many people spend many minutes, you probably could make decent earnings. I asked for arc.io reviews on Indie Hackers and Martin Ratinaud wrote back that he makes about 8$ per day for 400k views per month with edityouraudio.com. That's a daily not-so-cheap beer!

Is this ethical though?

When I entered "arc.io review" in Google Search, the first result was a post on Hacker News where almost everyone said they wouldn't use it, even though some admitted it's a cool technology.

Most criticism came from people seeing the idea of renting your users' bandwidth as somewhat sly and potentially not compliant with privacy regulations such as the GDPR, potentially.

You definitely should be wary of anyone asking you to inject their code into your users' browsers and Arc could do a better job of making us feel at ease (Maybe by being more transparent about who works there? Having an official Twitter account?). Also, while Arc's widget offers the possibility of opting out, some argue that it should be the other way around. Although, let's be honest, nobody would opt-in.

So, there is room for personal opinions here. But Arc is very legit when it comes to privacy and they only rent out users' bandwidth if they're on wifi. To me, it sounds like a good deal as a user too; I give money to people creating content I enjoy without actually giving them money. It's a win-win, no?

I think Arc is bringing an innovative solution to a real problem: creators like to get paid but users don't like to pay. There are still some rough edges around their technology, but this should get better... "shortly".

You do need a lot of traffic to generate serious income, but it's probably the easiest way to monetize any web project. As for the user experience, try scrolling the exact same article on felixparadis.com and see how it feels.

4 Errors I Made When Building A Financial Application

Félix Paradis
Interested in the Jamstack ecosystem. Big fan of remote work because also a big fan of living in the woods 🌲 Wannabe indie hacker!
Asking stupid questions
#beginners #programming #webdev #career
How to make your website rank on google 🔍
#seo #google #webdev
Which CSS Framework should I use ?
#discuss #webdev #beginners #help

Once suspended, feldev will not be able to comment or publish posts until their suspension is removed.

Once unsuspended, feldev will be able to comment and publish posts again.

Once unpublished, all posts by feldev will become hidden and only accessible to themselves.

If feldev is not suspended, they can still re-publish their posts from their dashboard.