Hey there. It's my first time on #dev.to community.

The reason why I wrote this blog is to let you all get a glimpse of why using a free and open source operating system is always better for people in the tech domain and also to break some myths about Linux. I have changed as a full-time Linux user a year ago and haven't looked back since.

Operating Systems have always been a fascination to me and I've tried a variety of the same from Macintosh System 1 through MS-DOS to latest version of BSD Unix.The following are some genuine reasons why I switched to Linux as my fulltime operating system.

Updates are a way of getting the brightest and greatest features and tools to stands out from the crowd. But if we have no control over it, it can break and disrupt your workflow.

Linux stands out in delivering timely stable updates and gives users a choice of either to download it or not so that you can have total control of your updates.

In Linux what's good to see is you could always select what to update and what not. This is very useful when we have limited memory and we only need to update security patches. 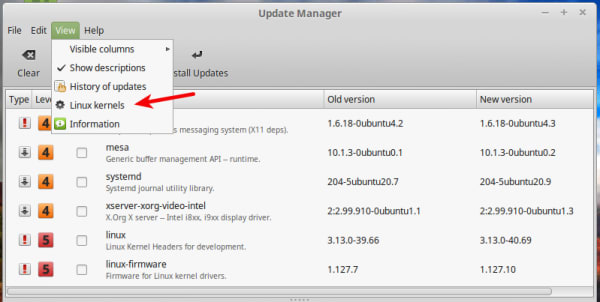 Now when we compare with other operating systems it's not the same. There is little flexibility with updates. Another plus point of Linux is that you can change and swap any new feature and integrate it into your existing configuration. It may not be a single click but you always have that option as well.

Most proprietary operating systems have their core designed in such a way that the OS can be used only if you have a decent system specification.

Since the internals like the kernel is so lite some (thousand LOC), you could bake up your customized Linux version which only uses RAM of around 400Mb....great right! Think about it, even your smartphone uses around 1.5Gb of ram on average.

This ultimately translates to the fact that you could run more apps and scripts with the limited specification.

Linux is and will remain the best ecosystem without debate for developers of the fact that it comes prebuilt with a plethora of suites and apps for the sole purpose of software development and because of the FOSS community that it is backed up by.

Another thing to consider for developers is because sources can be compiled and executed on Linux much faster.

Package management also plays a key role in making the TUX special for hardcore devs. One could selectively add or remove any packages at will. This is a more flexible way of getting things done much faster and be more productive at work. 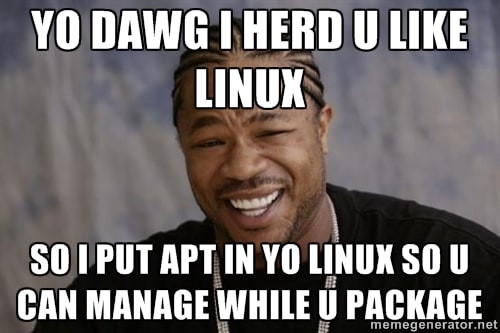 😎 Cool Fact : The above statements can be backed up by the fact that the top 500 supercomputers run on Linux and most cloud servers are powered by the TUX.

Reason 4: Get to solve real problems

It is greatly accepted that Linux is much harder for a newbie, it has changed to some extent but deep down it is the same. Linux was intentionally designed so that one can know the ins and outs of the computer system whether it's the software or the kernel interacting with the hardware.

To use Linux full-time or as your primary OS especially for a newbie is tough due to various reasons. For example, in some distribution,you need to write hardware-specific drivers for WiFi, Audio and such basic things. This might look very complex but once you get the hang of it you could solve bigger problems.

Linux is a great way of gaining some troubleshooting experience. It may give up on you but you have the power to always bring it back up if you are willing to do so!.

Reason 5: You have the ultimate control

It's not Apple or Microsoft or even Canonical that are controlling you. You are your 😎 Boss when it comes to Linux even if it's backed up by any MNC. 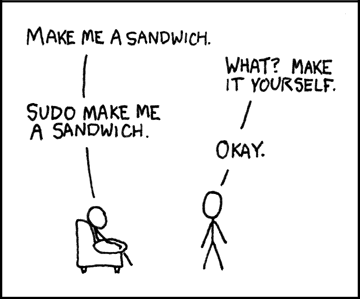 You have the supreme authority to have all permissions to edit any files as per your liking. File permissions are an entirely humongous topic when it comes to Linux. You can practice, understand and benefit a lot by knowing file permissions.

The whole firewall, VPN, SSH and every other aspect of the network can also be controlled at will.

Back in the days when Linux was young and tender, one might look at it and say: "An unfriendly dirty command-line O.S!".

Mind you!..those days are long gone.You can have pre-built beautifull linux distributions like Deepin, Elementary, Endless OS etc.. which are very much 21st century and a visual treat.Moreover since you are your own boss here,you could try out different desktop environments(layouts) or a window manager in th same system and select the best that suites you for different moods.You could have:

Tried all and don't like any? - Build your own desktop environemt

Customization of UI doesn't mean that you can only change the theme, fonts, icons, lock screen only. You could change the window buttons, you don't like the taskbar, you could change that as well. You could even change the boot-loader background or logo to say your dog's picture. The options are endless as long as your imaginations don't.

Note: You could emulate the looks of MacOS or Windows if you are that sort of person.

Other than a minute percentage of apps and OS vendors, the whole Linux operating systems and apps are open source and free to use and distribute. This makes it a joy for people like me to test out the best apps and OSs out there and to get inspired. 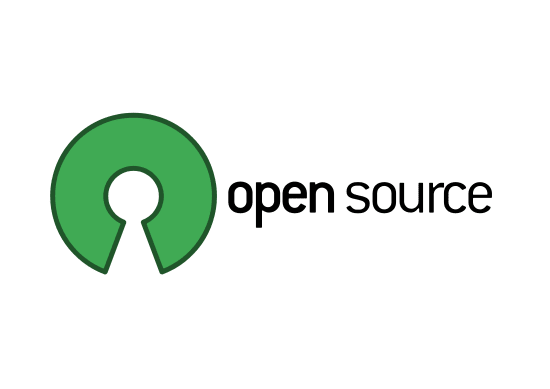 With the non-open source nature of other OS, it's not clear what's under the hood. The level of transparency even though is documented, but we can't see it. We don't know what all data are being collected but with Linux we know what are dealing with if we are willing to dig deep.

You might argue that then why I am using Google. For that my reply is: " Prepare for the worst! and Expect the best!."

It's a myth that Linux is immune to viruses. Any computer which is attached to a network is prone to threads and so does Linux. But the risk here is much less when we compare it with the likes of other operating systems because of Linux's Permissions.

The best thing about Linux is that you could always open a virus infected USB from other operating systems and even Linux binaries with malicious code can be copied to your file-system as long as you don't execute or give it necessary permissions, you're OK.

Even though Linux is great for many things, it falls short when it comes to the following things. 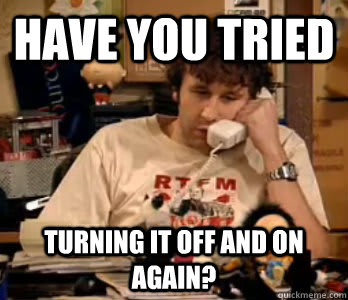 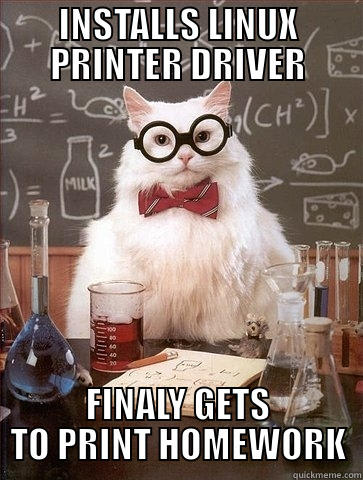 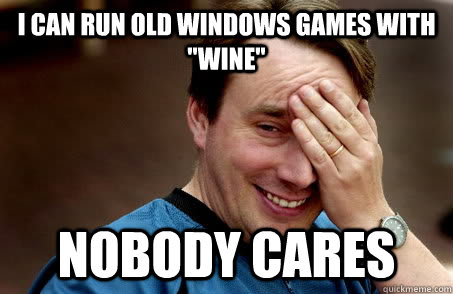 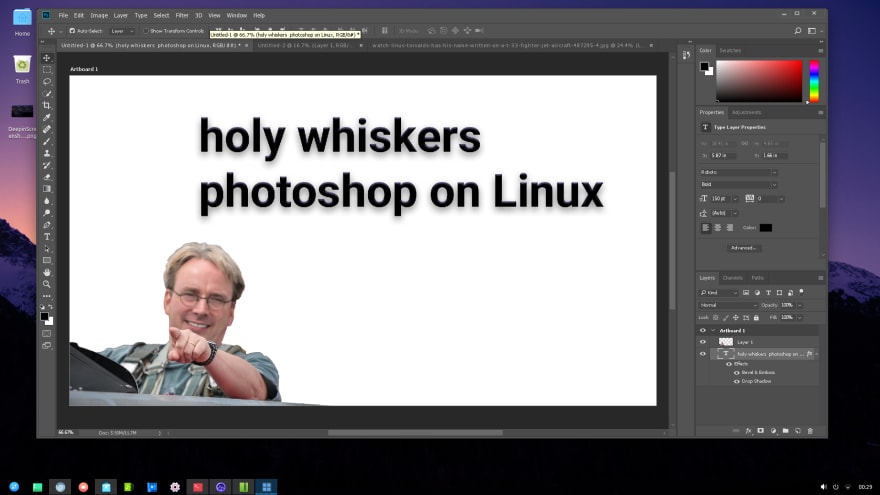 Folks that's the end of this blog. I hope you like it and feel free to contact me.

Yah..I know preferences and all. Different people like different things. But I don't find myself sitting on Windows anyone. I'm fed up that's all. I like Mac OS very much. It's user-friendly as well as productive.

Once suspended, gauthamp10 will not be able to comment or publish posts until their suspension is removed.

Once unsuspended, gauthamp10 will be able to comment and publish posts again.

Once unpublished, all posts by gauthamp10 will become hidden and only accessible to themselves.

If gauthamp10 is not suspended, they can still re-publish their posts from their dashboard.

Once unpublished, this post will become invisible to the public and only accessible to Gautham Prakash.

Thanks for keeping DEV Community 👩‍💻👨‍💻 safe. Here is what you can do to flag gauthamp10:

Unflagging gauthamp10 will restore default visibility to their posts.