If the answer to any of these is yes, attending DevFest Malaga ’19 is a must for you!

We are proud to announce the third edition of DevFest Málaga, one of the largest tech conferences in Southern Spain, that will take place on December 14th. We have the pleasure of counting with the School of Computing of the University of Málaga, where the event will take place.

GET YOUR TICKET HERE

Introducing some of our Speakers

We have crafted a top quality agenda from relevant companies who will share with us their experience working in cybersecurity, cloud, mobile and web development fields. Meet some of them: 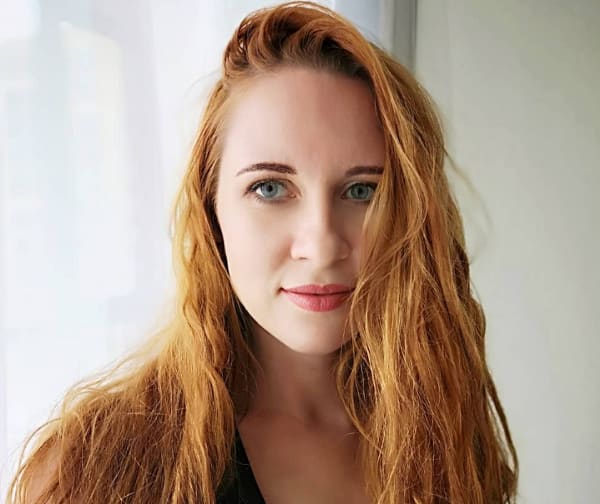 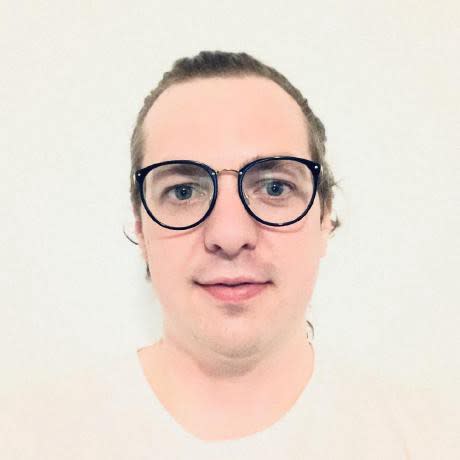 Bob is a technology entrepreneur, technologist and new media artist from the Netherlands. Founder of SeMI Technologies, consultancy firm Kubrickology and the chairman of the Creative Software Foundation. In March 2016, he started the open source knowledge graph Weaviate. Bob tarted his first Internet company at the age of 17. 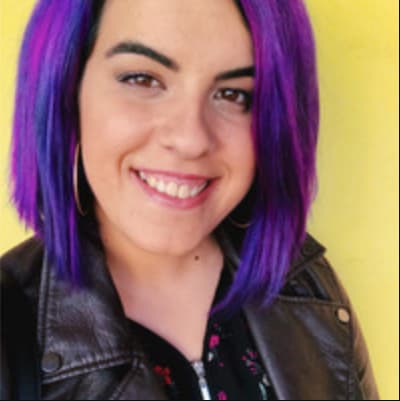 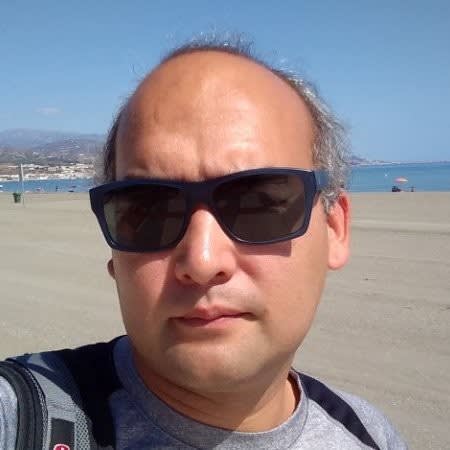 Karl Hiramoto, from USA, has been living in the Costa del Sol for more than 14 years. He’s an Engineer in VirusTotal, a company acquired by Google in 2012. He works with a team dedicated to file analysis. With more than 20 years of experience in the tech business, he has worked in Big Data, Firewalls, Routers, recessed systems and sensors, among other fields. 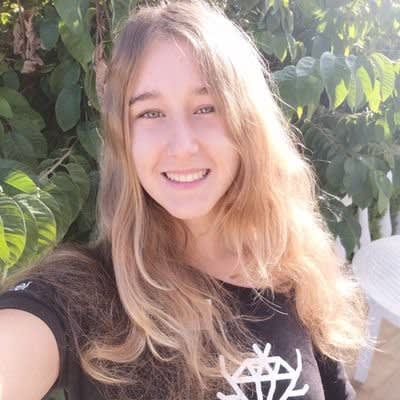 Born in Málaga, Estefanía has completed college at IES Jesús Marín. Her specialty is web technologies, and she often contributes to the open source community. Estefanía is the co-creator and maintainer of the Npkill utility that helps developers find and remove heavy & unused npm node_modules. 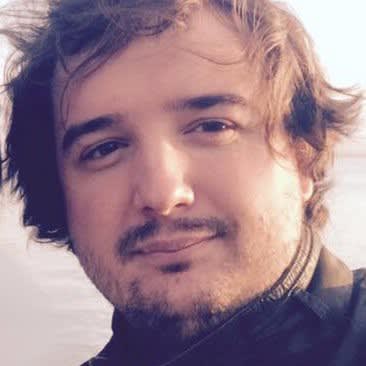 Javi Cepa is the founder and creative director of Pixelatto, an independent studio from Málaga known for its assets and tools for developers, and classic videogames, founded in 2014. He also teaches Programming and Design in the Videogames Masters degree, of the University of Málaga, and is one of the founders of Málaga Jam. 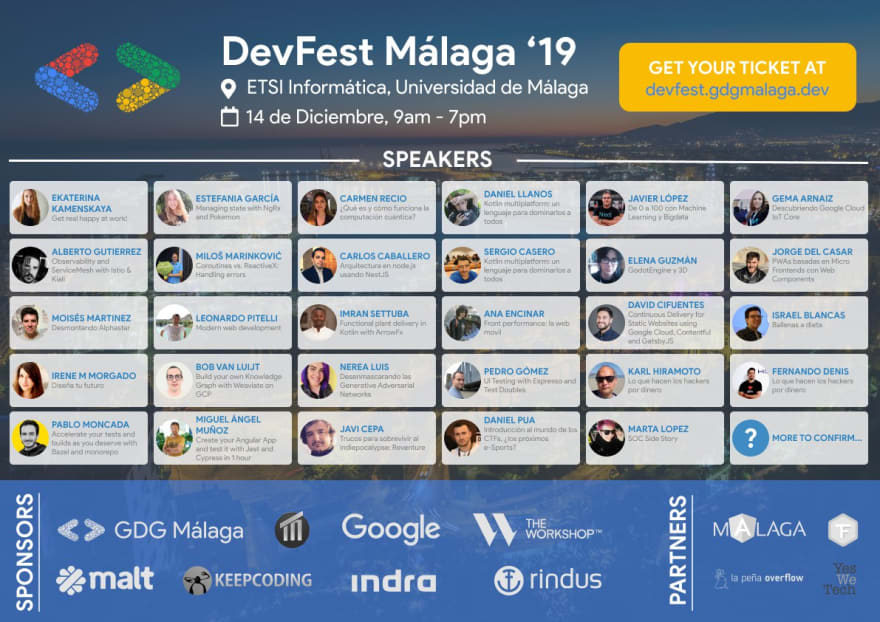 DevFest Málaga is being organised by the team that created Hackers Week (a week-long annual tech event that has brought together more than 1500 people since 2013); now leading GDG Málaga’s chapter to organise events & workshops focusing on Google’s and Open Source hottest technologies (such as Polymer, Machine Learning, Firebase, Google Cloud, Android, etc.) and other technical topics we find interesting (Linux, Angular…).

A huge thank you to the YesWeTech and La Peña Overflow communities for your collaboration, it wouldn't have been the same without you guys ❤️.

Google Developers Group Málaga is an independent group; our activities and the opinions expressed must not in any way be linked to Google, the corporation.

– Made with ❤️ by the team at GDG Málaga

How trigger browser to make a PDF from HTML using window.print()

GDG Málaga
Tech communities you should join! (online and in person)
#webdev #techtalks #community #programming
How do you focus??
#webdev #productivity #discuss #beginners
What are your Favorite Authors, on Which Topics, and Why?
#discuss #writing #watercooler #gratitude

Once suspended, gdgmalaga will not be able to comment or publish posts until their suspension is removed.

Once unsuspended, gdgmalaga will be able to comment and publish posts again.

Once unpublished, all posts by gdgmalaga will become hidden and only accessible to themselves.

If gdgmalaga is not suspended, they can still re-publish their posts from their dashboard.

Once unpublished, this post will become invisible to the public and only accessible to GDG Málaga.

Thanks for keeping DEV Community 👩‍💻👨‍💻 safe. Here is what you can do to flag gdgmalaga:

Unflagging gdgmalaga will restore default visibility to their posts.